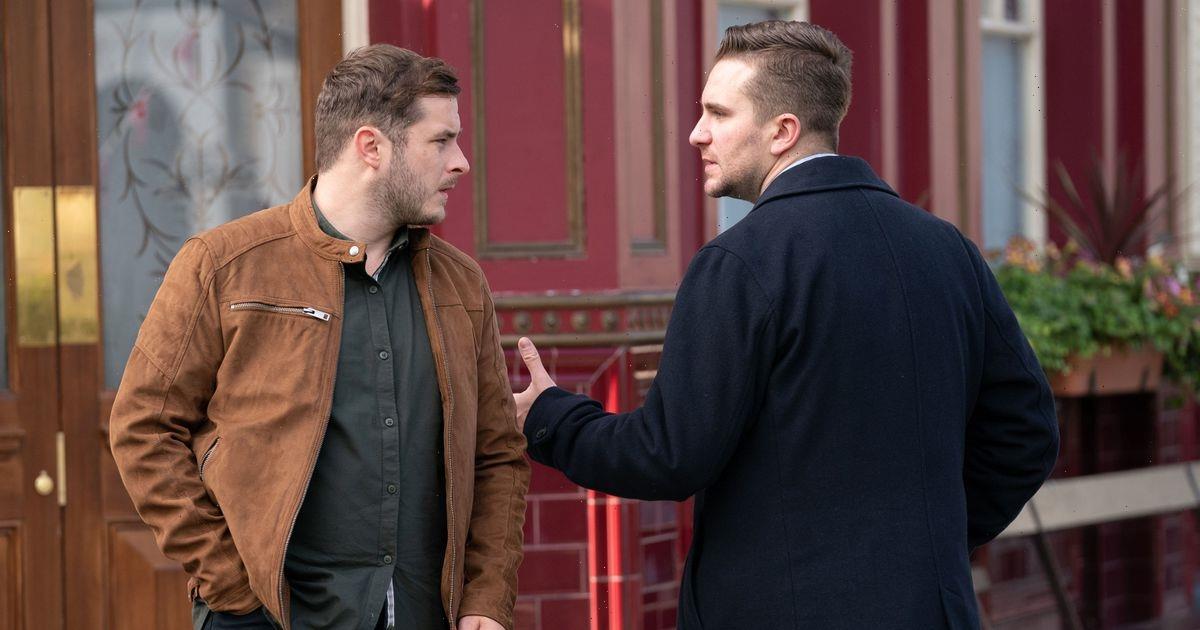 EastEnders star Max Bowden has joked that he and on-screen partner Tony Clay "row like a married couple" backstage.

Ben Mitchell and Callum Highway have become one the BBC One soap's most popular couples in the show's history.

The pair have been through plenty of tough times over the years and viewers have become attached to the couple as they continue to battle through their relationship struggles.

They have even been given the nickname "Ballum" by avid EastEnders fans who have created numerous social media accounts and YouTube videos dedicated to the pair.

Max opened up about his close bond with Callum actor Tony on the red carpet at the TV Choice Awards last week.

Speaking about the Ballum fandom, Max told Daily Star: "I think I love Ballum more than the fans.

"Tony and I are like best friends and we row like a married couple aswell so it works perfectly.

"I'm really grateful that we've been paired together."

Max also went on to tease what fans can expect from the Albert Sqaure regulars over the festive period.

"It's a really strong one this year and the audience are going to love it."

"Ballum" had their long-awaited reunion in recent scenes as Ben struggled to comfort his daughter Lexi Pearce (Isobella Brown) after she overheard that her mum, Lola Pearce (Danielle Harold) was sick.

As Lexi demanded to go to the hospital, former step-dad Callum came to the rescue and reassured her that they would take her.

Later on, Ben comforted Jay Brown (Jamie Borthwick), where Jay revealed his fears of losing the love of his life too soon and regretted not getting back with Lola sooner.

His words struck a chord for Ben, who is still in love with his ex-husband Callum, but has refused to act on his feelings.

And it seems Jay's words finally kick started Ben into action as he ran over to Callum's house to confess his love.

Fans went wild at the couple's long-awaited reunion and were delighted to see them rekindle their marriage.

EastEnders airs on BBC One