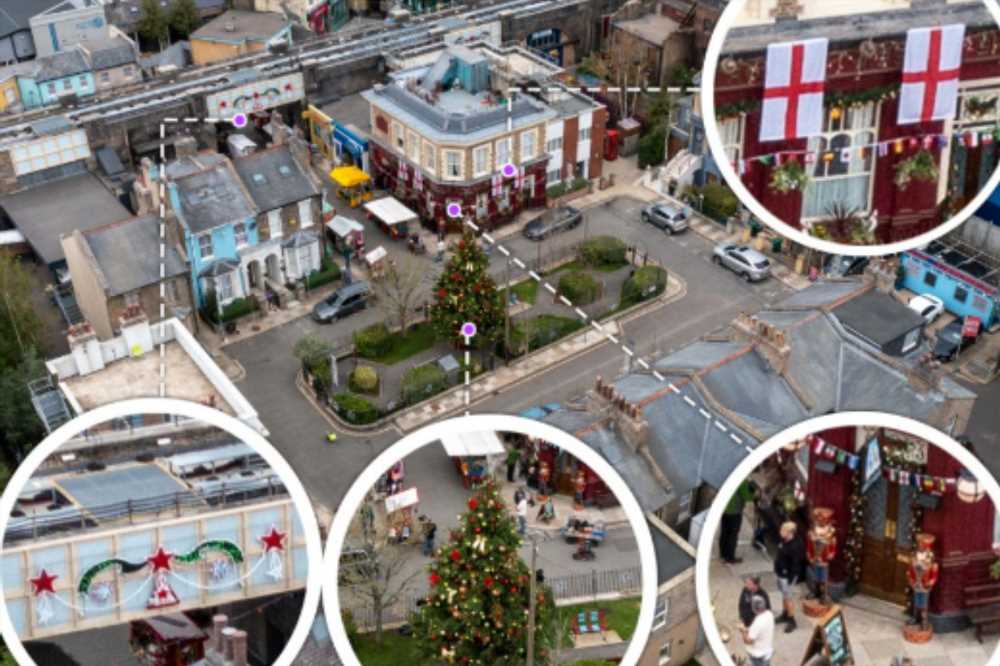 IT’S the most wonderful time of the year and the set of EastEnders has already got into the Christmas spirit early.

In new exclusive images, the newly-revamped set of Albert Square can be seen adorned by Xmas lights and decorations. 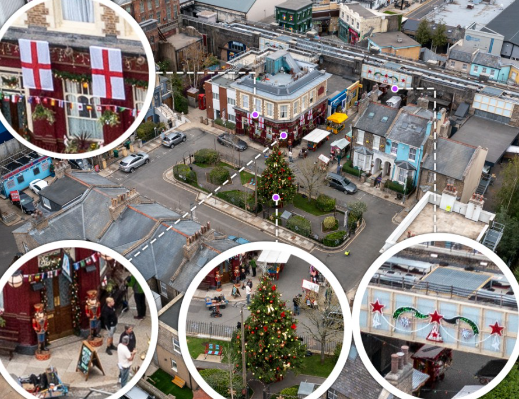 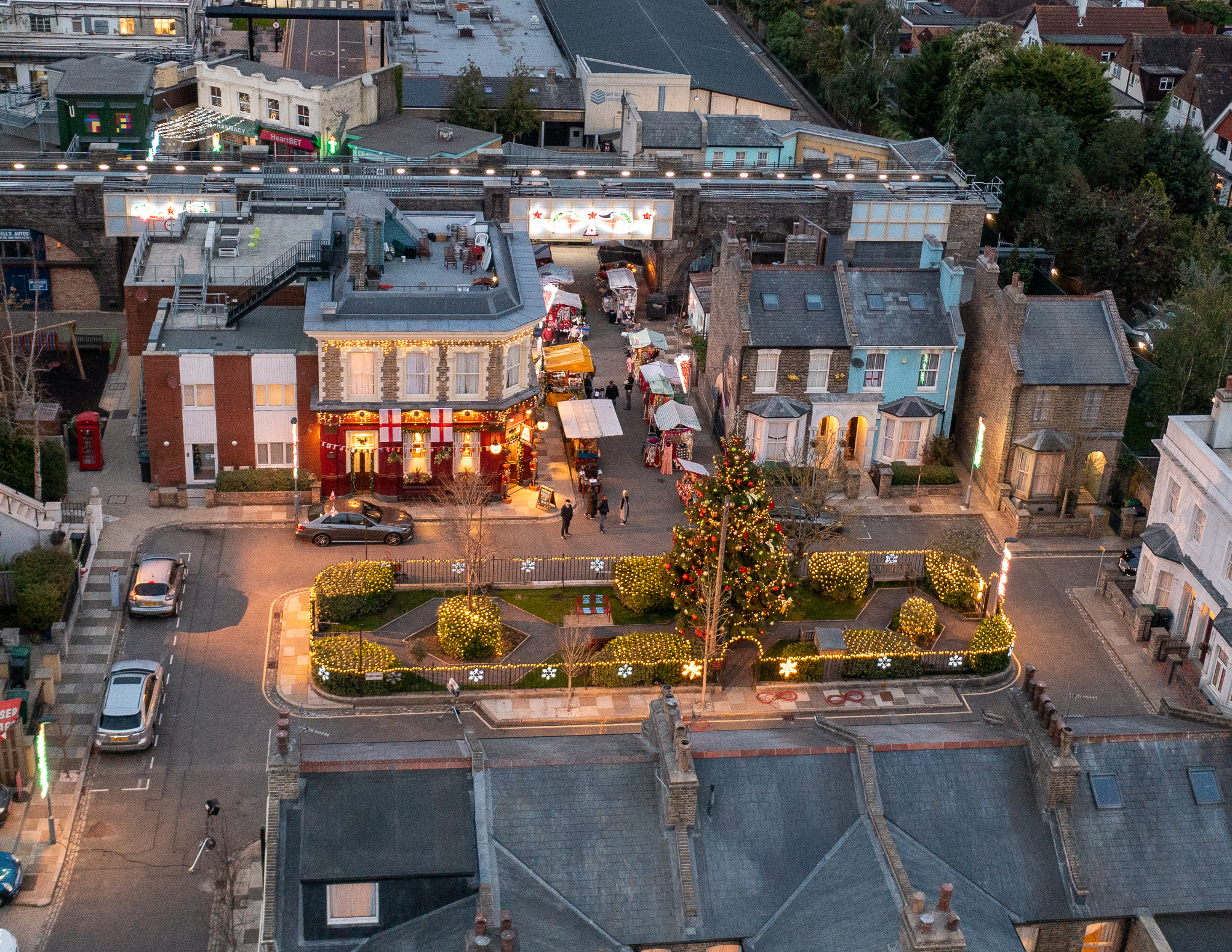 The centrepoint of the BBC One soap, The Queen Vic, has seen itself transformed into a winter wonderland as the front doors are now being closely guarded by two large nutcrackers who are bound to see a few fiery characters flung out of the pub’s doors during the usual Christmas chaos.

But its not just Xmas lights and tinsel that adorns the pub, where Mick Carter and his pregnant partner Janine Butcher live, but a whole host of flags too in order to celebrate the World Cup.

Amongst two large draping England flags, a cluster of smaller flags representing the countries taking part in the tournament can be seen hanging across the front of the Walford local.

The Queen Vic is likely to be packed to the rafters as the local residents come together to celebrate England’s performance in the match. 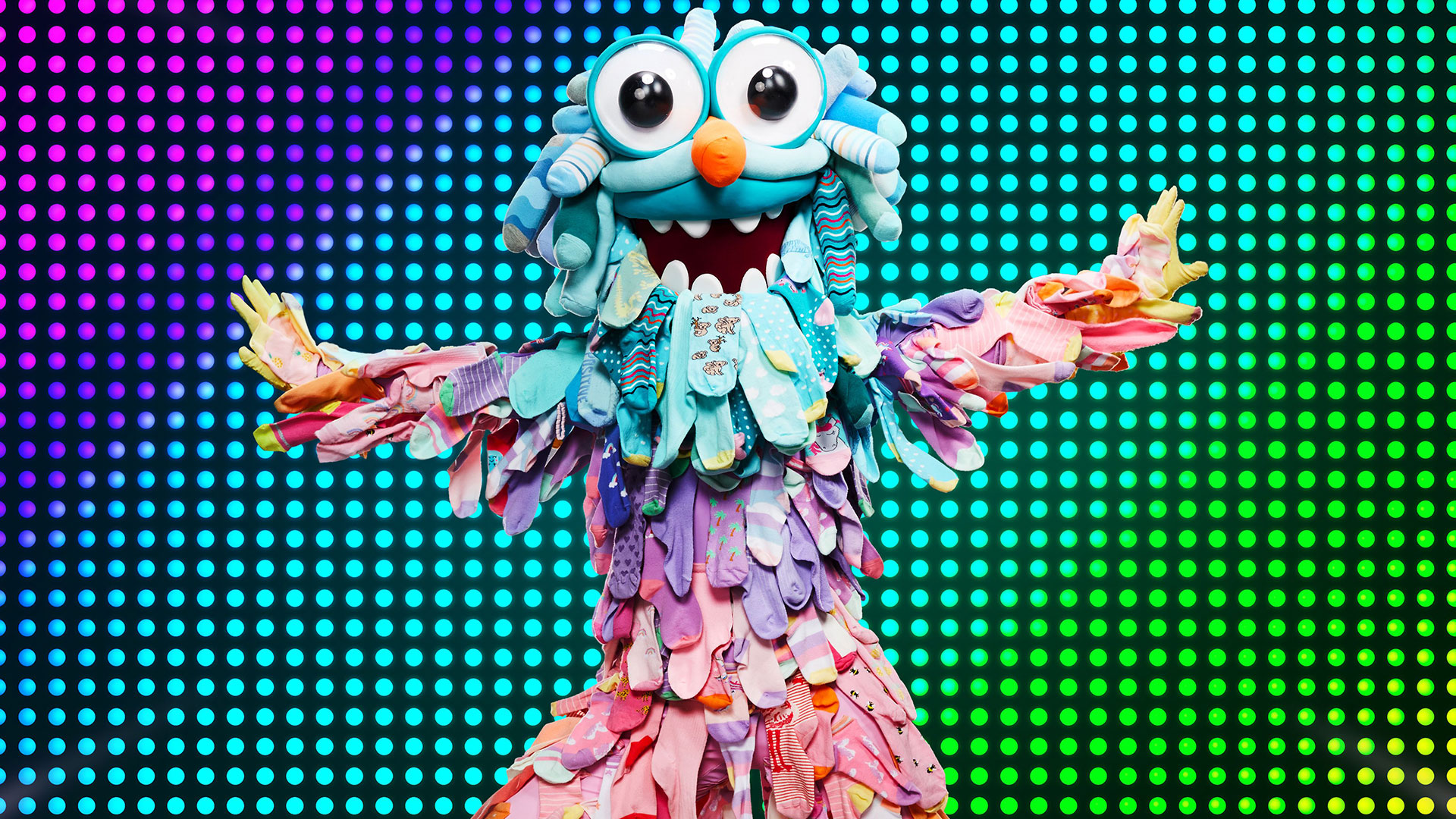 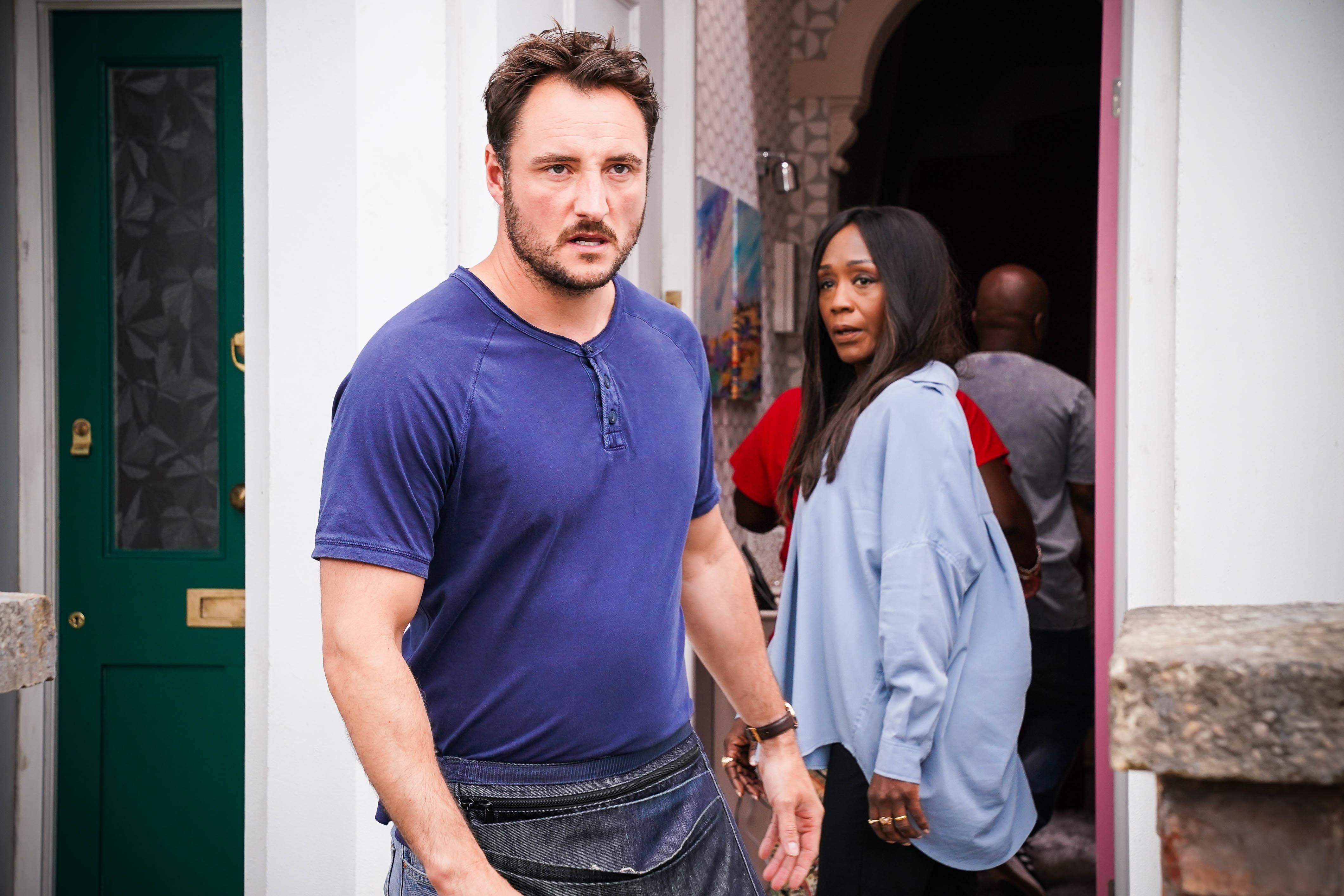 Elsewhere, Albert Square's iconic garden has seen its central tree undergo a huge new makeover in a bid to bring some Christmas cheer to its residents including Kat Slater, Sonia Fowler and Shirley Carter.

The high-rise tree can be seen wrapped in multi-coloured lights as it stands tall getting a birds-eye view into all the dramas on the square and being privy to all the dodgy dealings.

As the soaps film months in advance, the BBC stars will be hard at work creating the iconic Christmas episodes which often have repercussions lasting for months.

Some notable Christmas crackers include the revelation of Max Branning’s affair to his wife Tanya as well as Dirty Den serving Angie with a divorce.

Fans will be on tenterhooks as they wait to see if Christmas will be the end for Danny Dyer’s character Mick who is confirmed to be exiting the soap.

Speaking to The Sun earlier this year, the actor appeared to hint at a Christmas exit.

Danny said: “It’s time to move on now. I’ll be very sad. I will be. It’s an emotional thing, you become very attached. But it’s time to roll the dice.

“Maybe it’ll come out at Christmas. When they get it right there ain’t no better show on the television.” 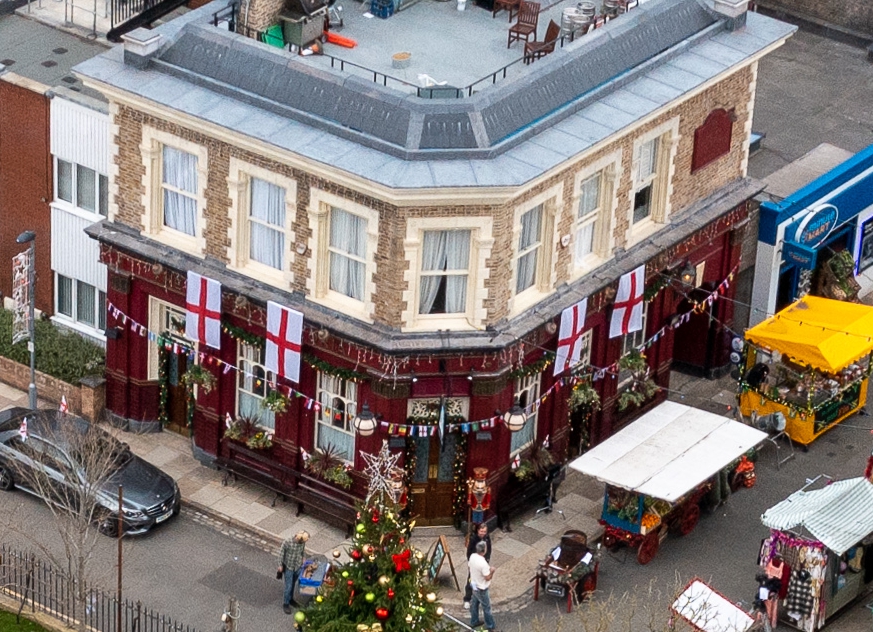 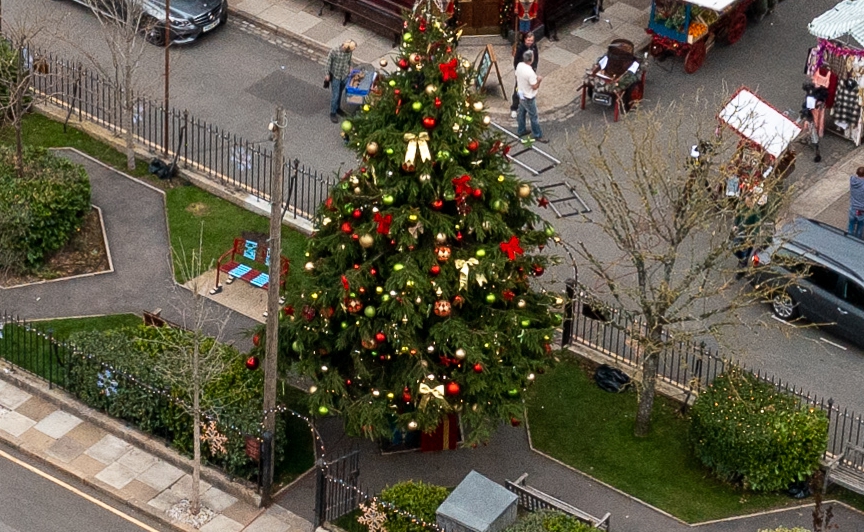 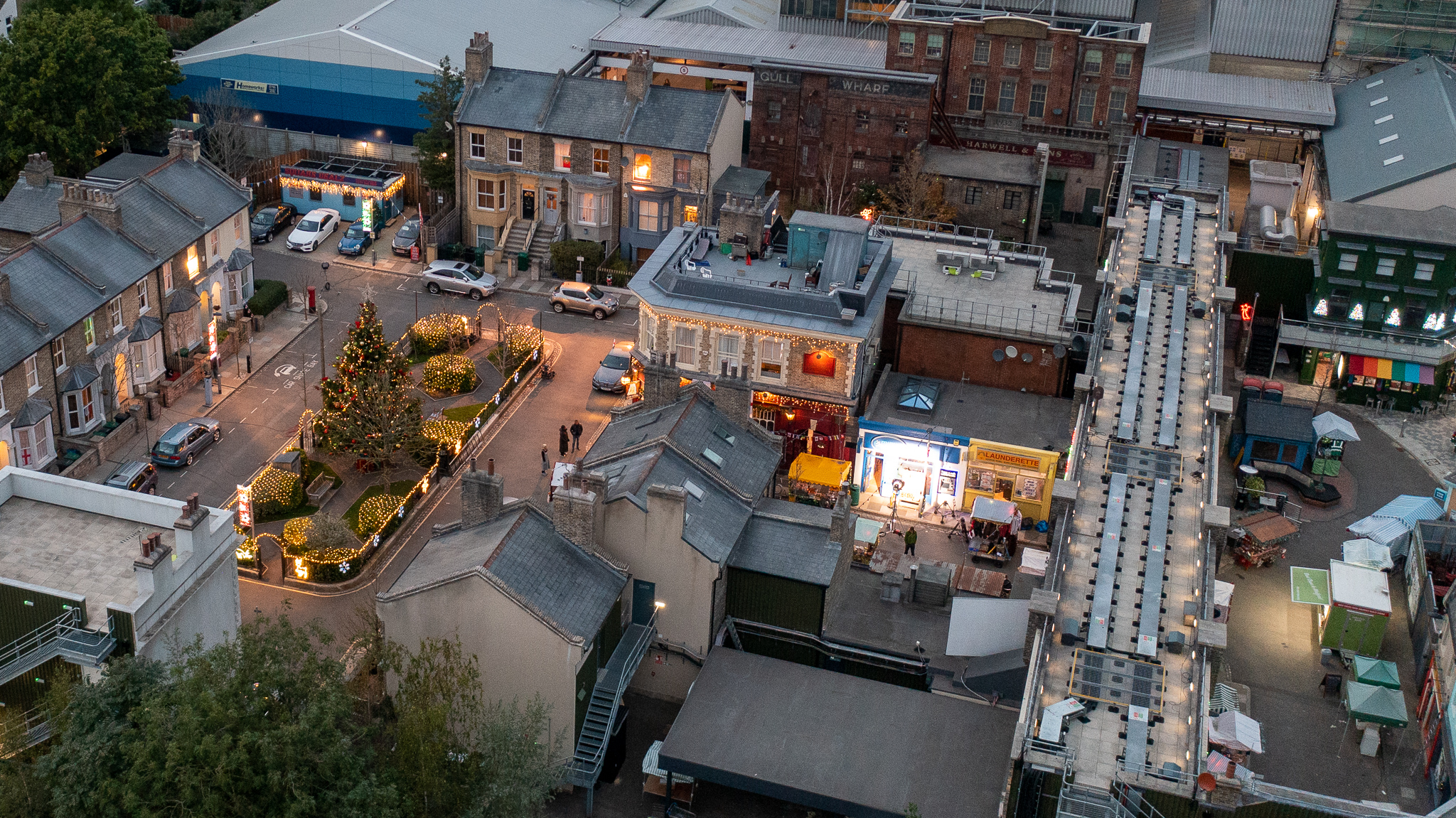 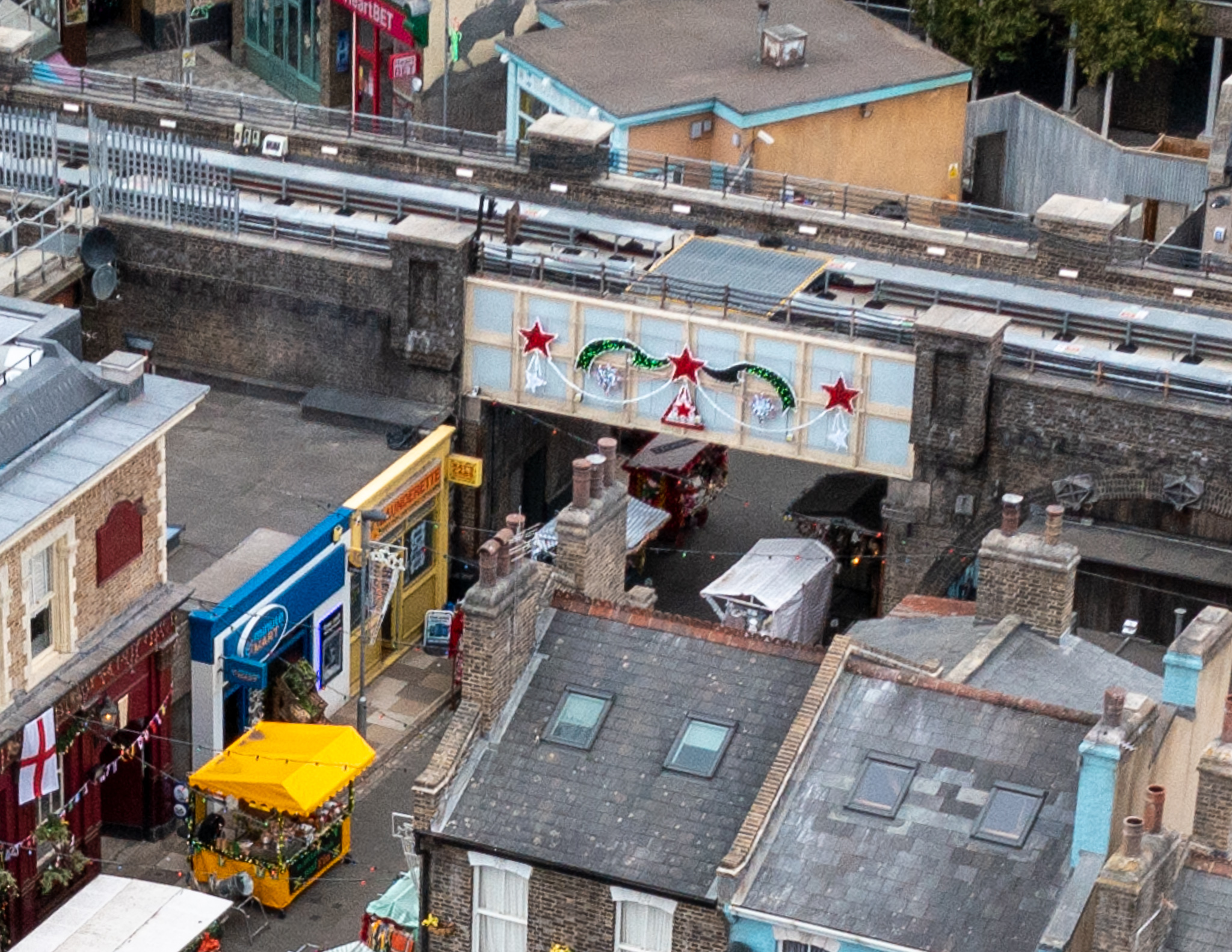