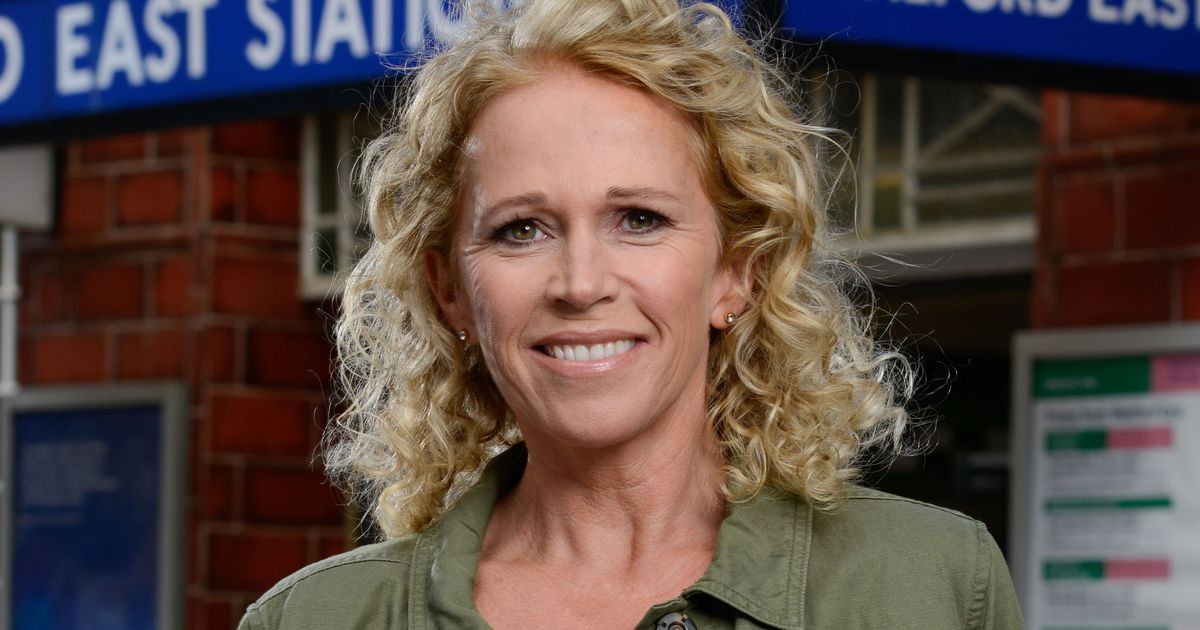 EastEnders fans were super excited on Friday, as the BBC soap appeared to pave the way for Lisa Fowler's return, as she finally learned a baby bombshell.

It was confirmed recently that Lucy Benjamin would be reprising her role as Louise Mitchell's mother.

Teenager Louise is currently pregnant with fiancé Keanu Taylor's baby, and had yet to break the news to her mum until some advice from family friend Mel Owen.

Lisa's best friend Mel encouraged Lou to open up to her mum, while the teen was worried the news would make her mum unwell, following her mental health issues.

But Louise finally made contact with Lisa during the latest episode, confirming she was going to be a grandmother.

She also opened up about her romance with Keanu, and told her mum she'd send her photos to update her on her new life.

The sweet scenes were the first time Lisa was mentioned for a while, asides Thursday's episode, and the first scenes she sort of appeared in since her last stint in Walford back in 2017.

Lisa suffered a breakdown and kidnapped Louise before seeking help, while Mel confirmed on Friday that Lisa was in a good place again and now lived in Croydon.

Viewers loved the scenes between the trio, with Lisa and Mel being popular characters back in the day when they lived in Walford.

Taking to Twitter , fans questioned what it meant as others admitted they were gutted her return was coming so close to Mel's exit.

One fan said: "And therefore Lisa's return should be very soon," followed by a series of party emojis.

Another asked: "Is this the start of Lisa returning then?"

Others shared the same thoughts, while fan admitted: "It bothers me that Mel's been back 18 months and they're only bringing Lisa back just as she's leaving again."

EastEnders airs Mondays and Fridays at 8pm, and Tuesdays and Thursdays at 7:30pm on BBC One.