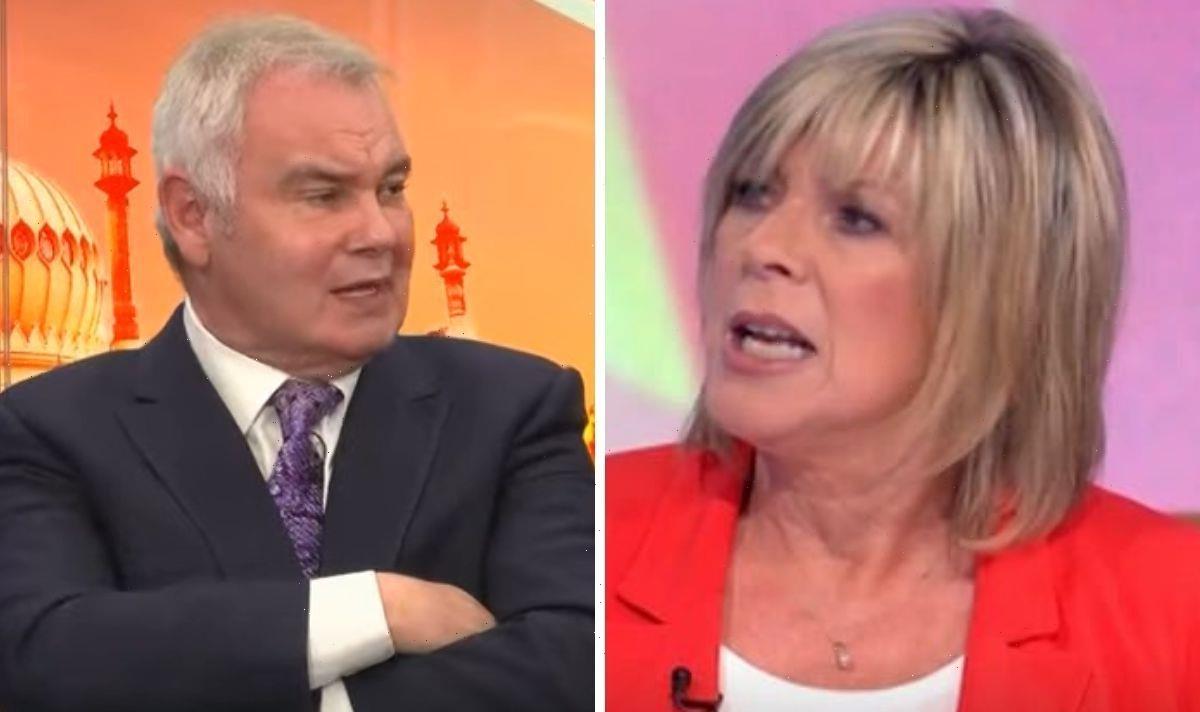 Eamonn Holmes says his dog is his ‘fifth child’

Husband and wife presenting duo Eamonn Holmes and Ruth Langsford used to co-host the Friday segment on This Morning before they were replaced by Dermot O’Leary and Alison Hammond. Despite not working alongside one another anymore, Ruth has continued to feature on Loose Women, while Eamonn took on a permanent role on GB News.

The duo often publicly chat about their marriage and family life, but during Monday’s Breakfast with Eamonn and Isabel, the 62-year-old made a cheeky dig about his wife and children.

Eamonn shares his oldest children Declan, Rebecca, and Niall with his ex-wife Gabrielle, while he and Ruth share their youngest son, Jack Holmes.

The other love in Eamonn’s life is the family’s rescue dog, Maggie.

“I saw this story and it made me think of you,” Isabel told her co-host.

“It’s why dogs are like surrogate children and I thought of little Maggie and how she really is your fifth child.”

“She is, I mean, I would put my children up for adoption before I would get rid of my little rescue dog,” Eamonn joked.

“Is that right?” Isabel asked before Eamonn replied: “She is, I would I definitely.

“Yeah, I think everybody in my house is at risk of being given away except the dog.”

Isabel asked: “Is that because Maggie doesn’t give you any back chat?”

“She gives me love (which) is unconditional. No questions asked,” Eamonn replied.

“She doesn’t seek anything in return and I just feed her quite a lot, so she and I get on quite well.”

“I definitely think that is a thing, I would like an animal instead of a third child,” Isabel admitted.

“I am at that stage where I’d ready to nurture a new life.”

As Eamonn suggested his co-star get a rescue dog, she went on to explain you’re not allowed to have one if you have a child under the age of seven in the household.

He went on to make a cheeky swipe at his wife, Ruth: “If my wife had the temperament of my dog that would be fine.”

Isabel was left chuckling at Eamonn’s cheeky dig aimed at his other half before the pair moved on with the rest of the show.

The host was forced to take a break from his role on GB News while he recovered from his illness.

Ruth also kept Loose Women viewers and her fans updated about her husband’s health, explaining he was admitted to hospital because of his bad back.

“He’s resting at home but he’s had this bad back problem and it played up again and he ended up in hospital for a couple of days,” Ruth said on Loose Women as she gave a health update.

“It’s been a bit worrying that’s why I wasn’t here last week and he is out now and resting at home.”

Breakfast with Eamonn and Isabel airs weekdays on GB News from 6am.