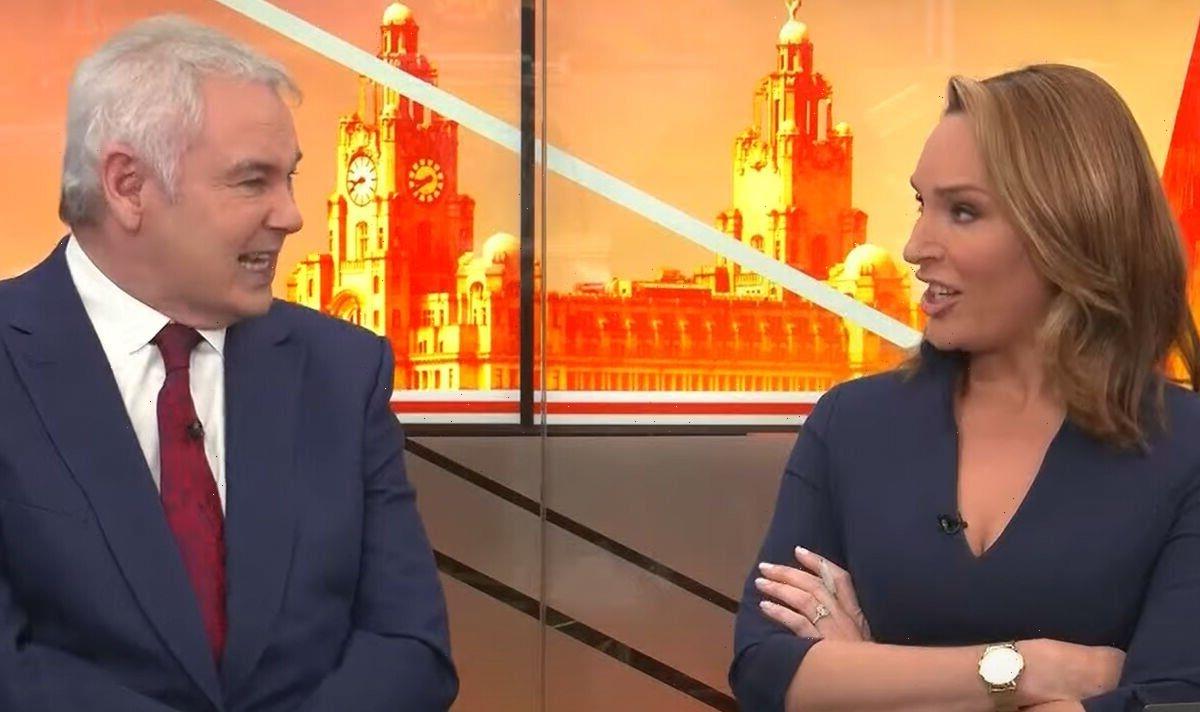 GB News presenter Isabel Webster hit back at her co-host Eamonn Holmes on Tuesday as they discussed the decision by the Brit Awards organisers to review gender-neutral prizes. The news comes after Sam Smith voiced their frustration at there being no women nominated for best artist following his call for gender-neutral categories.

Isabel explained: “[The Brit Awards] is reviewing its stance on gender neutral gongs following the announcement of an all-male shortlist for the artist category.”

“So this is a good idea until it’s not a good idea?” Eamonn questioned.

“It’s a good idea lets scrap the categories and guess what we’ve only voted for men so women don’t get a look in,” Isabel quipped.

“Maybe they just voted for the best singers, the best performers?” Eamonn suggested.

Read more: Eamonn Holmes jibes he gets ‘complaint after complaint’ about co-star

Isabel asked her co-host whether he thought “that was the case”.

“I have no idea what do I know?” Eamonn hit back. “But I’m just saying as usual with women if it doesn’t go their way they want it changed.

“So we do everything to change the rules to favour you guys?”

“It wasn’t to favour [women] it was to make it gender neutral,” Isabel remarked.

“It was Sam Smith who came out and said, ‘We don’t want to be identified by our gender’.

“Why don’t they have a separate Sam Smith award?” Eamonn asked.

His co-host continued: “We don’t have a women’s category anymore and guess what women don’t even get an award at all.”

Eamonn suggested female artists might not have been “good enough”.

“Although I should say the point was made to me this morning, in books for example, The Booker Prize there aren’t gender categories so why is it different in music?”

In a recent interview, Sam criticised the Brits for failing to nominate any women for Bets Artist.

“It is a shame,” they told The Sunday Times. “Things are moving forward, but it’s obvious it’s not there yet. From seeing that [Best Artist] list, there is still a long way to go.”

“It’s incredibly frustrating,” Sam continued. “It feels like it should be easy to do. [The Brits] just have to celebrate everyone because this is not just about artists getting awards. Awards are for kids watching on TV, thinking, ‘I can make music like this.’

“When I was young, if I’d seen more queer people at these awards it would have lit my heart. Awards are there to inspire.”

The singer went on to suggest Cat Burns, Anne Marie and Florence Welch as female artists that could have been nominated.