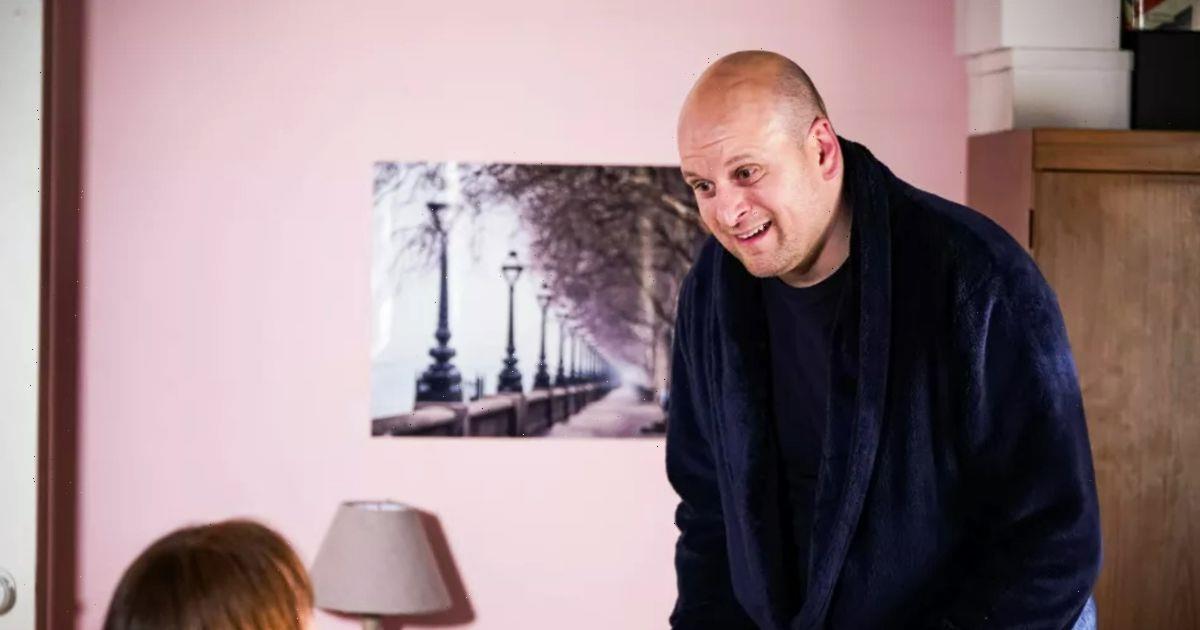 EastEnders fans think they've predicted a shocking new affair for the next big storyline in the soap.

During Thursday's episode, viewers noticed that two characters started to grow closer which could be a glimpse into what to expect coming up.

Getting no help with the baby from Stuart, Rainie has been turning to her neighbour Mitch for some help.

Although she first thought he was too exhausted from his treatment to be hands-on with Roland, Stuart recently made a heart breaking confession to Rainie.

He admitted to having no feelings for the infant and if he could he'd give Roland back to the surrogate mum Bernie.

Devastated by the news, Rainie tried to get her head together when she ran into Mitch who noticed she wasn't ok.

Helping her look after the baby, the duo got speaking as Rainie covered for Stuart by saying things have been difficult having a new baby while her husband is ill.

Before she left, Mitch assured her that he was there for her "anytime" as he took her arm.

As it's been evident to viewers the neighbours have been growing closer over the past few months and people are convinced it's building up to them having an affair.

One Twitter user said: "My "I'm sad so I'm going to have an affair" klaxon is BLARING during this Rainie and Mitch scene."

Another posted: "Rainie and Mitch up a tree…"

Before the episode came to an end, we got to see Stuart and Rainie have a chat about their child.

Rainie said: "I don’t hate you, Stuart, I just don’t understand you. You don’t love our baby and that breaks my heart.”

She then admitted: “I wish you were addicted again, Stuart, because that would be a damn sight easier to live with.”

EastEnders continues on BBC One Monday to Thursday at 7.30pm.