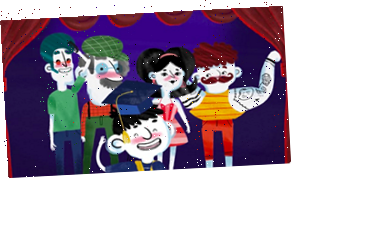 “Storytime With Sound Effects” is a hit Colombian series which has been airing since last year on its public broadcaster Señal Colombia and has garnered several awards, including the Prix Jeunesse Iberoamericano and the Award for Best Television Series at Festival Kolibri. The show was also selected for the Japan Prize 2018, among other plaudits.

“Storytime With Sound Effects” comprises of 13 episodes of five minutes each and features stories and illustrations which were selected from an open call competition. A second season is currently in development and will be pitched at Cinekid’s Junior Co-Production Market in Amsterdam.

On top of selling the first season of “Storytime With Sound Effects,” Dutch Features is also handling pre-sales on the second season, as well as tying down co-production partners for the second and third season. The company is also looking to expand the open-call to other countries.

Each episode of “Storytime With Sound Effects” tells a new story inspired by the physical, emotional and
academic transformations experienced by preschoolers. The characters are created with a strong focus on gender equality and a diversity of looks, feelings, backgrounds, and beliefs. The episodes feature Papa BlahBlah and his son Hehe, both live action characters, who read stories and give a voice to the different animated characters while creating their own sound effects.

Dutch Features’ slate also boasts the Czech Emmy-nominated webseries #martyisdead, as well as Dutch revenge thriller “The Columnist,” which stars Katja Herbers (“Westworld,” “The Americans”) as a columnist who decides to take bloody revenge on her social media trolls.

“The Columnist” premiered at the Berlin Festival’s European Film Market in February and recently won the Audience Award at the Fantasia Festival.