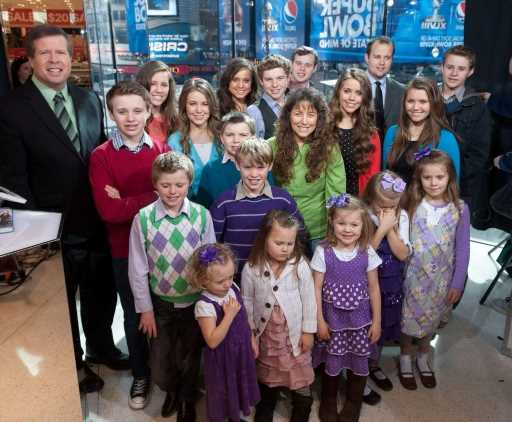 Fans of the Duggar family wondered what would happen to TLC’s Counting On in the wake of the Josh Duggar scandal. Recently, the network announced it would not renew its contract with the family. But eagle-eyed critics noticed Justin Duggar and Claire Spivey were filming something as a couple — and it has everyone wondering what for.

While the Duggar family won’t return to TLC with a new season of Counting On, there’s a good chance we’ll continue to see the Duggars in some capacity. And eagle-eyed critics already noticed Justin and Claire started filming something new with a videographer.

Reddit users noticed Gabriel Johnson, a videographer, filmed something for Justin and Claire — though they’re not sure exactly what. “Couple’s video shoot this evening!” Gabriel captioned a photo of his camera on his Instagram Stories. The photoshoot looked like it took place outdoors. He then tagged Justin and Claire in the post.

Justin and Claire wed in February 2021 after just three months of engagement. Fans and critics alike questioned the quick courtship and marriage, as Justin’s only 18 years old. But the young couple seemed sure they wanted to marry, and so they did.

So, why did Justin and Claire get together for a video shoot? Duggar family critics on Reddit suspect it has something to do with a pregnancy. Justin and Claire could shoot their own footage regarding the news and post it to social media for all to see rather than rely on TLC to relay the footage on Counting On.

“Why would someone post this, it’s so clearly a pregnancy announcement … right?” a critic posted to Reddit. “I mean, what else could it be?”

“I hope it’s not a pregnancy announcement but it probably is,” another critic wrote.

“It’s absolutely a pregnancy announcement,” yet another critic guessed. “They wouldn’t be paying for another set of professional couples photos less than six months out from their wedding photos.”

Others think Justin and Claire could’ve hired a videographer for a professional intro to a YouTube channel, though. This would be a much more favorable outcome for fans and critics.

Why did ‘Counting On’ get canceled? TLC stopped renewing the show

Now, in 2021, Josh has the family in more trouble. Police arrested Josh in April 2021 on suspicion he obtained child sexual abuse content years prior. Homeland Security Investigations Special Agent Gerald Faulkner noted police flagged a computer at Josh’s place of work in 2019 for downloading the content.

When the news first broke, it seemed like TLC would continue Counting On. “19 Kids and Counting has not aired since 2015,” the network first noted. “TLC canceled the show on the heels of prior allegations against Josh Duggar and he has not appeared on air since then.” They finally decided to not renew the series at the end of June 2021.

How to get help: If you or someone you know has been sexually abused, text HOME to the Crisis Text Line at 741741 for free and confidential support.