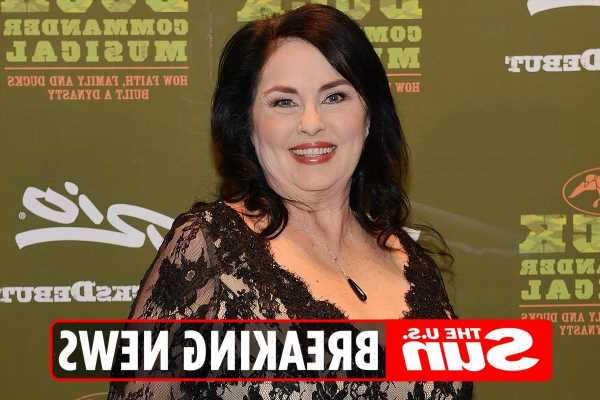 DUCK Dynasty’s Kay Robertson was hospitalized after suffering a dog bite that left a chunk of her lip “ripped off.”

The 73-year-old’s husband, family patriarch Phil Robertson, explained that he woke up to his wife “profusely bleeding” following the scary attack and rushed her to get emergency medical attention. 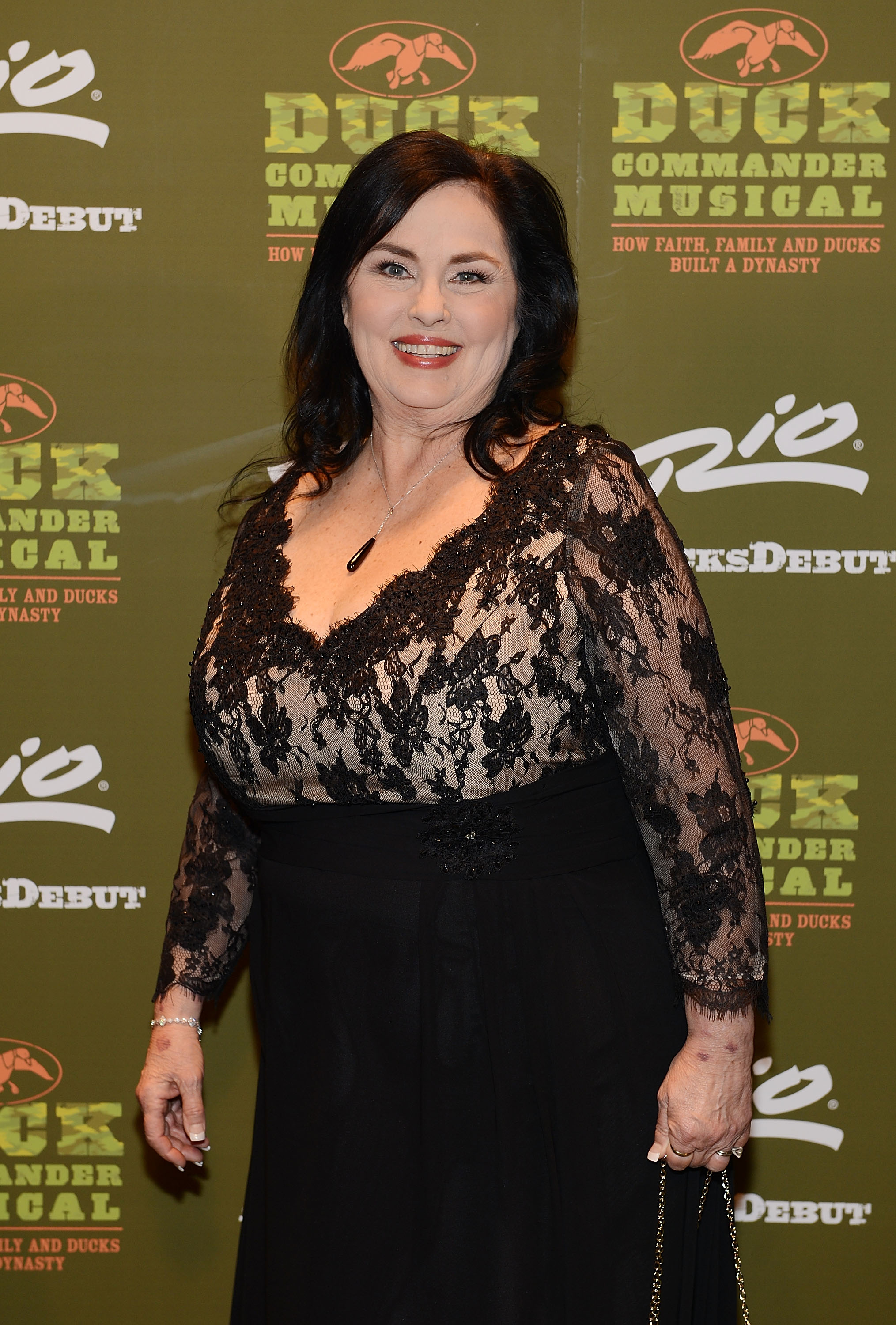 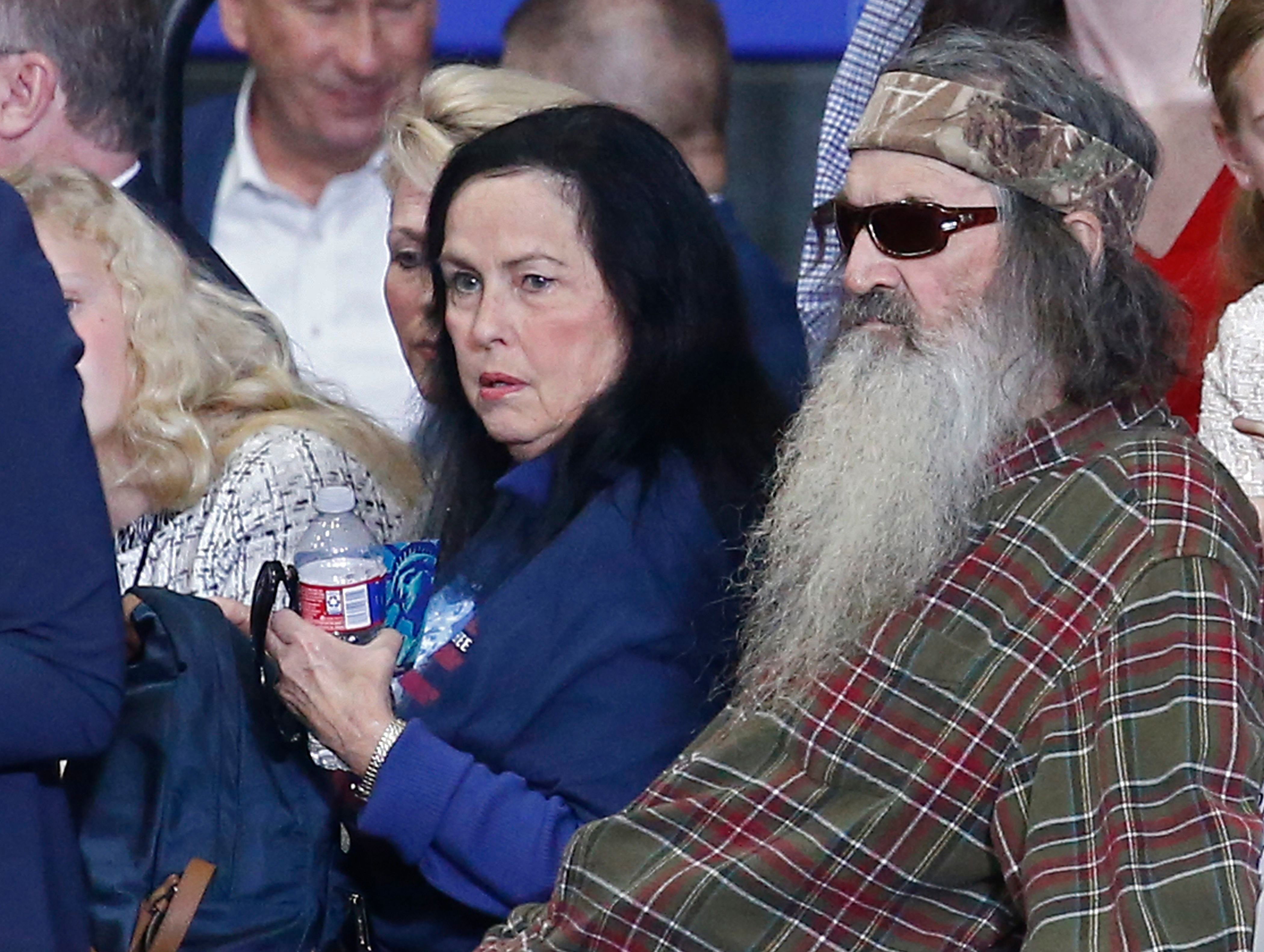 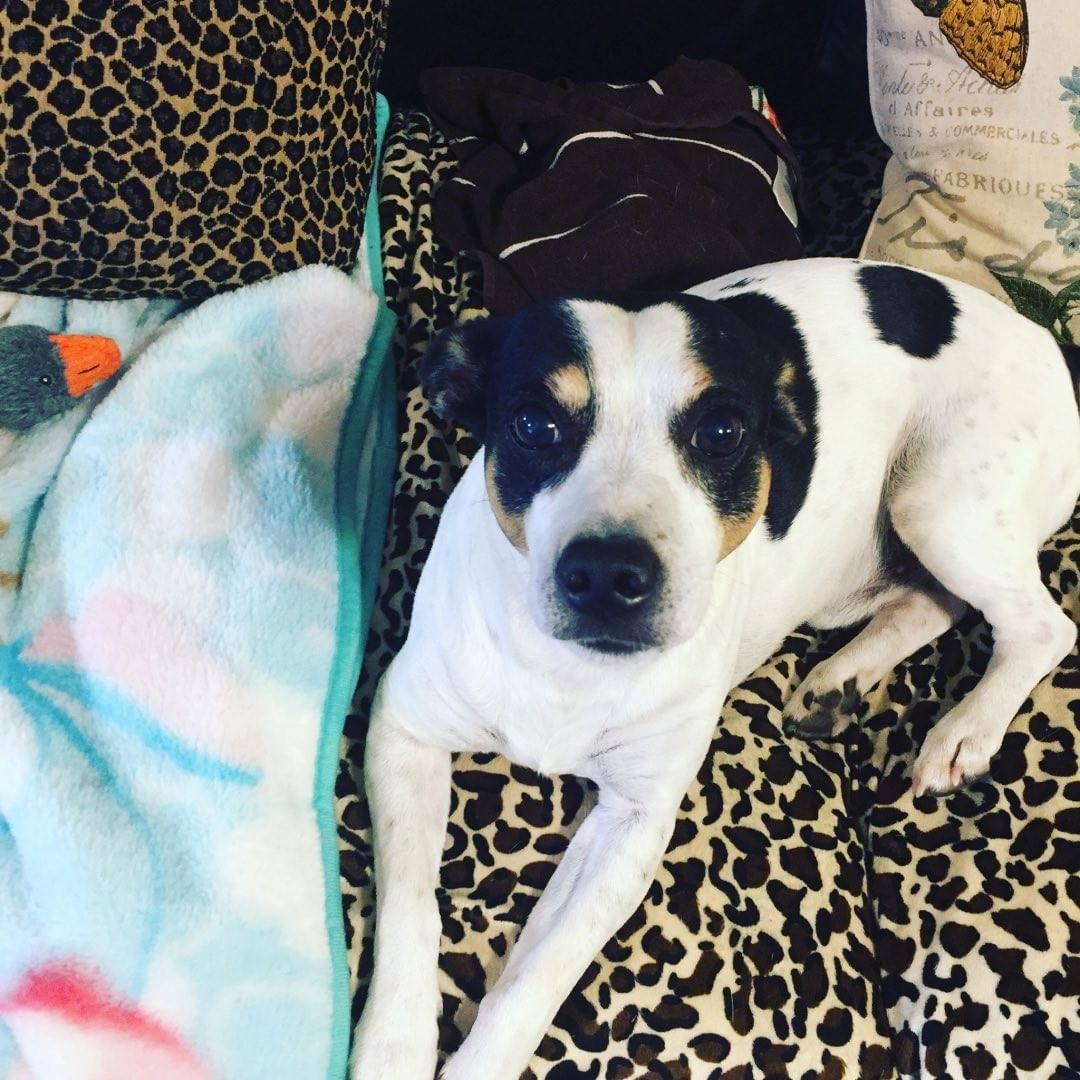 During an appearance on the Unashamed podcast, Phil, 75, explained that he was startled in the middle of the night when he woke up to blood gushing from his wife’s face.

He explained that when he looked at her, she appeared in pain with a rag covering her face.

"I said, 'Move that rag a minute.’ She takes the rag off her face. And I'm looking at her top lip, was split in two, about a quarter of an inch,” he said.

The TV star continued: “Her bottom lip, over on the right side, there was just a chuck gone. Bleeding profusely all over is an understatement.”

Phil said the incident happened as his wife, popularly known as Miss Kay, prepared for bed and leaned down to give her pup Bobo – who has been featured on the show for years – a kiss goodnight. 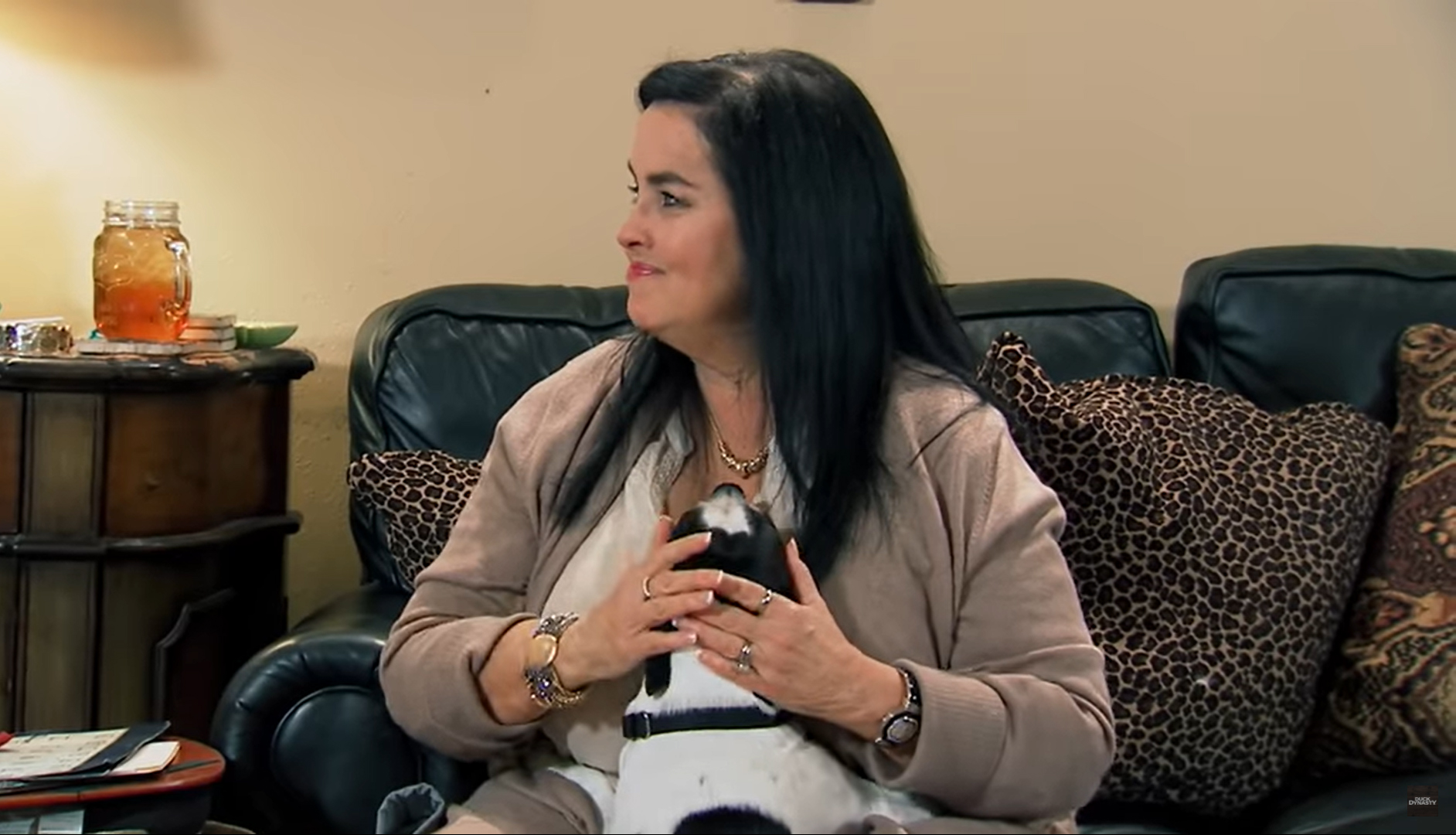 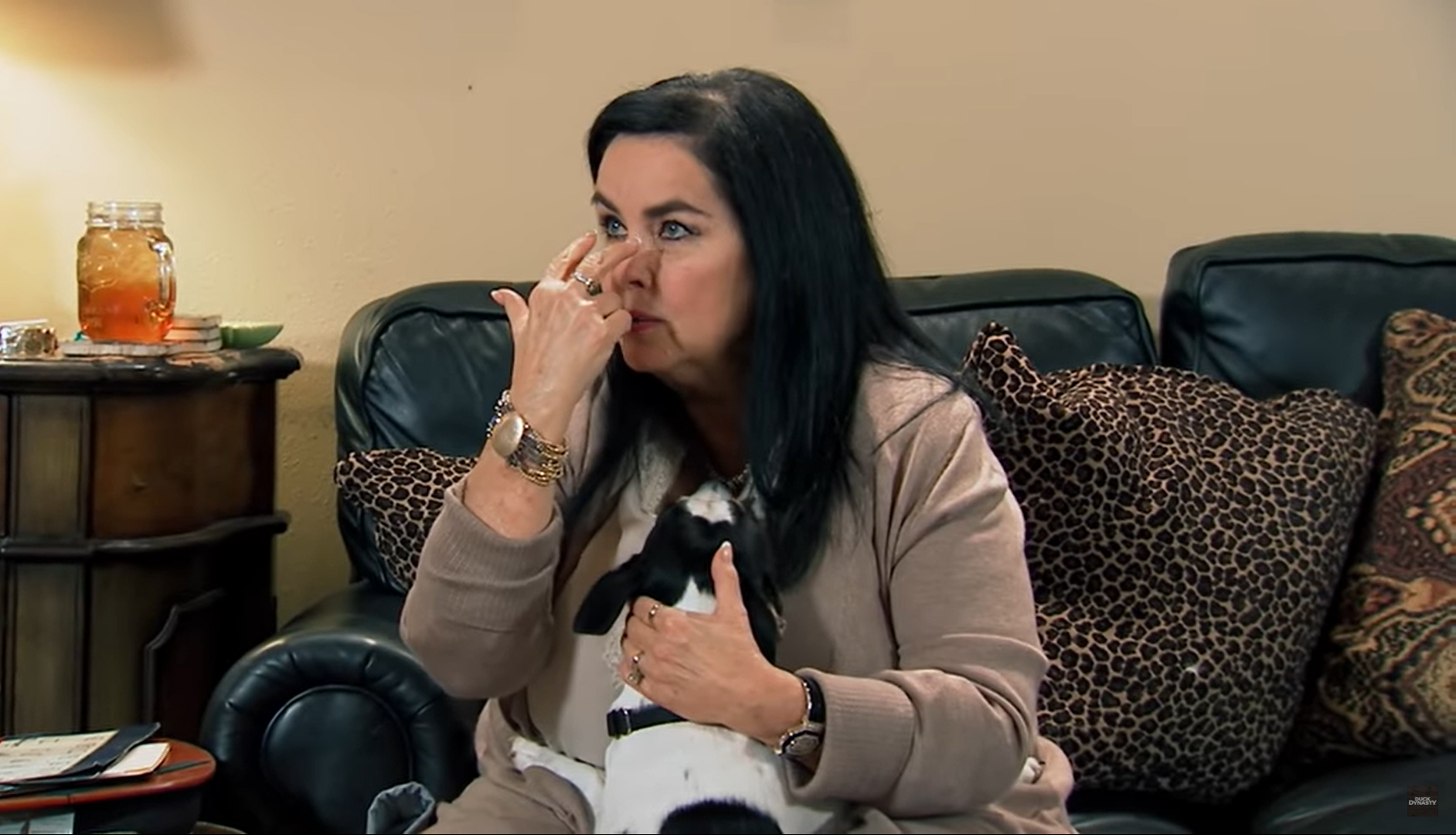 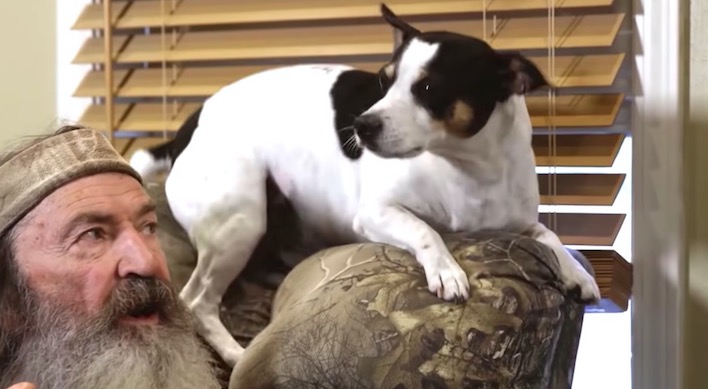 However, she did not realize the four-legged pet was already asleep and he snapped at her.

He insisted the family does not blame Bobo, as he made the bit “instinctively” because he was “disturbed.”

"I said the old saying, 'Miss Kay, let a sleeping dog lie. You need to remember that,'" he said of the dog's forgiveness.

Kay doesn't appear to have any hard feelings either, according to their son, Alan Robertson. 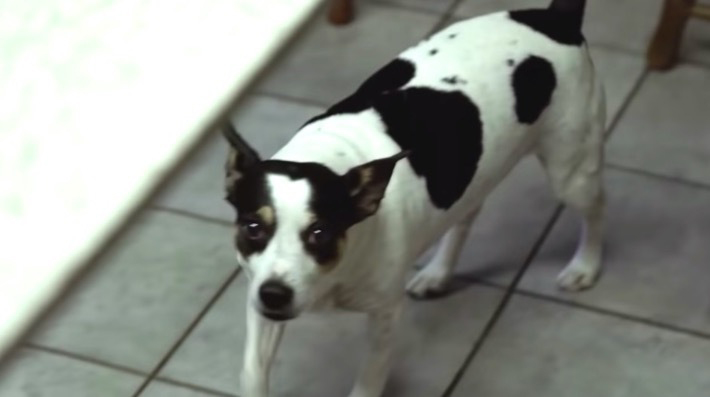 "First thing my Mom told Dad when she came in… she said 'I just want you to know that Bobo met me at the truck and he apologized,'" Alan said – confirming there's no bad blood.

Fans of Duck Dynasty will recall seeing the family adopt Bobo and raise him on their Louisiana property.

However, over the years, the cute animal has lost some vision in his eyes, having developed cataracts after he was “bitten by snakes.”

Kay has appeared to have a rough time after her husband of 55 YEARS revealed he cheated on her and had a secret adult child.

On the podcast Unashamed, Phil's son Alan, 54, said he received a letter from a 45-year-old woman named Phyllis who claimed to be his sister.

Al said: "So basically, it was from a woman who said that by a DNA search, she thinks that Dad might be her dad."

He said he "dismissed" the letter at first, because the woman's birthday was after the time Phil became a Christian in the 1970's.

Apparently, Phyllis had been conceived just before Phil, 72, devoted his life to Jesus.

He continued: "Well once we get into that and start looking at it a little more deeply, I'm like, 'Oh woah, woah… there might be something to this.'"

Al explained that he approached both of his parents, and Phil agreed to the take a DNA test.

The test revealed he and Phyllis were a "99.9 percent match."

Phil said once they got the positive test result, he wanted to "bring her on down" so they could meet in person.