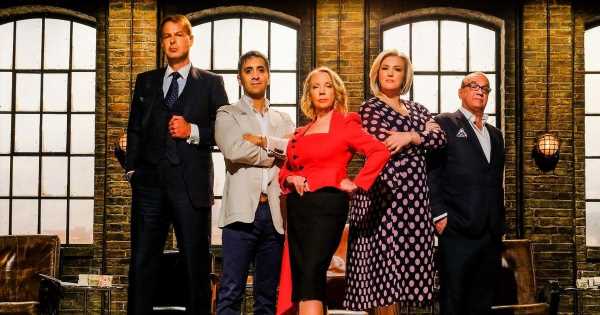 BBC Dragons' Den has been a great help to many budding entrepreneurs in getting their career off the ground.

But for some, their dream of having the Dragons invest in their business venture was ripped away after being turned rejected on the show – yet it didn't stop them from trying.

In fact, many companies have managed to make millions since they appeared on Dragons' Den in a short amount of time – including the likes of Brewdog, Pasta Evangelists and Trunki.

At the time the entrepreneurs were all told different things, including their business not being "unique enough", that it was "how not to run a business" and "unlikeable".

The contestants soon proved them wrong, with company-wide value of multiple millions and what could have been a huge return of investment if the Dragons had decided to go ahead with it.

As Dragons' Den celebrates another year on screens after its launch on January 4, 2005, Daily Star has looked at the most successful companies the investors decided to turn down.

Whether you've heard of BrewDog from buying their drinks in your local supermarket or if you've been in a BrewDog pub, it's likely you've heard the name.

But in 2009, nobody had heard of the business – and it could've all ended for them when their investment was refused by the Dragons.

They pitched the business to the Dragons and asked for a £100,000 investment in return for 20% of the business – but the idea was rejected as it wasn't "investment worthy nor unique enough".

The business said it was a "huge kick in the teeth" for them at the time and said the rejection "still burns".

Shockingly, the £100,000 investment would now be worth a whopping £360million, with the company valued at around £1.6billion by Forbes – making it the biggest deal in Dragons' Den history.

When Rob Law appeared on Dragons' Den to pitch Trunki, he was immediately shut down – but now they're seen everywhere.

The suitcases in airports with characters on which children can ride was originally pitched on the BBC show, but it didn't get picked up.

Rob wanted £100,000 in return for 10% of the business, but Theo Paphitis said he didn't like the design and so Rob didn't secure his investment.

The company is now worth over £9.5 million.

Pasta Evangelists was founded after one of the founders attended a pasta making workshop and then used his grandmother's recipe to sell the first ever portion of gnocchi from the brand.

As they pitched to the team, Jenny Campbell said: "I like it because it's a good lesson on how not to run and set up a business. This is pasta le disaster and I'm out."

Touker Suleyman branded the pair "delusional", but the business is now worth £200million – with the company turning over £14million in revenue per year.

Tangle Teezer is incredibly well-known and is sold in most cosmetic stores across the UK, but in 2007 it was turned down.

Fast-forward to now, the company is worth £65million and is only growing in popularity.