Dr Hilary Jones has been heavily criticised for his remarks on why he supports calories being put on menus, with the doctor slammed for claiming that ‘people with the most serious eating disorders don’t go to restaurants’.

From today, the government’s new calorie labelling legislation comes into force, with many restaurants and cafes beginning to feature the number of calories in each dish on their menus.

There have been concerns about how this move could affect those who are recovering from eating disorders, amid fears that the move could trigger people and cause individuals to develop disordered relationships with food and calories.

On Wednesday’s edition of Lorraine, Dr Hilary – who works as a general practitioner – told stand-in host Ranvir Singh that he believes including the calories of dishes on menus could be ‘useful’.

He then brought up the criticism of the move over worries for people with eating disorders, with Ranvir explaining that it has been described as a potentially ‘triggering’ decision.

‘People with the most serious eating disorders, anorexia, don’t go to restaurants and they know exactly how many calories are in everything. So I don’t think that’s a problem,’ Dr Hilary retorted. 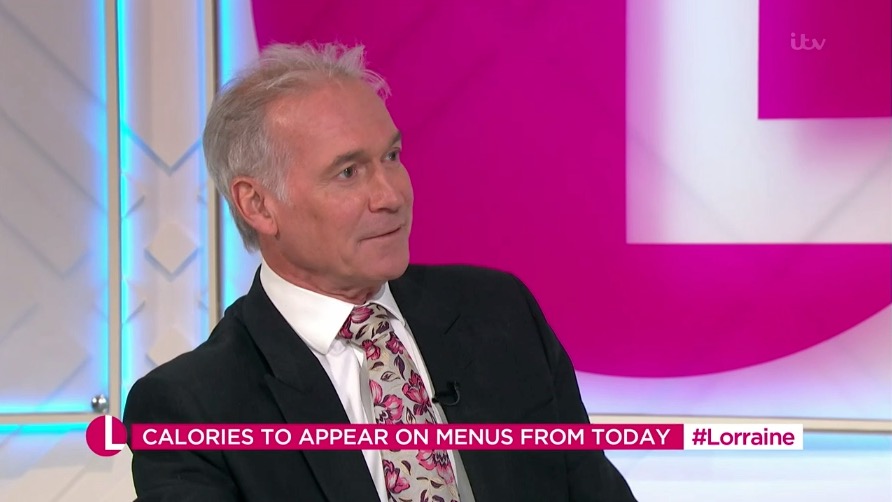 He continued by stating that ‘67% of the adult population are either overweight or obese’, stating: ‘They need assistance in choosing healthier foods. The eating disorders, we’re talking about less than 1% of the population. So I think by and large you’re going to help more people.’

As Dr Hilary spoke, Ranvir nodded and responded ‘yeah’ as the doctor shared statistics for the number of people in the population who have eating disorders.

Several viewers immediately blasted Dr Hilary for his statements, with one saying it was ‘ridiculous’ for him to claim that people who suffer from anorexia don’t go to restaurants.

‘Not a professional saying people with anorexia “don’t go to restaurants” and “already know all the calories” Is that a joke?’ one person wrote.

‘This is a disgusting and harmful thing to say. How dare he say this. This is so damaging!’ another viewer stated.

‘People with anorexia are allowed out and are allowed to recover. God help anyone going to this man for help.’

Someone else urged: ‘GPs please go and have some more training on eating disorders.’

Following the government’s announcement that it planned on putting calories on menus, Andrew Radford, the chief executive for eating disorder charity Beat, said in a statement: ‘Requiring calorie counts on menus risks causing great distress for people suffering from or vulnerable to eating disorders, since evidence shows that calorie labelling exacerbates eating disorders of all kinds.’

Andrew said that while the organisation understands the ‘importance of reducing obesity’, research has shown that ‘anti-obesity campaigns that focus on weight instead of health are counter-productive, while the number of calories consumed is not a reliable indicator of health’.

‘Public health campaigns need to consider people’s mental health as well as their physical health. They must move away from obesity-shaming to emphasising healthy behavioural changes and instilling confidence into people,’ he added.

Lorraine airs weekly from 9am on ITV.

If you suspect you, a family member or friend has an eating disorder, contact Beat on 0808 801 0677 or at [email protected], for information and advice on the best way to get appropriate treatment