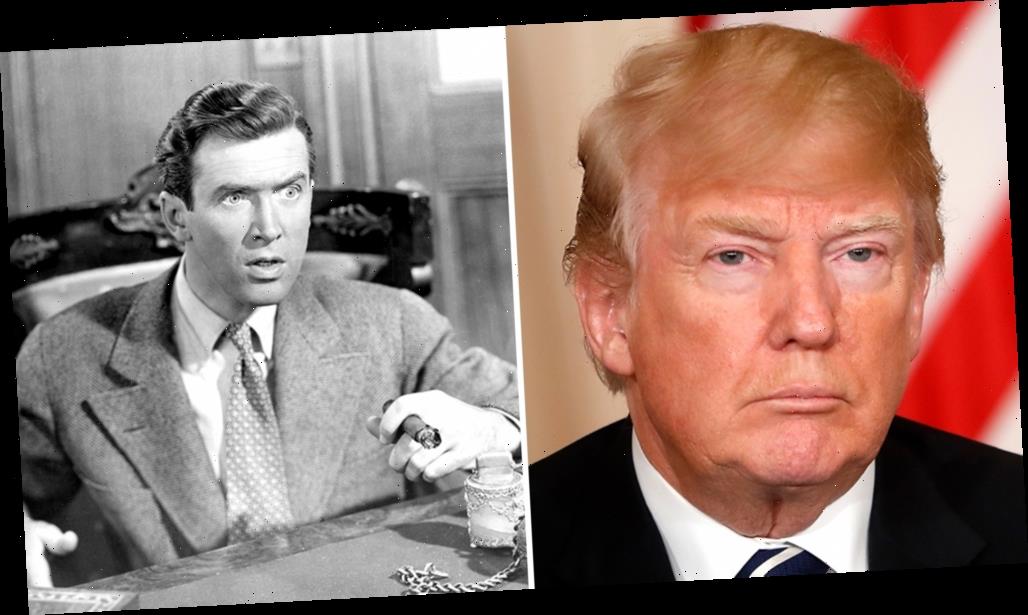 Don’t be ringing any bells for Donald Trump just yet. The family of the great Jimmy Stewart is taking issue – strong issue – with a Republican convention speaker who had the audacity to compare the president to the altruistic George Bailey, the character played by Stewart in the enduring Christmas classic It’s A Wonderful Life.

The unlikely comparison was made Monday night at the RNC by Natalie Harp, cancer survivor, entrepreneur, Liberty University graduate and Trump campaign advisory board member.

Harp, who has credited a Trump-backed Right to Try law with providing the cancer treatment that saved her life, said during her convention address, “In the classic Jimmy Stewart film It’s A Wonderful Life, George Bailey is given a great gift – the chance to see what the world would be like without him. Tonight Mr President, we’d like to give you that same gift, because without you we’d all be living in Pottersville, sold out to a crooked Mr. – or I should say Mrs. – Potter with no hope of escape except death itself.”

Watch Harp’s speech, including a not-so-spontaneous chuckle at her own Mrs. Potter joke, below.

After Harp’s comparison was mentioned in The New York Times, a not-pleased Kelly Stewart Harcourt, one of the late actor’s four children, penned a letter to the editor, published in today’s print edition.

In her speech at the G.O.P. convention Monday night, Natalie Harp, a cancer survivor, made reference to the film “It’s a Wonderful Life,” comparing Donald Trump to George Bailey, the main character in the film, played by my father, Jimmy Stewart.

Given that this beloved American classic is about decency, compassion, sacrifice and a fight against corruption, our family considers Ms. Harp’s analogy to be the height of hypocrisy and dishonesty.

And for the record, the Washington Post fact-checked Harp’s convention speech and takes issue with another of her claims. The treatment Harp has credited with her recovery, “an FDA-approved immunotherapy drug for an unapproved use,” would not have been covered under the Right to Try law because it had already been approved.