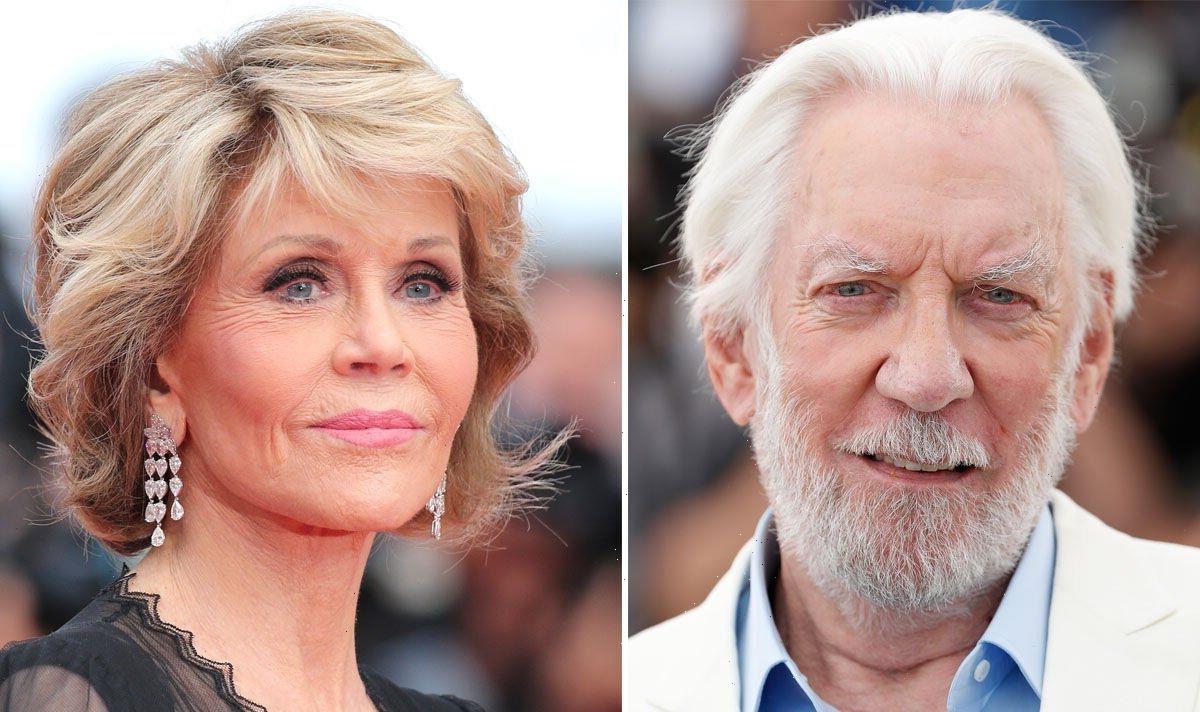 Sutherland is back o our screens tonight in the cosy costume drama Pride and Prejudice, but in the 1960s and 70s he was at the heart of Hollywood activism, alongside an on-screen career that included provocative and seminal films like Don’t Look Now, the Invasion of The Body Snatchers and Klute. While filming the latter in 1970, he fell in love with fellow star and activist Fonda, even though both were married at the time. For the next two years, they were together at the forefront of Hollywood support for the civil rights movement and opposition to the Vietnam War. The pair were just as passionate in private and Sutherland still dwells (often in startling detail) on their intimate moments together.

Klute started filming in 1970. Fonda had been together with husband Roger Vadim since 1963 but when rumours started spreading in 1970 that they had separated, her official spokesman quickly denied it.

However, Sutherland later described how it was his beautiful co-star who made all the moves on him: “We’d already been cast but had not started shooting, and one day, she made it very clear, via a somewhat provocative suggestion, that I should come home with her. And I just said… Ok.'”

It would mark the end of the actor’s own second marriage to Shirley Douglas, which had produced twins Kiefer and Rachel. 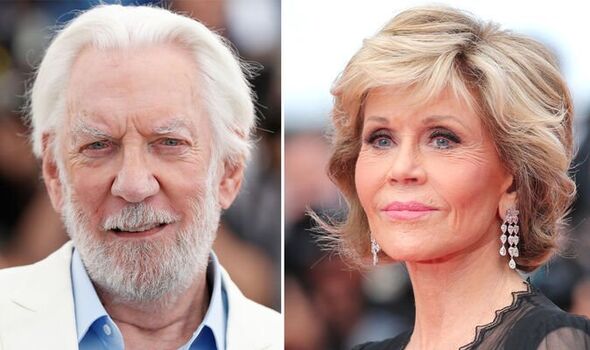 His father frequently and famously has talked about the love and the lust, famously declaring: “She had, at the time, the most beautiful breasts in the world.”

Apparently, he followed that description with an anecdote so explicit it was not suitable for print.

He did, however, wax lyrical in another interview about a naked moment that still has the power to stop his breath decades later.

Sutherland told GQ: “I was with Jane Fonda at the /Chelsea Hotel in 1970, maybe ’71. It was a room with a big bed and, to the right, four or five stairs to a landing that led to the bathroom. There was a little oval window on the landing and there was a streetlight shining through that window though it seemed more like moonlight so maybe it was the moon, I like to think it was the moon.

“I was lying on my back on the bed when Jane came out of the bathroom. She, too, was naked, and when the moonlight caught her perfect breasts I stopped breathing. Everything stopped. And then it started again. Now, when I see it in my memory, I stopped breathing again.”