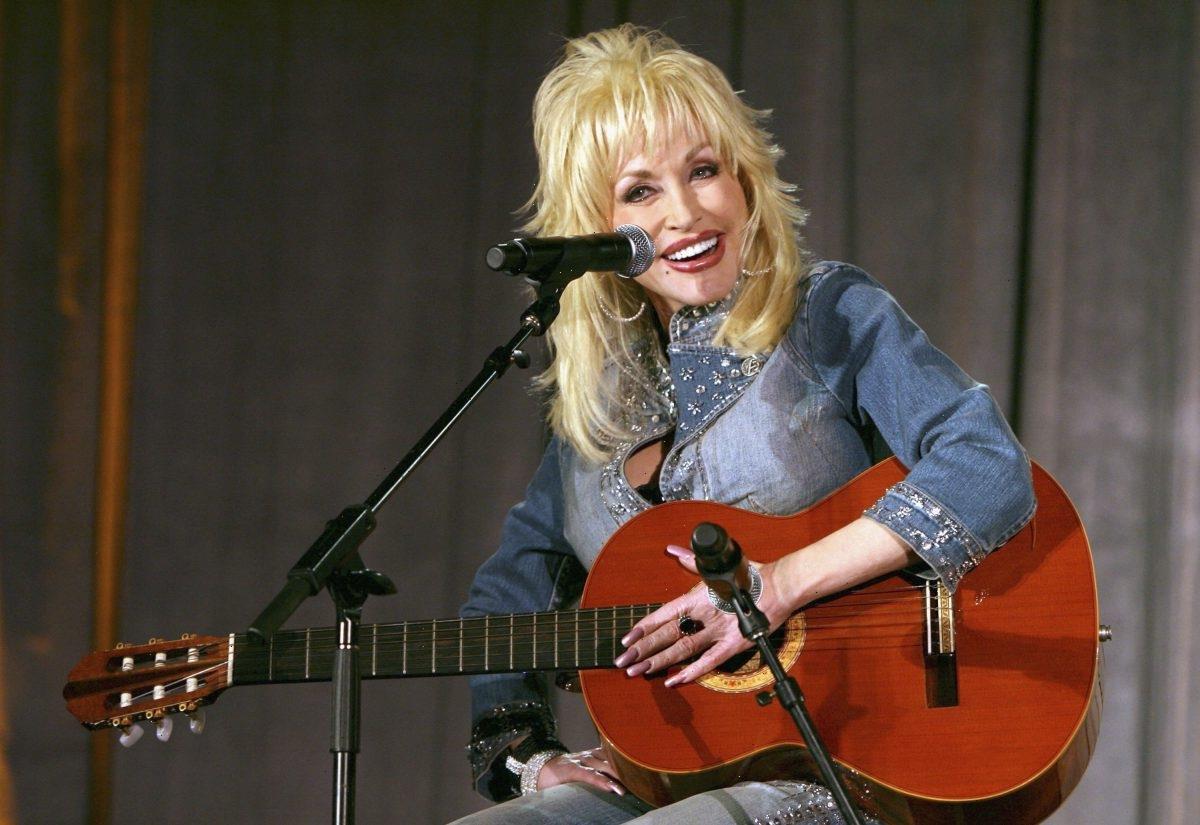 When Dolly Parton reached a certain point in her career as a musician, she began to get approached to do films. She turned many of them down before agreeing to star in 9 to 5, the first of a long list for the country star. But in all the films Parton starred in, she never took a part that required a serious love scene. She swore off nudity because she’d always “think of my Mom and Dad.”

In a 1981 interview with The Ralph Emery Show, the “Dumb Blonde” singer said she’d never been asked to be in a nude scene. She said she thought people probably assumed she’d say no.

“I think people know that I respect myself, and people usually respect people that respect themselves,” she said, as recorded in the book Dolly on Dolly. “But I would never even do any really heavy, serious love scenes, like even slobberin’ kissin’ scenes and all. I certainly wouldn’t do anything as outrageous as being naked. It’s fine for some people, if that’s what they wanna do, but I always think of my Mom and Dad and my people and the way I was brought up. And besides that, I have a great deal of respect for me. I’ve never really gone through a lot of disrespectful things. People have always treated me nice.”

Parton’s interviewer asked her about the Playboy shoot she did in 1978.

“They didn’t ask me to pose nude, they just asked me to do the cover of a Playboy, and I wouldn’t do that for a good while,” she said. “I gave that a lot of thought, too. I thought, well, if they’re gonna do a good story and if I can pick the way that I do the cover, design my own outfit—in keeping with their magazine but in keeping with myself as well—then I’ll do it. That’s when we picked the little bunny suit. It was like a bathing suit and the little ears. It was certainly a full little bathing suit. . . But I didn’t think it was vulgar. I got a lot of good reaction from that. I didn’t get any criticism from that that I knew of. . . And the story was good. And it was honest.”

At the time of the interview, Parton was gearing up to start filming her second movie: The Best Little Whorehouse in Texas. Burt Reynolds played her love interest and she was very excited to act alongside him. They didn’t have any serious bedroom scenes, but the “Jolene” singer was still eager to “lay a good’n on him!”

“I’ve asked [her husband] Carl’s permission and I got it in writin’,” she laughed. “So if I can convince Burt that he should kiss me, I think I’ll kiss him for every woman in America that ever wanted to.”