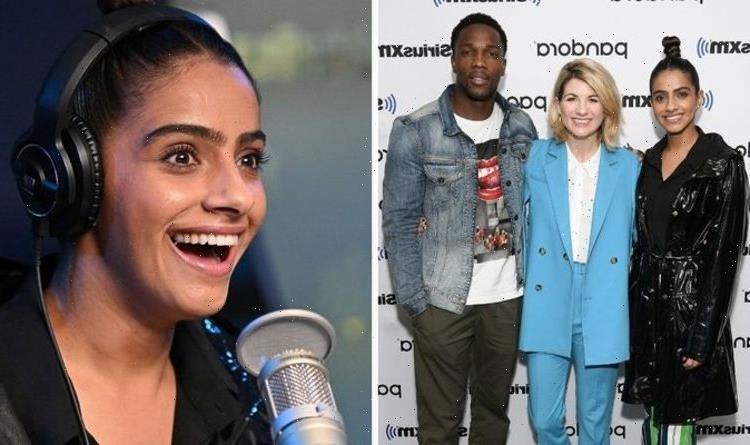 Doctor Who’s Mandip Gill, who has played Yaz Khan since 2018 has hinted she wouldn’t rule out returning alongside the next Time Lord in the BBC sci-fi series. Mandip, 33, who has been current Doctor Jodie Whittaker’s companion in the popular show teased she’d “never say never” to starring in another series following her exit.

Doctor Who: Flux, which is the 13th series of the hit BBC show, is set to premiere on Halloween night.

The new series was announced in November 2019 and is the third to be led by Chris Chibnall.

Jodie Whittaker, who has played the Doctor since 2017, announced her departure from the show in July.

Her exit is still a long way off, with three specials scheduled for 2022, but her co-star Mandip has not ruled out returning alongside another Doctor.

Apparently, the casting of a new Doctor will be announced “in due course”, and Jodie has said she has no idea who her successor will be.

When Radio Times asked Mandip if Yasmin, better known as Yaz, could be back alongside the new Time Lord, she said: “Never say never.”

However, it seemed clear she’s been expecting to hand in her Tardis key alongside her co-star.

Mandip explained: “When I started, I didn’t realise how significant it was

taking over from other people, but now it’s happening to me.

“You’re not part of it, in that you don’t know what’s happening. Who are the companions? What are they going to do?

“I’m going to watch it, be nosey and think, ‘How’s it different to ours?’”

Jodie and Mandip finished the regeneration episode in mid-October, followed by a fancy-dress wrap party.

But already the future of Doctor Who seems secure, thanks to the biggest surprise twist in Who history – the return of Russell T Davies, who ushered the programme into the 21st century as showrunner from 2005 to 2010 and brought in in writers including Chris Chibnall.

He takes back the reins from Chibnall for the series’ 60th anniversary in 2023.

While Davies’ return has been confirmed, fans are still speculating about who Jodie’s replacement will be.

A variety of names have been thrown into the mix so far including It’s a Sin star Olly Alexander and I May Destroy You actor Michaela Coel.

The bookies recently added Lydia West to their list of potential Doctors.

Lydia starred alongside Olly in the Channel 4 phenomenon It’s a Sin.

Other stars tipped at becoming the next Time Lord include, Good Omens star Michael Sheen and T’Nia Miller, who played the Twelfth General in the sci-fi series titled Hell Bent.

Bridgerton pair Ben Miller and Rege-Jean Page are also on the list, as well as Harry Potter actor Rhys Irfans.

Former Doctor David Tennant has previously spoken out on the speculation and rumours surrounding Jodie’s replacement, having once done it himself.

He told Digital Spy that the moment you say “yes” to Doctor Who, you’re being asked whether you’d go back after you finish.

Doctor Who returns to screens on Sunday, October 31, at 6.25pm on BBC One.