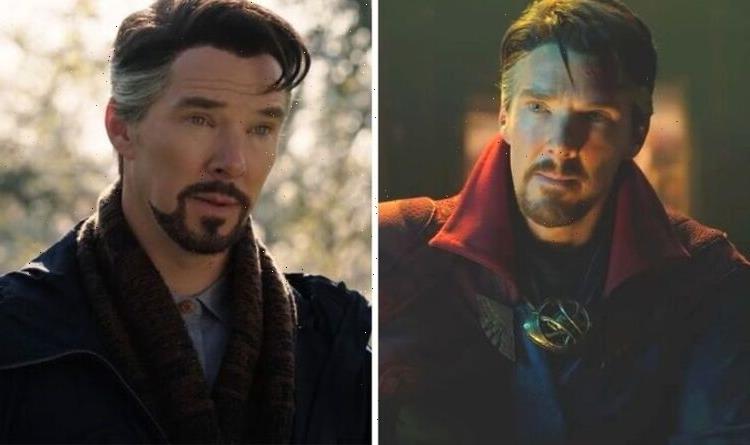 Doctor Strange in the Multiverse of Madness trailer

Doctor Strange in the Multiverse of Madness will see the sorcerer confront the next level of challenges as the fabric of the universe tears apart around him. Since the events of Avengers: Infinity War, there has been a major debate among fans regarding the strongest member of the team. For a long time, Strange has been a frontrunner, as if it wasn’t for him, Endgame would never have happened. However, in a new interview, Benedict Cumberbatch has put himself out of contention, taking the Avenger title away from himself.

It’s certainly a shock for fans, that have long assumed Strange would be taking over the mantel as one of the Avengers leaders, especially after Marvel boss Kevin Feige called him the “anchor of the Marvel Cinematic Universe.”

However, in a new interview with KCRW’s The Treatment, Cumberbatch explained: “People say that you were in the Avengers, but you’re not an Avenger, right? No, I’m not. I’m not at Stark Tower with Nick Fury. No, he’s sort of outside of that realm, but I don’t think that’s necessarily a character trait. I think that is just a job title. He’s there to protect the reality of the Avengers in a different way to what they have been fighting up until the point that everything collides in the last two Avengers movies, so he holds his position as an adult on the periphery of that, but I think only for so long. There’s always a moment where he has to work with people and team up. And you know, we might see that in the next film; you have to wait and see.”

The actor added that he sees the character as an outsider to the group.

He continued: “He’s fine with aligning himself with creatures and spirits and everything else that’s thrown at him and that’s why he can be a slight outsider as an Avenger.”

If he really isn’t an Avenger, then it puts him out of the running to be the strongest of the team. It might not be too much of a surprise though, as there is another hero who has challenged him to the top spot.

While speaking at the New York Film Academy, Feige was asked who the strongest Avenger was and replied: “I think it’s interesting, if you look at Endgame, Wanda Maximoff was going to kill Thanos. That’s as scared as I’ve ever seen Thanos, and if he hadn’t said Decimate my entire team to get her off of me, I think she would have done it.”

There have been multiple reports that Strange and the Scarlet Witch will fight in Doctor Strange 2, so the debate may be settled there. It puts the wizard’s position in the MCU in a unique spot, but despite recently crossing paths with Spider-Man in No Way Home, Sony is looking to create their own sorcerer.

Sony’s plans for their upcoming Madam Webb movie are far bigger than initially believed. The character is extremely powerful in the comics with the ability to see through time and space. The studio recently confirmed Dakota Johnson would be taking on the role and her position in the Venom-verse/Sony Spider-Man-verse is set to be far-reaching.

According to Deadline, “Insiders say due to her psychic sensory powers, she is essentially Sony’s version of Doctor Strange.”

There have been many questions on how Venom and the upcoming Morbius fit together and in the MCU. Madam Webb’s introduction could help explain the discrepancies in timeline and continuity. Pre-production on the movie is moving ahead quickly as a second cast member has just been confirmed.

Euphoria’s Sidney Sweeney will be joining Johnson, though her role is currently being kept under wraps. It hasn’t stopped social media fan-casting though, with one character cropping up more than others.

Fans have noted that Sweeney looks like a spitting image of Gwen Stacy from the comics. She is the former love interest of Peter Parker and a hero in her own right. In an alternative universe, she became Spider-Gwen, who was a major character in Spider-Man: Into the Spider-verse.

On Twitter, one fan wrote: Anyways Sidney Sweeney for Gwen Stacy I can get behind that.” Another added: “Big win for Sidney Sweeney and an even bigger win for the Sony Spider-Verse. We got a Gwen Stacy alert.”

Others have suggested she could be playing Black Cat, Spider-Man’s equivalent of Catwomen essentially. The character has never made an appearance on the big screen, though her alter-ego has. Her real name is Felicia Hardy and she was played by Felicity Jones in The Amazing Spider-Man 2.

That film set up many plot threads that were abandoned after the franchise’s cancellation. Now audiences could finally get to see the character on screen, alongside Sony’s own Doctor Strange.