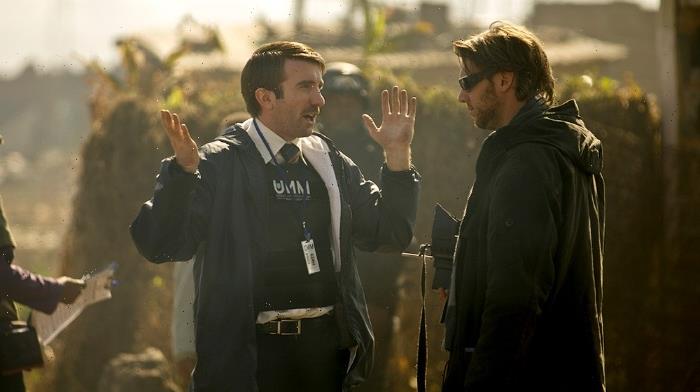 South African-Canadian filmmaker Neill Blomkamp took the moviegoing world by storm in 2009 with his debut feature, District 9. Racking up Academy Award nominations and the respect of his peers and fans alike, Blomkamp has struggled since then to recapture that magic. In that light, the announcement that he would be returning to the gritty world of aliens and social unrest to make District 10 wasn’t too much of a surprise. If all goes according to plan, the true pleasant surprise would be that the sequel will be just as minimalist and small-scale as the original.

Blomkamp is currently making the rounds for his latest project, the horror film titled Demonic. While speaking to The Hollywood Reporter, the director spares some brief thoughts on his intentions for District 10. In an age where sequels seem to go bigger and louder almost as a matter of course, Blomkamp is hoping to stand apart by following in his own footsteps.

“I think the approach of the first film is correct; it’s just really a question of the script. If there’s slightly more stuff happening in the script, then you need slightly more money. But I think it would still be as stripped-down and bare bones as we could make it. That becomes more nimble and more creative, and personally, I like that.”

Getting Back on Track

This sounds very much like a mix between practical concerns (budget and funding!) and storytelling ambitions. To his credit, Blomkamp’s career hasn’t been one where an overwhelmingly well-received debut led to some massive blockbuster flame-out that proved to be too much, too soon. Chappie and Elysium were both modest step-ups in scope and scale, though the final results of those subsequent efforts in terms of quality and reception have been disappointing. But perhaps a return trip to his most successful outing (and the “bare bones” approach that ended up paying dividends) will serve as a creative shot in the arm.

During the same interview, Blomkamp also remarks on what niche he’s best suited to. The director has had more than a few near-misses with popular franchises, though none have worked out thus far.

“I think I feel more at home with ideas that are not based on large IP. Just fresh stuff, basically. It’s probably wise because there’s less pre-existing knowledge of what people think the IP should be.”

We presume that this mentality doesn’t apply to turning his own original movie into essentially an IP of its own, but it’s hard to begrudge the instinct to go back to what worked the first time around. Who knows, maybe lightning will strike twice. Until then, Blomkamp is also staying busy by dipping his toe into the world of video games, as well as at least one in-development project that he casually mentions is “…hopefully quite close to happening. I just can’t really talk about it.”