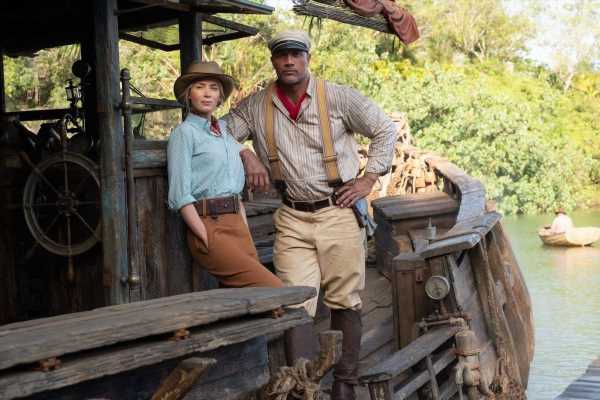 It’s the moment every Disney fan waits for.

While riding the Jungle Cruise in Walt Disney World and Disneyland, fans get an up-close look at the unofficial eighth wonder of the world. (There’s even a joke about it in Disney’s action-adventure film, Jungle Cruise.)

Here’s what’s so special about the “backside of water,” as seen during this amusement park attraction.

‘And now, the moment you’ve all been waiting for…’

When Disneyland first opened, the Jungle Cruise was a top priority for imagineers. However, what makes this attraction so iconic years later are the cast members, known as skippers, who narrate the adventure. In fact, Walt Disney was one of the very first skippers on this attraction.

This attraction is known for its corny jokes, personalized by each individual “skipper.” Almost always, though, there’s a joke that comes as the boat passes under a waterfall. In Disneyland’s Jungle Cruise, according to Skipperpedia, this scene takes place on the Nile River, underneath the Schweitzer Falls.

At this point, the skipper says something similar to, “And now, the moment you’ve all been waiting for: the amazing, the colossal, the stupendous, the eighth wonder of the world — the backside of water! Or, as we skippers like to call it, ‘O2H.’”

Does the joke make sense? Not really. Is it a memorable moment from this expedition? Of course.

Decades after the Jungle Cruise opened in Disneyland and Walt Disney World, this company created their own film based on the theme park attraction. The movie stars Emily Blunt as an explorer named Dr. Lily Houghton and Dwayne “The Rock” Johnson as skipper Frank Wolff.

Of course, Disney included a “backside of water” joke in this production.

“I mean, I love Disney and going to Disney,” Johnson said during an interview with Collider. “The very first time I was able to go to Disney, I was 26 years old, and this was Disney down in Orlando. I was just so amazed… I finally went, I fell in love with the ride, and I fell in love with the park, and years later, we have this really amazing opportunity that I’m really grateful for.”

This wouldn’t be the first movie inspired by a Disney attraction. In 2003, Walt Disney Studios released their film Pirates of the Caribbean: The Curse of the Black Pearl, which then influenced changes to the attraction.

There’s also The Haunted Mansion movie starring Eddie Murphy and The Country Bears. Each of these live-action flicks are available on Disney’s streaming platform, Disney+. Similar to films like Mulan and Cruella, Disney’s Jungle Cruise is available on Disney+ with “Premier Access.”