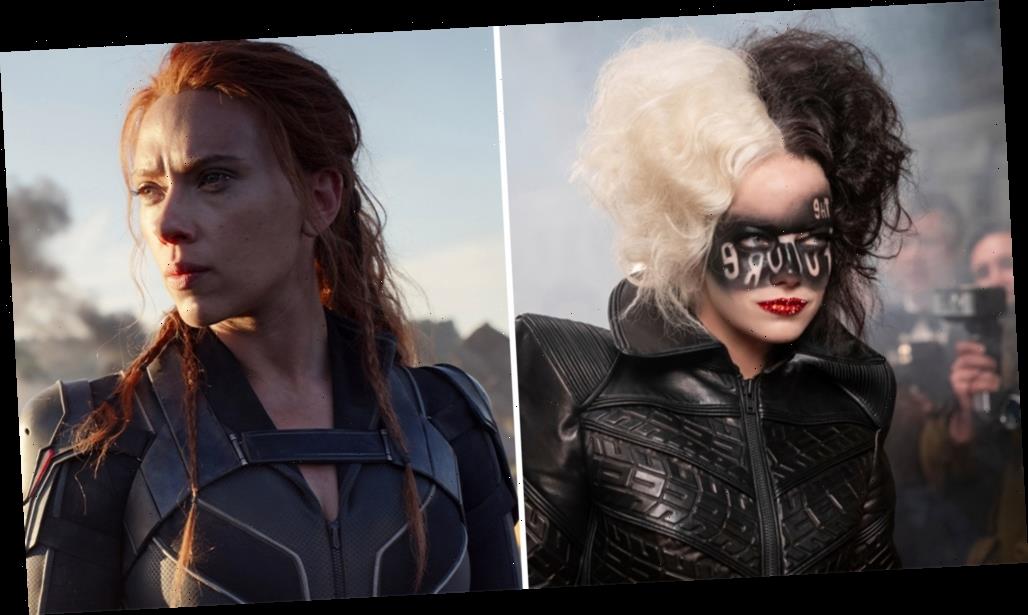 Just when it looked like studios were going back to a theatrical window release pattern with today’s news of Regal and Warner Bros’ deal, Disney has smashes that to bits.

Disney said Tuesday that it is opening both of its key summer events pics Cruella and Marvel’s Black Widow simultaneously in theaters and on Disney+ with Premier Access (which is usually $30 a purchase extra for subscribers) in most Disney+ markets on Friday, May 28 and Friday, July 9, respectively. It also  shifted release dates on five other films.

Just as the good news was spreading for Los Angeles and New York City’s reopening, the moves are a sign that the No. 1 studio doesn’t have faith in exhibition just yet.

Disney tried this recently with Raya and the Last Dragon to lackluster box office results ($23.4M in the first three weekends), and in this morning’s press release is declaring that movie was a “success” for them without backing the claim up with numbers. Cinemark as well as other exhibitors refused to play Raya given Disney’s stiff deal to them; by the studio taking their two most prized pics to Disney+ as well as theaters, it truly twists exhibitors’ arms. Oy. How could exhibition refuse to play such titles?

By the way, Deadline told you first that Cruella was heading to Disney+, though during Disney Investor Day, CEO Bob Chapek mentioned it was intended to go theatrical.

At the same time, Disney said its summer Pixar movie Luca will stream exclusively into Disney+ homes worldwide on June 18, which is what the studio did with Pixar’s Soul over Christmas. In international markets where Disney+ is not yet available, Luca will be released theatrically, with premiere dates to be announced.

If we all were listing closely to Chapek recently, it was clear he was indicating a theatrical-Disney+ release strategy for pics like Black Widow.

Before this even occurred today, one rival distribution chief predicted that Disney “would continue to experiment.”

“Today’s announcement reflects our focus on providing consumer choice and serving the evolving preferences of audiences.  By leveraging a flexible distribution strategy in a dynamic marketplace that is beginning to recover from the global pandemic, we will continue to employ the best options to deliver The Walt Disney Company’s unparalleled storytelling to fans and families around the world,” said Kareem Daniel, Chairman, Disney Media & Entertainment Distribution, in a statement.