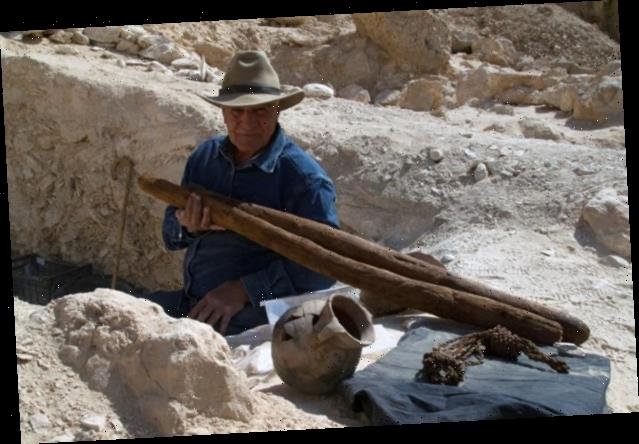 Dr. Zahi Hawass is coming for your treasure, Queen Nefertari

Discovery is going for a pretty epic discovery with a two-hour special “Valley of the Kings: The Lost Tombs,” TheWrap has learned.

“The Lost Tombs,” which will run on the Discovery Channel and stream on Discovery+, chronicles the largest excavation in Egypt in 100 years. Dr. Zahi Hawass is back and (respectfully, we’re sure) tearing up the infamous Valley of the Kings looking for Queen Nefertari’s treasure, among other priceless artifacts.

Readers may remember Hawass from April 2019’s “Expedition Unknown: Egypt Live,” also on Discovery, when his team uncovered a 2,500-year-old mummy of a high priest on live television. That special also revealed two other mummies and various ancient antiquities, including a mysterious wax head.

The Valley of the Kings, a popular tourist destination, was a great burial ground for Egypt’s most powerful Pharaohs, including King Tut, who were all buried there in beautiful, treasure-filled tombs. More than 60 tombs, including Tut’s, have been dug up there.

Much of the prior excavation has taken place in the Valley’s east side. Dr. Hawass and his crew are digging up the rugged, hard-to-reach and, up to this point, mostly untouched west side.

This latest excavation will not be an easy one, Discovery warns in its logline for “Valley of the Kings: The Lost Tombs.” Hawass’ team will need to move hundreds of tons of rocks to get to what they believe may be a treasure trove of lost evidence of the royal family of Tutankhamun.

Watch TheWrap’s exclusive sneak peek at “Valley of the Kings: The Lost Tombs” above.