Homes Under the Hammer: Dion comments on 'strange' Wigton house

Dion Dublin was in the small town of Wigton in Cumbria during a recent episode of Homes Under the Hammer. BBC One viewers saw him look round a two-bed mid-terraced house, which had a guide price of £40,000. During the viewing, Dion noticed two unsafe areas and warned the person behind the camera to be “careful”.

After opening the front door, the presenter said: “We are straight into the front room which isn’t ideal but it seems to be a pretty quiet road, and you have double-glazed windows which does help.

“Really high ceilings – and that ceiling rose there gives loads of detail.

“Just across the hallway here, now careful, careful, down those stairs – very steep stairs – stairs going up to the bedrooms.

“Have a look at these stairs – that is a big drop. Into the second reception room, again, really high ceilings.” 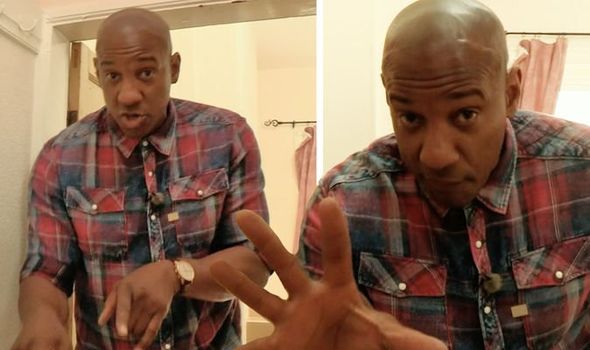 His focus then shifted to the fireplace which was mostly bricked up and Dion commented: “I’m not sure what they’re trying to achieve with that little gap.

“But it’s a good size second reception room and just through there is the kitchen. Strange configuration, but I quite like it.”

Dion then said in a voice over: “This house is odd, and even the layout is a break from the norm, sometimes that can be a good thing, but a property will all these steps wouldn’t be for everyone.”

As for what the property offered upstairs, there was a “split-level landing” and “more stairs” that led down into a very large bathroom. 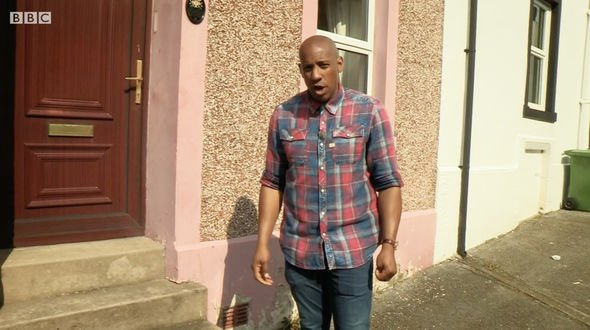 “So you’ve got the bathroom just to the left of me round the corner, and there is the first bedroom which is over the front of the property,” Dion explained.

“You have got a few different levels here, it does make it quite quirky. Into the second bedroom -”

And Dion stopped talking: “Listen to that,” he commented and then proceeded to jump up on the spot.

“It’s a little bit bouncy this floor, you can hear the glass in the wardrobe. Hm.. it’s a nice size bedroom, but I don’t want to hang about in here too long,” he remarked and make a quick exit. 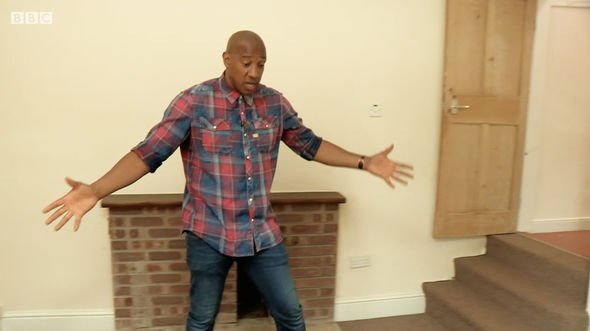 Below that room was as “flying freehold” and Dion revealed “with properties where the house goes over the access, there’s sometimes confusion” as to who has “right of access, where the boundaries lie and who’s in charge of maintenance”.

As for what happened in the auction room when the property went under the hammer, Dave was the successful bidder who paid £40,000 for it.

“What made you buy this one?” Dion asked and Dave said: “Lots of reasons. Close proximity to the Hare and Hounds – the nearest pub! 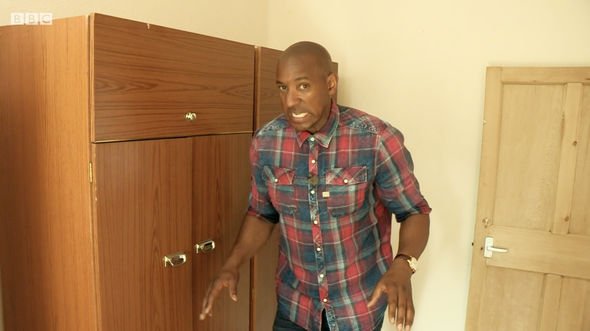 “Other than that, my wife and I came to look and it and we loved it, it’s so quirky!”

“When you viewed the property, did you know what you wanted to do with it?” The presenter questioned.

The new owner replied: “We did, we bought it for a pension fund really and the whole intention is to let it out.

“We know who the tenants are going to be and she’s quite happy to be painting and doing her own thing – so we’re happy to let her.”

Homes Under the Hammer airs weekdays at 10am on BBC One.