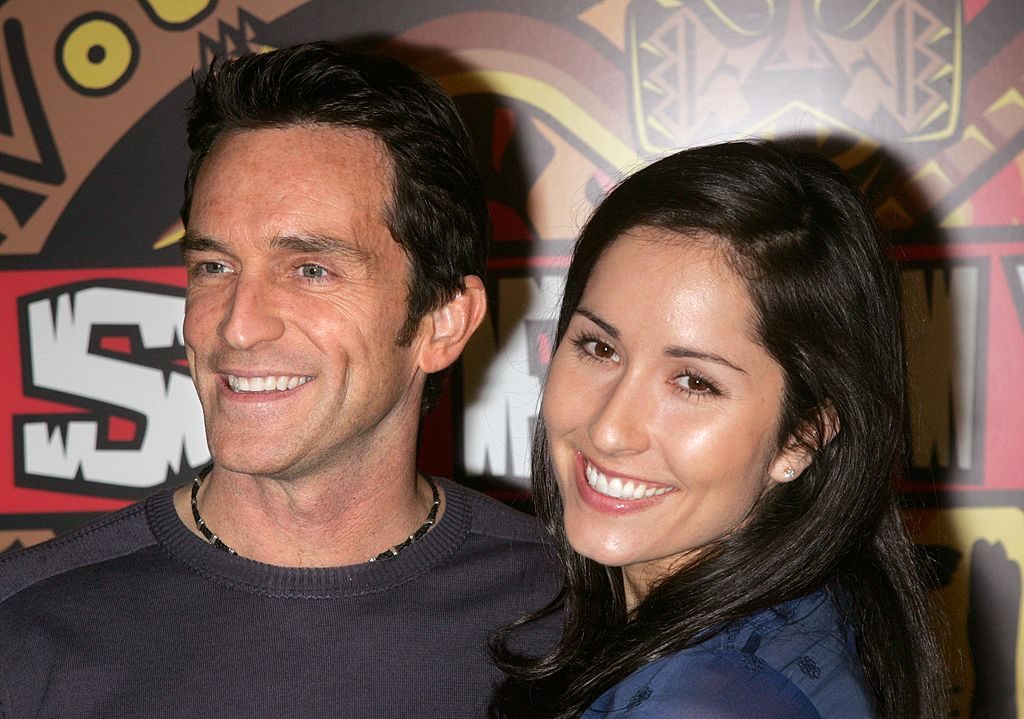 It’s hard to believe Survivor has been running for nearly 20 years — and host Jeff Probst has been there through it all. While he may have started the show as the young host who guided the castaways on their island adventure as they voted each other off and vied for the $1 million prize, a lot has changed since Survivor was brand new. Now, all the kinks have been ironed out as Probst stands as the executive producer of the show and continues to add incredible twists and turns to keep the contestants and the viewers guessing.

Probst has taken some twists of his own, too. We can’t forget that once upon a time, he actually dated a contestant on the show. Here’s what we know.

Jeff Probst fell in love with Julie Berry, a contestant on Season 9 of Survivor

While Probst is known for talking through each Survivor challenge and providing plenty of important commentary during Tribal Council, no one ever expected he’d date a contestant — not even him. Men’s Health reminds us before he dated a Survivor star, Probst was married to a psychotherapist. But after their divorce, he fell hard for Julie Berry, a contestant on Season 9, Vanuatu, which premiered back in 2004.

Berry and Probst may have had a 19-year age difference between them, but they didn’t let that stop them. People reports Probst was the one to make the first move, as he emailed Berry once the show had wrapped up their production for Vanuatu. “Once we started spending some time together, I didn’t have any doubt. I didn’t have any doubt and all the questions about how you meet and any potential obstacles, they fade away like an old dry leaf,” Probst said. From there, Probst admitted he was totally in love. “I’m with her. I’m with her family, and there ain’t no turning back. When you find it, you know and now I get it,” he added.

They came forward with their romance at the Survivor reunion

It may seem like there should’ve been some obvious flirtation between Berry and Probst while production was going on for the show, but Probst told People that wasn’t the case at all. It wasn’t until he reached out to her once her season was finished filming that they really hit it off. “The funny thing was there was this perception we were flirting on the show, and that was actually just fun stuff on the show. I didn’t really talk to Julie until long after the show was over,” Probst said.

The romance seemed to shock the beloved Survivor host, too. As he told People, “Nobody is more surprised than me that I could find my love affair on a show that I host.” And while they came forth with their romance during the Vanuatu reunion, their relationship wasn’t destined to last forever. Men’s Health notes they called it quits in 2008 and have kept relatively quiet about it since.

Today, Probst is married to a different woman

Probst and Berry may not have lasted, but the Survivor host has found love again. Probst married former actress and model Lisa Ann Russell back in 2011, and she has two kids with former husband of 20 years, Mark-Paul Gosselaar.

Today, Probst has talked about what it’s like being another father figure to her two children — and he seems to absolutely love it. Probst has even talked about how they call him “dad,” too. “Sometimes it’d be dad, sometimes it’d be Jeff, dad two, sometimes it’d be D-2. But when we got married, when this ring went on my finger, Michael looked up and said, ‘dad,’ and I could tell that he knew now that this big thing was official and it was real,” he told Larry King.

It seems like Probst and Russell have a very healthy relationship, as he still gets to host Survivor twice a year and enjoy his family for the rest of the time he’s not in Fiji. Perhaps we’ll even see his wife and kids on the show at some point, too.