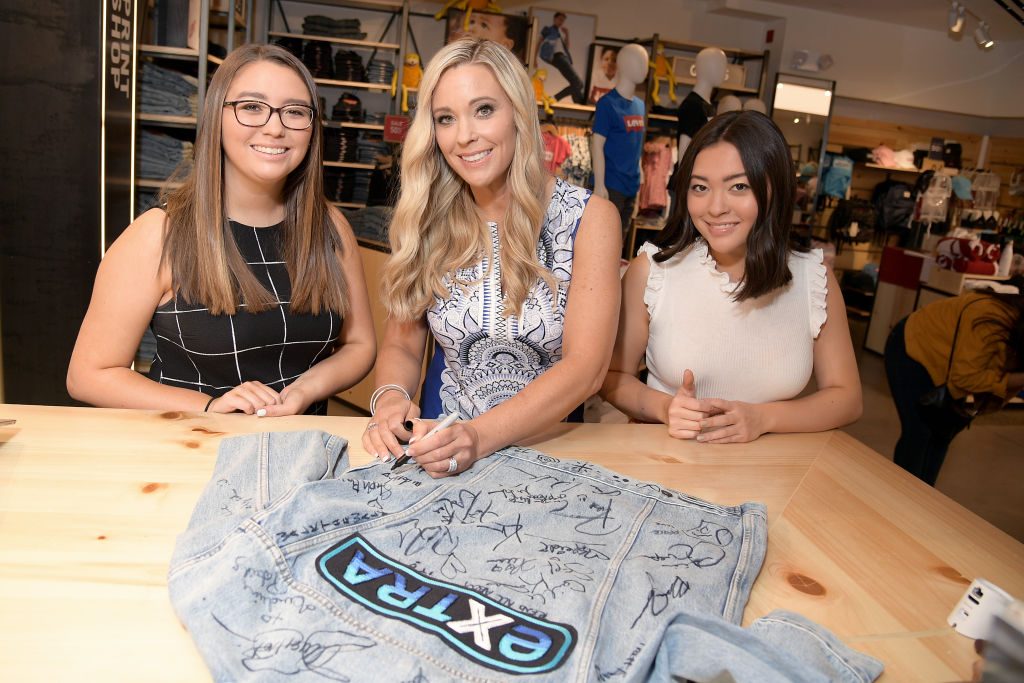 Jon and Kate Gosselin may have divorced over a decade ago, but their legacy lives on. The two first attained fame thanks to their TLC program, Jon & Kate Plus 8, and it was here that we were first introduced to their set of twins and sextuplets, too. Now, their highly-publicized divorce is even more famous than they are, as it seems Jon and Kate still can’t get along after all these years.

Jon has taken a backseat from reality TV, but Kate’s story is entirely different. She’s currently starring in her own reality TV show, Kate Plus Date, and her adult twins, Mady and Cara, are helping her on it as well. According to Kate, she still keeps up with all of her children despite their divided family — but Jon’s take seems to differ. So, does Kate really speak to all eight of her children? Here’s what she said.

While Kate had custody of all eight children at one point, such is not the case anymore. Hannah, one of the sextuplets, was the first of the kids to choose to live with Jon full-time instead of Kate. Jon frequently posts photos of him and Hannah together.

Kate has attempted to be supportive of her child’s decision, but In Touch Weekly notes an insider told Life & Style that the famous mom is having trouble accepting it. “The problem is that the kids are getting older and they’re starting to ask questions. Some are still Team Mom, but Team Dad is growing. It’s a very divided household,” the source said.

As for Collin, Jon currently has full custody of his son. Kate detailed her troubles with Collin in her book, I Just Want You to Know, and she also explained why she put him in a facility for alleged “special needs.” When Collin was preparing to leave the facility, Jon went to court to get full custody — and Kate failed to show.

Jon said Kate has had no contact with Collin

Jon spoke about his household and his life during an interview with Robin Meade on Morning Express. According to the dad, Hannah sees her siblings every once in a while — but Collin’s interaction with the other six remains limited, even though they live right down the street from Kate. “Hannah has more interaction with her siblings and Collin doesn’t. He had one visitation with his other siblings since he’s been back, but we’re working on that as we speak right now,” Jon said.

We also can’t forget that back in February 2019, Radar Online reported that fans noticed Kate wasn’t posting any photos of Collin. And Jon commented on one of his Instagram posts that Kate made “ZERO” attempts to see her son, too. We’re not sure if that’s the case now, as a lot could have changed over the year — but given that we still have yet to see Collin in Kate’s photos, we’re betting the teen is keeping his distance.

Is Kate acting as if she talks to all of her kids?

Kate hasn’t spoken much about Collin since losing custody. In fact, during a recent interview with Today, she seemed to allude that her relationship with all of her kids was just fine. Kate verified that Hannah and Collin both lived with Jon during her interview, but she also added that she made sure all of the kids had a voice in this and are happy where they are. “Whatever works for each of them works for me,” she said. “We’re as happy as eight teenagers can be,” she laughed.

This type of language may have some believing she still has a good relationship with Hannah and Collin. Not only that, but Kate also told Good Housekeeping that she frequently uses Snapchat during the filming of Kate Plus Date to laugh with her kids about what’s going on with the show. She added that her kids all have their own opinions about the eligible bachelors, too.

Is Kate contacting Hannah and Collin when she mentions laughing with her kids, too? She doesn’t leave them out of the conversation, so some may believe that she’s alluding to all of them speaking once again as one big, happy family. Either way, we’re hoping all eight of the Gosselins, as well as Jon and Kate, are in a better, happier place now!