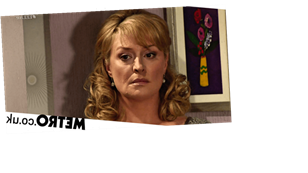 EastEnders fans can relive an iconic hour-long episode from the acclaimed ‘Who Killed Lucy Beale?’ narrative tonight on BBC One.

The BBC One soap opera was forced to shut down production amid the coronavirus pandemic, and remaining episodes were subsequently rationed out to keep it on air.

However, with the final pre-lockdown episode having aired on June 16, the serial drama was forced to go off the air for the first time in history.

Iconic episodes from days gone by are being re-shown on Tuesday evenings in a primetime BBC One slot, in an effort to ensure loyal fans get their weekly Walford outing.

Tonight’s edition is from the Who Killed Lucy? saga.

What happened in tonight’s ‘Who Killed Lucy?’ episode?

Lucy Beale (Hetti Bywater) left Albert Square on Good Friday 2014, but she never returned home, and the following day she was discovered dead in Walford Common.

Expert storytelling ensured that viewers had to wait almost a whole year before they found out what happened, and there were several murder suspects — all of who had plenty of motive to want the young woman dead.

The hour-long edition which is being re-shown tonight — which is both the soap’s 5017th and 5018th — sees Ian begin to work out what happened on the night in which Lucy died, and therefore he confronts Jane (Laurie Brett).

Did Jane kill Lucy in EastEnders?

The short answer to such a question is, no. No, Jane did not kill Lucy.

Bobby Beale (Eliot Carrington) was the shock murderer, and — as revealed in the following episode, which was a flashback instalment — Jane walked in seconds after Lucy met her demise. and ultimately helped him cover up the murder.

The truth was revealed when Jane confessed in a fully live instalment — which served as the culmination to the soap’s 30th anniversary — and in the Beale clan resolved to keep their discover a secret.

However, eventually, the truth came out, as Bobby continued to lash out — and even attacked Jane with a hockey stick.

After spending some time in prison, the young lad returned to Walford last year, with actor Clay Milner Russell having taken over the role.

Bobby still struggles with what happened on that night in 2014.