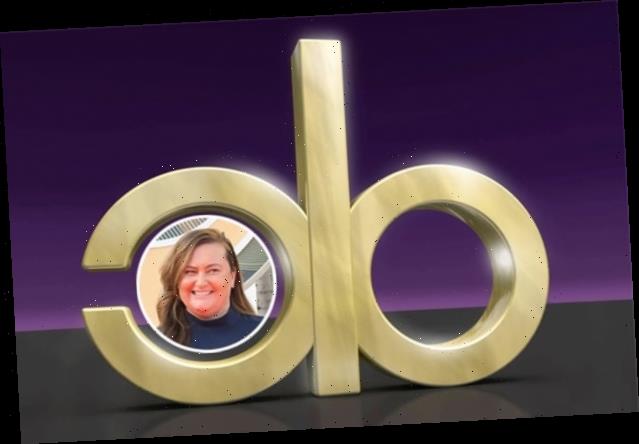 Has ‘Riverdale’ Held Up in the Ratings Since the Big Time Jump?

Amy Thurlow is “in way over her head” as president of Golden Globes producer Dick Clark Productions, an insider tells TheWrap

Amy Thurlow, the president of Dick Clark Productions whose management style has led to at least five executive departures this year, was the subject of complaints about her drinking, abusive behavior and inappropriate language in a previous executive role at TV Guide, TheWrap has learned.

Before joining DCP, which produces the annual Golden Globes and Academy of Country Music awards, Thurlow drew criticism for her work as CFO of TV Guide Network from 2011 to 2014. Thurlow was “despised” by her colleagues for bullying subordinates, was often “pass-out” drunk at company events and made an inappropriate remark to an Asian American colleague that led to an HR complaint, according to at least one individual who worked with her at the time.

Lionsgate, which owned TV Guide Network, said it would not comment on a personnel issue. Through a DCP spokesperson, Thurlow declined to address these allegations or complaints about a toxic culture at Dick Clark Productions.

Complaints about Thurlow’s management style and abilities intensified at Dick Clark Productions, where she was named president in November 2019 by Asif Satchu and Modi Wyczk, the co-CEOs and co-owners of DCP parent company MRC, along with Todd Boehly. She joined the company in 2014, working as COO and CFO and reporting to her former bosses from the TV Guide Network, Mike Mahan and Allen Shapiro. Mahan supported her rise to president, as he stepped out of the company, according to several knowledgeable individuals.

Others were shocked at her promotion. “When she was given that job, anyone who knew her was like: Are you kidding me? Her finance team didn’t even consider her to be that knowledgeable about the workings of the business,” one executive said. “When there were questions about the business, she was often calling in a panic. She didn’t learn or know the fundamentals. It’s bizarre and insane that she was given that title and responsibility.” 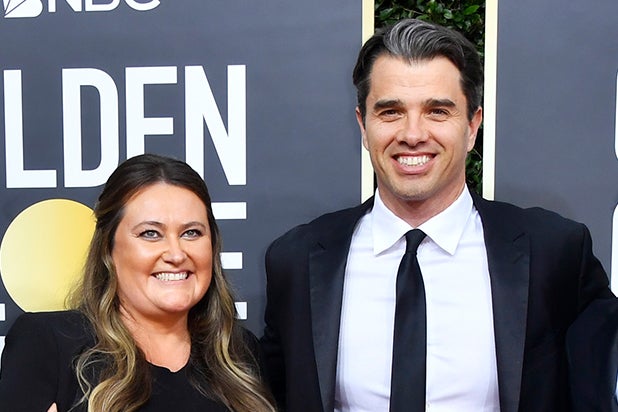 Another executive close to DCP also questioned Thurlow’s elevation. “When she took over, she was not prepared to manage,” this insider said. “Amy doesn’t have that comfort zone to do that. She got hit with the pandemic, she got hit with the debacle of award shows. She was not prepared. It’s a tough job, and she’d always had Mike (Mahan) and Allen (Shapiro) in her corner to go to. And with Mike and Allen gone, she’d go to the corner and there was no one there.”

Two executives said that DCP has still not closed a deal with CBS to air the ACM Awards after this year’s ceremony airs on April 18. “She didn’t start negotiating until January,” one of the executives said. “That’s reckless.” Another insider suggested that the decision to postpone renegotiations was Satchu and Wyczk’s.

A television executive at a major company who works closely with Thurlow said she was essentially set up to fail. “She’s in way over her head. She was put in this job and wasn’t prepared for it. You need someone who can lead the troops. These shows are hard. Everyone has to row in the same direction. But she doesn’t have that in her DNA — she’s not that kind of person. If you’ve just been a CFO trying to figure out how to have people make their quarter (numbers) — you’re not a leader.” This person added: “I do know she raises her voice and talks in inappropriate ways. But she’s pressured by people above her in the food chain and she reacts poorly. It’s what’s happening as a result of not being able to handle pressure or having the skill set to do the job.”

In a statement to TheWrap, a spokesperson for DCP disputed the characterizations of Thurlow’s tenure at the company. “This is a misogynistic assault on a strong female leader. For the past six years, Amy was a top ranking officer of a management team responsible for a spectacular tripling of the EBITDA of the company,” the statement reads. “She was the hand-picked successor of previous leadership and absolutely earned the opportunity to rise to the role of President. This couldn’t have been a harder first year on the job for any leader, much less one in the world of live event production. Amy and our remarkable, hardworking and talented team, safely produced numerous live events in a condensed time frame in the midst of the pandemic. Amy does recognize that she has room for improvement in areas, and is committed to grow via collecting and addressing feedback directly with her team. We will not be commenting further on what we believe is a sexist, scurrilous and venomous attack by anonymous sources.” (Mahan and Shapiro declined to comment for this article.)

On Friday, Thurlow held an all-hands meeting for DCP staffers in which she acknowledged the complaints about her leadership and said she was “taking it seriously,” according to an individual with knowledge of the meeting. She encouraged people with issues to air them and give feedback “in any way they feel comfortable.”

As TheWrap reported earlier this week, five top DCP executives have quit in the past few weeks amid complaints of what multiple individuals described as a toxic culture. An insider described Thurlow as someone who was “very, very challenging” to work for, calling out a management style “that could be classified as toxic.” 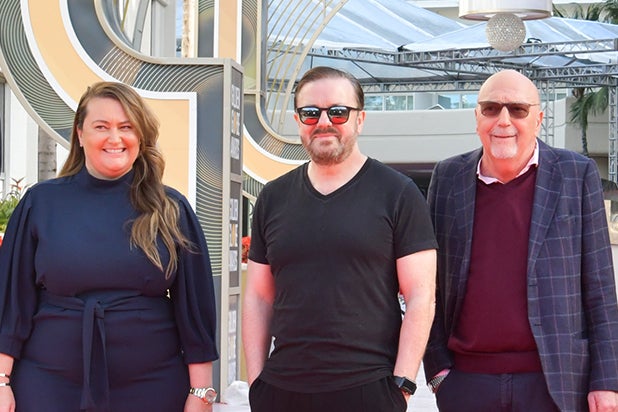 Thurlow has left a long trail of disgruntled colleagues and employees in her wake. The individual who worked previously with Thurlow at TV Guide said she stood out for riding her staff until all hours of the night, frequently yelling at people who didn’t respond to her liking. On one occasion, the individual said, Thurlow broke her leg and required one of her senior staffers to accompany her to Los Angeles “for the sole purpose of driving her around… She had a vice president helping her get in and out of cars.”

Thurlow declined to respond to this incident, or any specific accusations about her past behavior.

The insider said that Thurlow also showed signs of having a serious drinking problem during her time at TV Guide. “She was always drunk at any company function,” the individual said. “She would get pass-out drunk. Employees had to carry her down the stairs from a company party because she’d pass out, and it was always finance people who worked for her who always had to do these unspeakable tasks.”

At one holiday party in New York City, the insider recalled, Thurlow and another top executive approached Leslie Furuta, a vice president of communications of Asian descent, and said: “Our nickname for you is sex kitten.”

Christy Tanner, then the general manager of TV Guide Digital, was told of the exchange and reported it to Lionsgate’s human resources department since the studio owned half of the company, according to the knowledgeable individual. Tanner also called Mahan and told him that Thurlow needed to go to rehab. Mahan said it wasn’t necessary, the individual said, “and that was the end of that.”