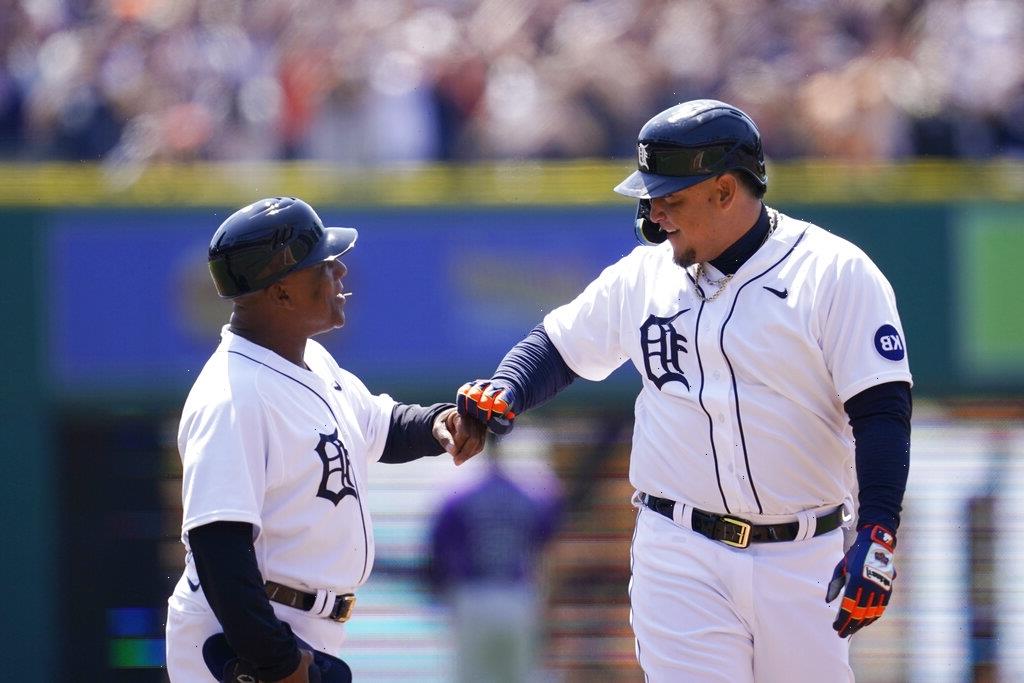 He is the 33rd player in MLB history to get 3,000 hits, virtually ensuring a ticket to the baseball Hall of Fame.

Cabrera’s ground ball single to right field came against fellow Venezuelan Antonio Senzatela and set off a celebration around the Tigers’ Comerica Park. The crowd gave him a standing ovation and chanted his name, as fireworks erupted and teammates ran out to hug him.

He later scored that same inning on a three-run home run by rookie Spencer Torkelson, who has largely taken over first base duties as the older Cabrera shifted to DH.

At the end of the inning, the scoreboard flashed, “Congratulations Miggy,” as Cabrera emerged from the dugout to wave to fans. The celebration was a stark contrast to Cabrera’s last at-bat on Thursday, when he was intentionally walked by the New York Yankees, prompting boos from fans eager to see history made. Friday’s game against the Rockies was rained out, setting the stage for Saturday’s drama.

The 39-year-old Cabrera is the first Venezuelan-born player and seventh Latino to reach the 3,000-hit mark.

His resume includes winning the Triple Crown for topping the league in home runs, RBI and batting average while winning the first of back-to-back MVP awards in 2012.

He is the third player to get his 3,000th hit while with Detroit, joining Ty Cobb and Al Kaline.