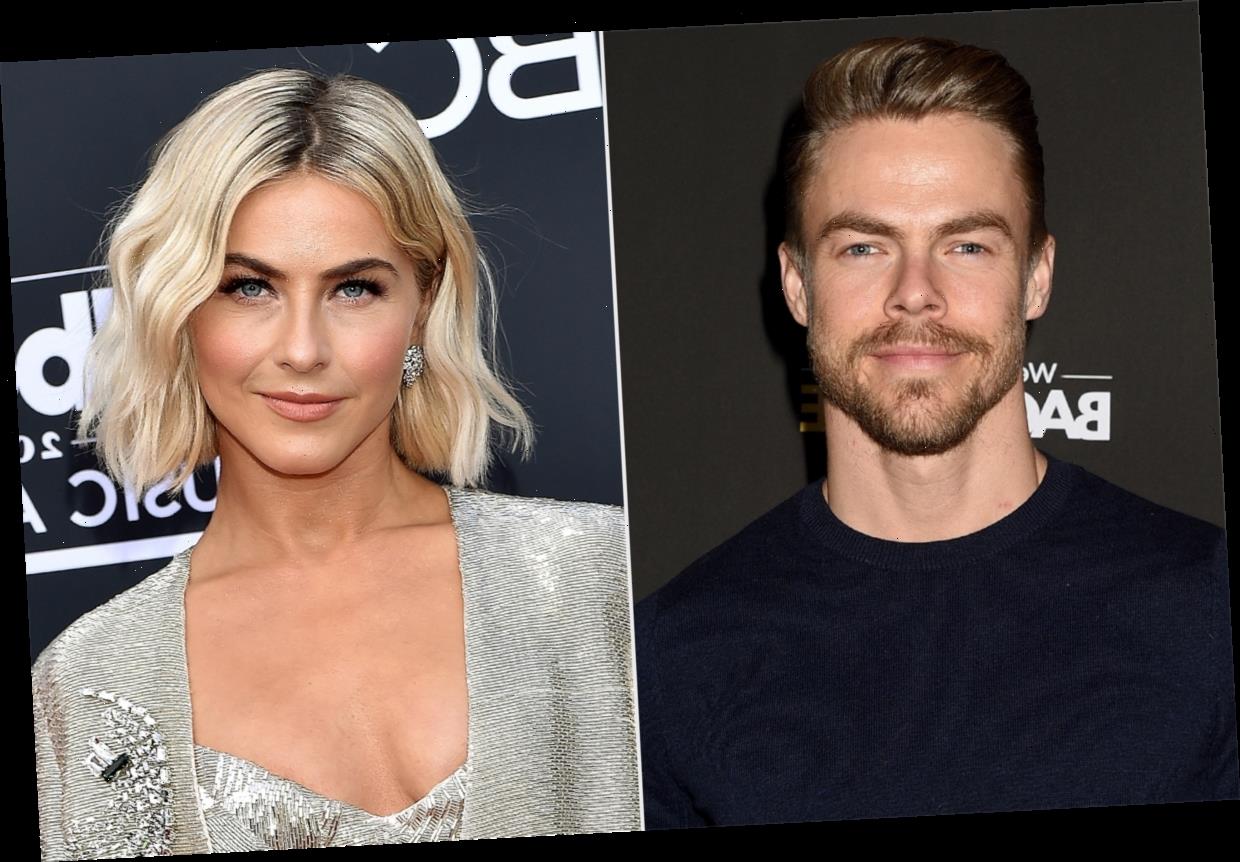 Derek Hough is happy to be back home in the ballroom.

Hough, 35, is opening up about his return to Dancing with the Stars (this time as a judge!), telling PEOPLE, "I'm excited to see what happens."

"There are a lot of unknowns and uncertainties this season, but I'm excited to see the solutions and see how we're all going to do it," Hough says, in reference to the coronavirus (COVID-19) pandemic.

Hough, who last appeared on the show as a pro during season 23, will be joining returning judges Carrie Ann Inaba and Bruno Tonioli. Longtime head judge Len Goodman is unable to judge this season live in the ballroom because he is hunkered down in England during the global health crisis.

"I already have a great relationship with them — I've known them for years," Hough says of working with Inaba, 52, and Tonioli, 64. "We've been chatting. We're supposed to be eight feet apart from each other at the judges' desk, so that's going to be a long desk. Bruno and I are very similar in the way I move my body. It's probably good that we're not next to each other, because it would have been a hazard. Poor Carrie Ann would've been dodging arms everywhere."

RELATED: Derek Hough Joins DWTS as Judge as Its Revealed Len Goodman Will Be Part of Show in Different Role

As for how he'll be judging contestants, the six-time Mirrorball trophy winner explains, "I want to be fair." Hough happens to hold the record for most DWTS wins. What's his secret?

"For me, it's everything. It's formula. It's combination. It's the routines, it's the music, it's the costumes, it's the story," he says. "I think that’s really important. It’s connecting with America. By connecting to America, you have to be one, playful out, take advantage of this whole experience which is ridiculous and outrageous … but also to be completely open and real in yourself and be vulnerable. I think that’s when the connection happens when people at home. When that happens they root for you, they vote for you."

In addition to changes due to COVID-19, this season of DWTS will also see Tyra Banks take over as host. (ABC and BBC Studios announced the departures of longtime hosts Tom Bergeron and Erin Andrews in July.)

"I love Tyra," Derek says. "I had the opportunity to talk with her for a couple hours a couple years ago and thought she was just fantastic and so smart and brilliant and passionate and energetic."

Hough shares he'll "definitely" be leaning on Banks, who has years of experience as a supermodel, when it comes to photoshoots.

"I'll definitely be pulling her aside and be like, 'Listen, I need some help.' When I started doing photoshoots and stuff, I was like, ‘I genuinely don’t know what I’m doing.’" Hough jokes.

As for whether his sister and fellow dancer Julianne Hough will also stage a DWTS return, Derek teases, "You never know."

"No plans of it yet," Hough says of Julianne, 32, coming back as a guest judge. "You never know. That's one thing I've learned about DWTS, is that things change every single week."

“This show has been and will always be incredibly special to me," he said in a statement. "Coming back feels like coming home and I couldn’t be more excited to be back in the ballroom.”