Refresh for more analysis and Top 10 chart: If you’re looking for any exciting financial action to come out of the movie business, it’s not at the box office, but the stock exchange. The continued closure of movie theaters during Covid, with only 45% of all 5,8K U.S. and Canada movie theaters opened, yielded Warner Bros. Denzel Washington-Rami Malek thriller The Little Things this past weekend which only opened to $4.8M at 2,171 theaters, the best for an R-rated movie and older guy fare during the pandemic. Worldwide The Little Things made $7.6M with money from 20 markets including Russia, Saudi Arabia, Taiwan, and United Artists Emirates.

However, even though there’s not a lot of people coming through movie theaters, including No. 1 chain AMC, that exhibitor capped off a wild week seeing its market cap boom to $4.5 billion and its closing stock price up close to 300% week-over-week on Friday with $13.26 after a square off between short-selling investors and Reddit group buyers. Market business was so great for AMC, its notable stakeholder Silver Lake cashed out on Friday, converting $600M in the exhibitor’s debt into equity, and then selling those shares for a handsome profit.

As far as the exhibition landscape goes as newly elected U.S. President Joe Biden seeks to get the whole nation inoculated by summer, Illinois and Chicago re-opened theaters this past weekend. Boston is reopening with 25% capacity limits starting Monday; the city’s theaters haven’t had their lights on since well before mid-December. AMC Boston Common and South Dorchester will reopen on Feb. 5. Seattle will reopen some cinemas next weekend as well. According to sources, to date, close to 2K theaters haven not given a reopening date. In regards to the B.O. capital states, New York has just over 20% of all movie theaters open, while California has just above 5%.

We still have a long way to go, and with the studios delaying product, even though they’re selling a bulk upfront, I gotta think there remains a belief in the tried-and-true revenue generating theatrical window system — even if physical media is retiring, and streaming is booming. In regards to this whole controversial 2021 theatrical-simultaneous HBO Max release strategy, AT&T Boss John Stankey was on the defense during a Q4 call claiming, and it’s hard to argue this point with him, that “the data points have come in and are consistent with the assumptions,” meaning Warners’ was correct about how the marketplace was going to suck wind for a while as more studios abandoned the first half of the year (that said we await with bated breath for moviegoing to return). 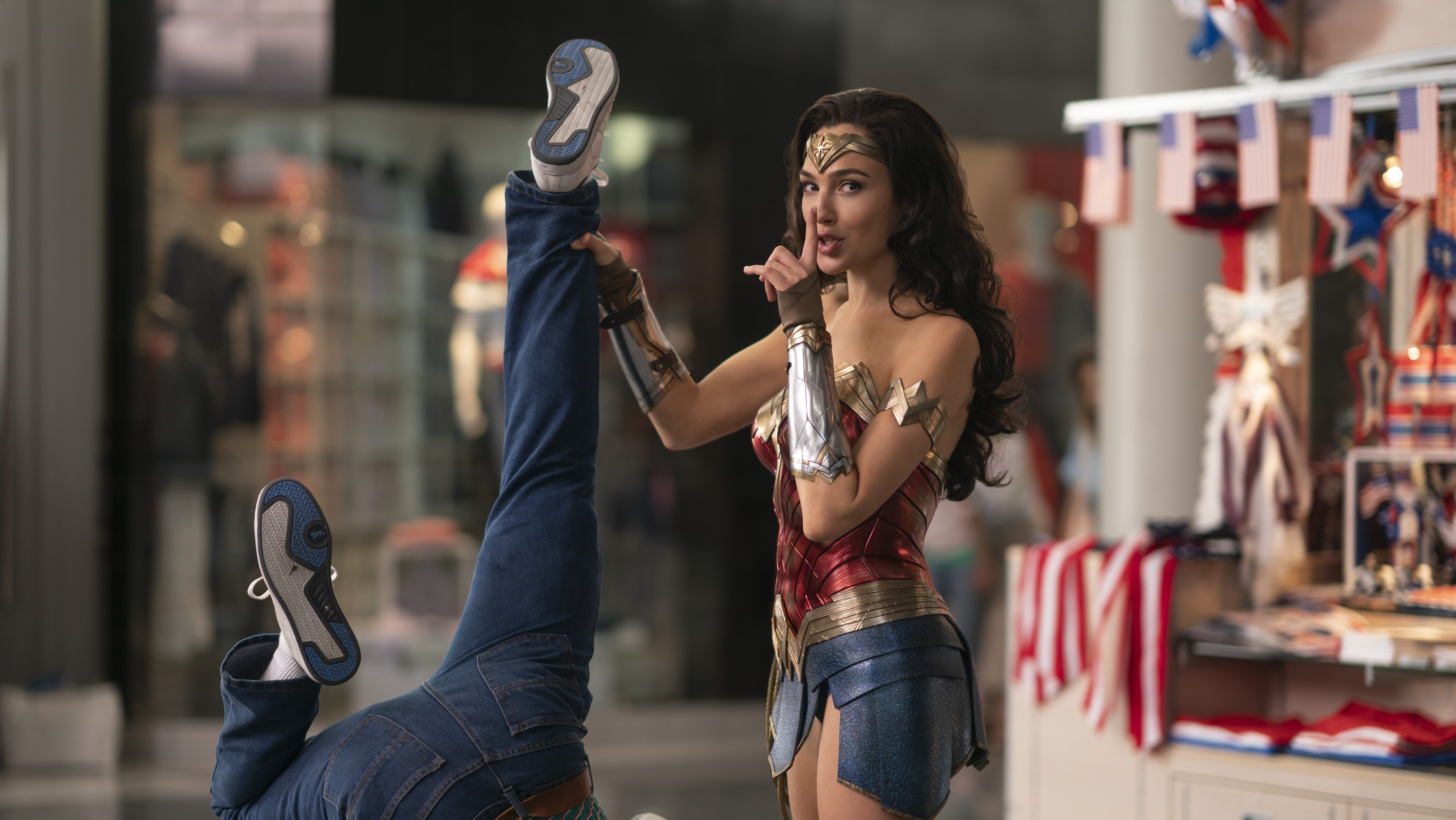 There were other highlights coming away from the 31-day play of Wonder Woman 1984 on fledgling streaming service HBO Max and in theaters: Q4 HBO Max subscribers doubled to 17.4M and Nielsen reported that viewing of the Patty Jenkins directed Gal Gadot DC movie was a monster over the year-end holiday during the Dec. 21-27 corridor with 2.25 billion minutes of streaming, squashing Disney+’s Soul by 35%.

However, with all these horns blaring, it remains to be seen whether AT&T is making any money off this WarnerMedia experiment. It might be a good form of marketing for the streaming service in the short term, and a means to spike subs during the pandemic by tapping inventory that’s lying around, but where’s the money? Especially on a picture-by-picture basis. WW1984 has only grossed $152M WW off a $200M production cost, not including P&A spend. The sequel ranked third in its 6th weekend with $1.3M and a running domestic take of $39.2M.  I continue to beat the drum that WarnerMedia should have segued product on a picture-by-picture basis to HBO Max in response to the pandemic versus this knee-jerk full slate move.

As such stats came out this week, AT&T Q4 expenses including roughly $780M “from the impairment of production and other content inventory at WarnerMedia” with $520M “resulting from the continued shutdown of theaters during the pandemic and the hybrid distribution model for our 2021 film slate” the telecom reported. 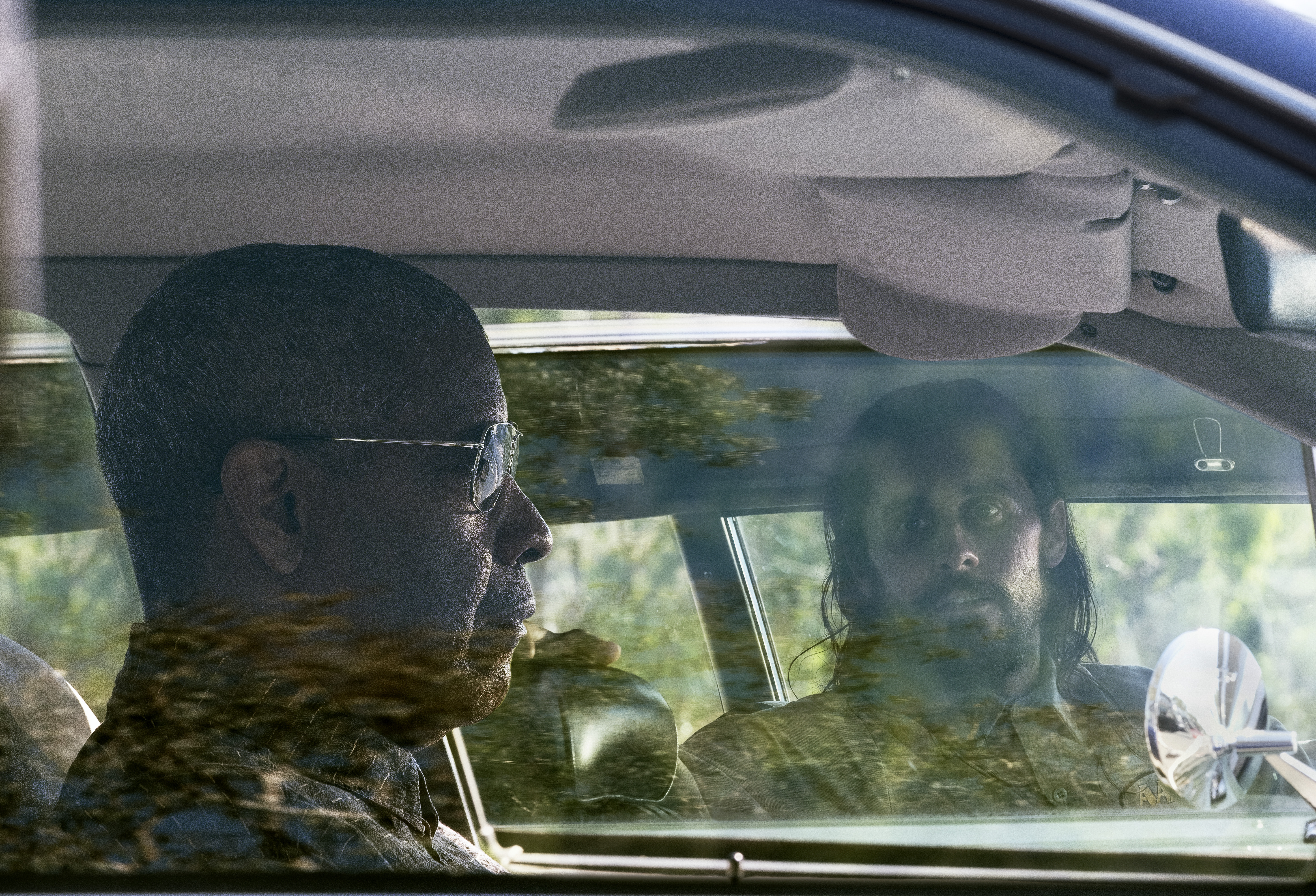 How did Little Things do on HBO Max. We don’t know statistically with Andy Forssell, EVP and General Manager of HBO Max only boasting sans numbers, “We are absolutely thrilled by how Warner Bros.’ The Little Things is performing on HBO Max — it immediately shot up to number one, where it currently remains. Following the breakthrough success of Wonder Woman 1984, The Little Things shows the insatiable appetite our audience has for high quality, feature films.”

On CinemaScore, audiences weren’t wowed by Little Things giving it a B-, which is lower for Washington in his action thriller genre compared to the A received by Washington’s Equalizer 2 and A- of Equalizer, B+ from 2 Guns, and A- from Safe House. Some will try to defend that CinemaScore isn’t working with the same sized audience as they are during a normal marketplace, but an audience score is an audience score and Comscore/Screen Engine’s PostTrak shows a lower 67% positive and a 40% recommend. Those who bought tickets where theaters were open were 55% males, close to 80% over 25, with close to 60% over 35 years old. Caucasians repped 47% of ticket buyers, African Americans 29%, Hispanic 17% and 7% Asian/other. Critics on Rotten Tomatoes weren’t amused with Little Things at 48% Rotten, but they weren’t amused with Washington’s Equalizer pics either, part 1 and 2 getting a low 59% and 51% Rotten.

In regard to Little Things’ marketing, RelishMix noticed that Warner Bros. “used a short runway Covid-centric-tactic, given date and day/day release pivots, tapping the studio’s social channels with a SMU Social Media Universe of 53.8M SMU cross-promoted with HBO Max social channel with the emerging 1.8M SMU — and bypassed the tradition ramp-up of new dedicated pages for the film. The Warner Bros. Facebook with 34.3M connected fans, and although only one trailer, posting is robust over the last 3 weeks with moderate engagement for Facebook views just over 500k, but, the well boosted materials on YouTube have just crossed 20M views for owned and earned posts and reposts which is strong. Jared Leto’s super social channels (33.1M SMU) for he and his 30 Seconds To Mars band feeds are lifting the SMU Social Media Universe to 109.5M which is good for the drama/thriller genre.”

Despite WarnerMedia’s newfound love affair with streaming, RelishMix points out, “On the WBPictures Instagram, they want to send a clear message of where you can see the film on the big screen.”

Meanwhile, some clapping here for Universal which continues to see its DreamWorks Animation Croods: A New Age continually stay afloat at the weekend box office, even though it’s on PVOD. It just shows family in those parts of the nation where theaters are open, prefer to head to the cinemas for a diversion. The feature is +2% in weekend 10 in the No. 2 sport with $1.84M and a running domestic $43.9M, with foreign shooting past $100M for a $144.4M WW take. On the recent DEG year-end report, Universal estimated the 18 films it has put out on PVOD in the past 10 months have brought in more than $500 million in revenue in a $30 billion home entertainment 2020, +21% from 2019.