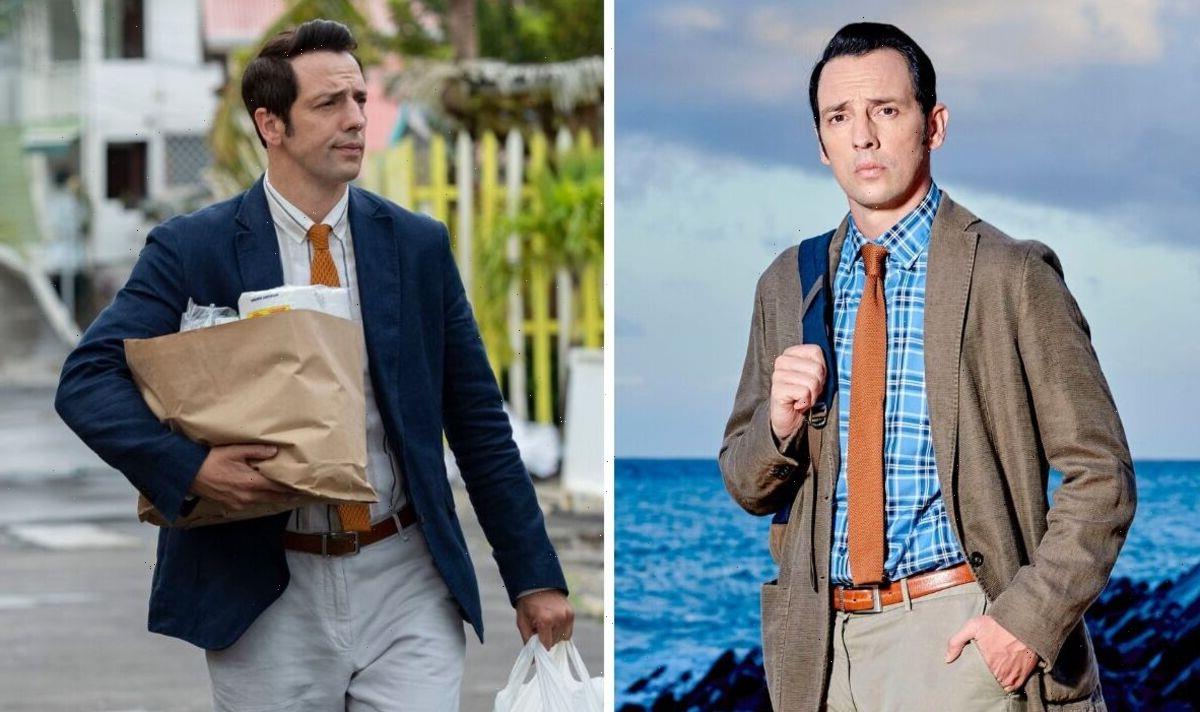 Ralf Little jokes about scene in Death in Paradise

On Boxing Day, Death in Paradise viewers were treated to a Christmas special, which saw Neville Parker (played by Ralf Little) solving another mysterious murder. Commissioner Selwyn Patterson also got a blast from the past when an old case came back to haunt him. In January, series 12 of the BBC drama will hit screens and will see Neville and the team solving a string of crimes on Saint Marie.

Since the festive episode aired, Ralf has teased fans with some behind-the-scenes clips and pictures from on set.

In his most recent post, Ralf shared some photos of him and the camera crew while filming.

He penned: “Here’s a behind-the-scenes look at just how many people it takes behind the camera to bring Saint Marie to life.

“Grateful for each and every one of you.”

In another post, the Neville Parker star shared a throwback clip of the actor, Shyko Amos and Tobi Bakare in a helicopter.

He captioned the video: “I’ll never forget shooting in this helicopter for Season 9 of @deathinparadiseofficial with @shykoamos Tobi Bakare, and @audeshebba.

“As you can see, we were all completely relaxed and definitely not terrified…#behindthescenes #acting #onlocation #helicopter #deathinparadise.”

However, some fans grew concerned by Ralf’s posts, with many worrying that he might leave the show.

User clodaghlily replied: “So can’t wait for the new series but something is making me feel like this is your last series.”

“LOVED the Christmas special and really looking forward to the new series. I hope you continue to play Neville Parker for many more series,” user carole_moyes said.