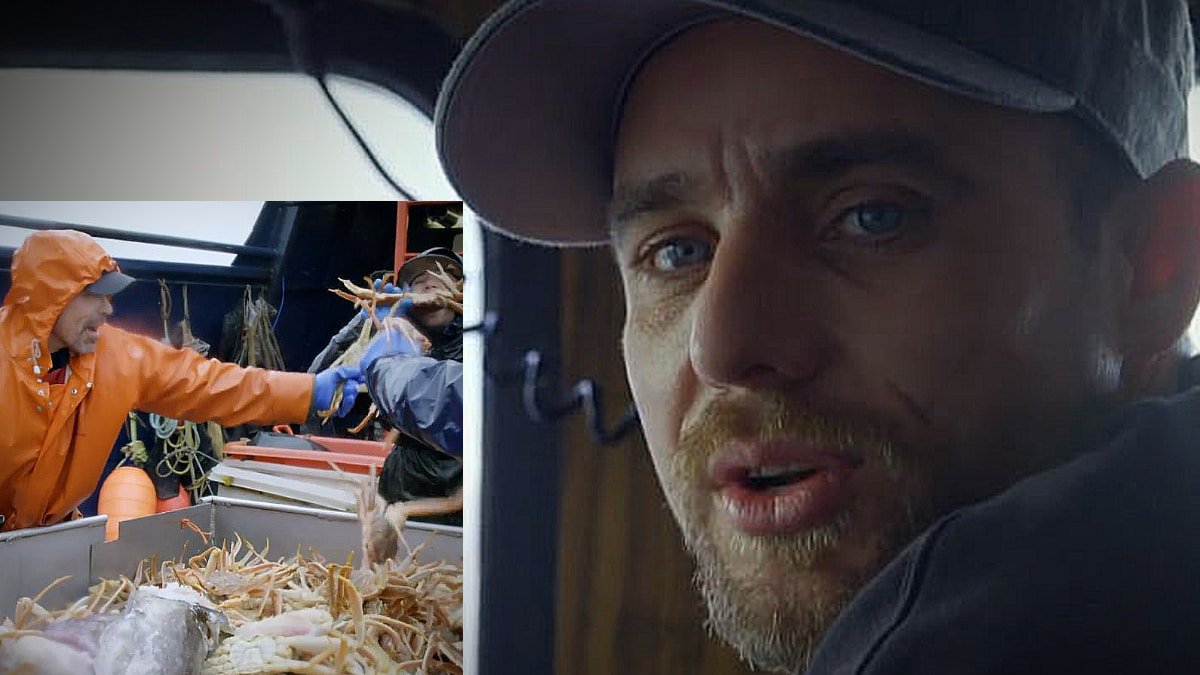 On Tuesday night’s Deadliest Catch, Captain Jake Anderson watches intently from his cabin above the decks of the Saga and witnesses a direct hit of a giant wave that nearly cost lives.

The exclusive clip starts out in a state of extreme joy at the windfall of crustaceans but quickly the mood turns on a dime to all business and far more serious.

In our snippet below, Jake is shown watching and advising the deckhands, who are hauling in pot after pot loaded with so many crabs they don’t have time to count them all.

And that fact is making them all giddy as they start to get sloppy and silly, earning some barking orders from Anderson. He uses the microphone and on deck PA to snap them out of it, tersely ordering them to stop talking and pay attention to getting that crab into the hold.

As Jake watches the progression of pots coming up to be unloaded, he says: “So much crab…350-400 on 36 hours hopefully this will go pretty quick.”

Then the surf is markedly up. Big waves appear from the bow and hit with a ferocity that wakes everyone up.

Seeing this right before the initial impact, Jake says: “Don’t worry about the numbers, Steven.”

As it looms, the guys are still doing a jig on deck until he adds, “Don’t play around, don’t even talk. You gotta be fast.”

Then the waves crash the deck. The entire scene is swamped and barely recognizable from a moment ago.

Why is he such a buzz kill when the guys are seeing nothing but dollar bills flying out of those packed pots? He knows that carelessness and lack of focus can be fatal in a split second on deck in the sea.

And also because Anderson has the radar screen nearby that shows him and not his guys that a line of giant waves are heading their way, and it’s going to get ugly really fast, as we witness in the clip.

It’s another lesson that life out on the Bering Sea, an unpredictable seascape that is fraught with twisty turns of fate as great fishing luck can be extinguished by mother nature in a second.

On a lighter note, Anderson is taking part in the fun promos for Shark Week, Discovery’s epic week-long adventure of factual and fun programming designed to educate and entertain those intrigued by nature’s ocean predators – sharks. Here is his fun promo:

And he and his mentor and friend Sig Hansen of the F/V Northwestern have been booked on cooking segments to show off their special crab recipes too (Read our exclusive with the two captains here!) :