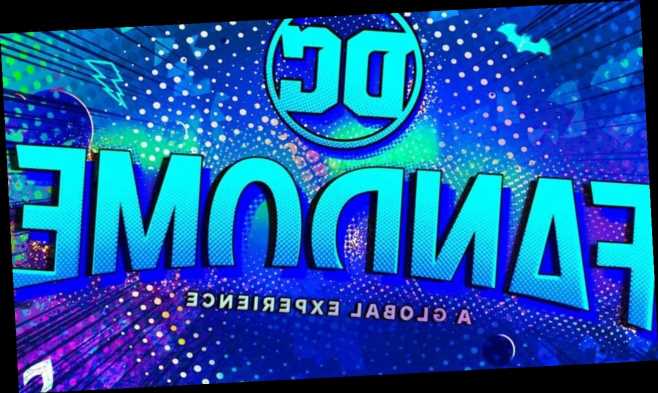 DC FanDome kicks off today, August 22. We already know that we’re at least getting a trailer from the upcoming October movie Wonder Woman: 1984, which director Patty Jenkins tweeted about recently. But considering the amount of movie panels at the show, we’re sure to be getting a whole lot more than that.

DC’s virtual event will feature movies like The Batman, Suicide Squad, Shazam, and more will be highlighted with panels throughout the day on August 22. That’s only one day away, and not only will the panels focus on films, but also new DC-themed video games.

On August 19, just days before the launch of DC FanDome, DC announced it was splitting the event between two days: one on August 22 and the other on September 12. So this weekend’s lineup for the show has changed quite a bit. All of the movie panels, along with a few high-profile TV panels will take place on August 22, while everything else has been moved to September. The updated schedule is located below.

What Is DC FanDome? Start Dates, Times, And What To Expect

Warner Bros.–and more specifically DC–is taking a different approach to the summer convention. Because of the COVID-19 pandemic–and because physical convention are not a good idea by any means–a virtual event called DC FanDome will be coming to fans on August 22. This 24-hour event will primarily cover movies. The panel schedule has been released, and the show is looking very promising.

The big standout when comparing DC FanDome is the panels. While [email protected] gave us info on a couple of highly-anticipated movies and shows, like Bill and Ted Face the Music and The Boys Season 2, DC FanDome is delivering panels around numerous DC movies: Wonder Woman 1984, The Flash, The Batman, The Suicide Squad, Shazam 2, Black Adam, and the Snyder Cut of Justice League, all of which will include some massive stars.

Additionally, there are two DC games panels, including the recently teased Suicide Squad game from Rocksteady, the developer behind the Batman: Arkham trilogy. There is also a WB Games Montreal announcement as well, where it will debut a new game believed to be tied to Batman. Teasers released suggest it could involve the Court of Owls, and a secret code entered on a promotional website hints at Two-Face making a return.

In addition to the Hall of Heroes, there is the WatchVerse, which focuses on TV shows like Pennyworth, Black Lightning, Doom Patrol. These panels will all appear on the second-half of DC FanDome on September 12. This section will also have screenings of DC animated moves as well. You can check out a curated selection of the must-watch panels from there as well. We recommend the Young Justice panel which will be moderated by GameSpot’s Chris E. Hayner. On top of all that, the KidsVerse, YouVerse, FunVerse, and InsiderVerse sections will each offer up something different for fans.

This virtual event will run for 24-hours straight, with encore presentations of panels playing in the early hours and, like [email protected], DC Fandome is free to attend. As far as where to watch, all FanDome content will be hosted on DCFanDome.com and DCKidsFanDome.com, where you can head now to make an account and save your personal schedule for later.

Below you’ll find a curated list of the most-notable panels coming to DC FanDome along with their official descriptions. Most of the panels run for about 30 minutes, except for The Flash and Shazam, which will both be 10 minutes long.

“Wonder Woman 1984 stars Gal Gadot, Chris Pine, Kristen Wiig, and Pedro Pascal, and director/co-writer/producer Patty Jenkins join forces with Brazilian hosts Érico Borgo and Aline Diniz to celebrate the fans in a big way. They will answer questions from fans from all over the world, talk fan art and cosplay, and reveal an all-new sneak peek at the upcoming film–plus a few more surprises!”

“Gamers! You won’t want to miss this first look at an exciting new game, and Q&A with its developers.”

“This 101-style conversation with The Flash filmmakers Andy Muschietti and Barbara Muschietti, star Ezra Miller and screenwriter Christina Hodson will give fans a speedy rundown on the first-ever Flash feature film.”

“What else would you expect from The Suicide Squad but the ultimate elimination game? First up, writer/director James Gunn takes on fan questions, then brings out Task Force X for a fast-paced, no-holds-barred Squad Showdown that tests every team member’s Squad knowledge–and survival skills!”

“Zack Snyder fields questions from fans and a few surprise guests as he discusses his eagerly awaited upcoming cut of the 2017 feature film and the movement that made it happen.”

“Executive producer Eric Wallace joins cast members Grant Gustin, Candice Patton, Danielle Panabaker, Carlos Valdes, Danielle Nicolet, Kayla Compton and Brandon McKnight to discuss all things Flash with Entertainment Weekly’s Chancellor Agard. Team Flash will break down both parts of season six and look ahead at what is to come with an exclusive trailer for season seven. Fans will also get a look at the exclusive black-and-white noir episode “Kiss Kiss Breach Breach,” which will be available on The Flash season six Blu-ray and DVD on August 25.”

“Star of the first-ever Black Adam feature film Dwayne Johnson sets the stage for the story and tone of the new movie with a fans-first Q&A…and a few surprises.”

“Aquaman director James Wan and King Orm himself, Patrick Wilson, take a deep dive into the world of Atlantis that Wan created, revealing their favorite behind-the-scenes moments from the largest DC movie ever!”

“Zac Levi and the cast can’t tell you s#&t! Sworn to secrecy on the new script for their upcoming movie, Zac and a few of his Shazamcastmates talk with the Philippines’ #1 DC fan, Gino Quillamor, about what the next movie might be about, while commenting on everything from panels to the other Zack’s cut–and even have a few surprise guests drop in!”

“The Batman filmmaker Matt Reeves joins host and self-professed fangirl Aisha Tyler for a discussion of the upcoming film…with a surprise (or two) for the fans!”