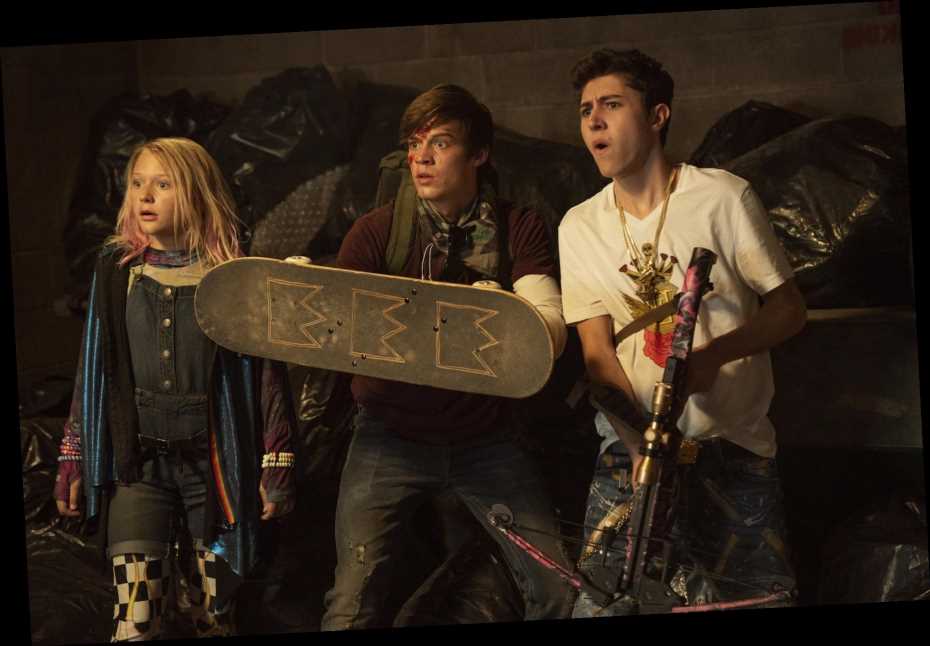 Decades of high school stories have been built on the idea that rules are made to be broken. So it’s no surprise that “Daybreak,” the new Netflix series following the teen survivors of a nuclear blast, sets out to subvert not only some of the well-trodden standards of the subgenre but the expectations it sets up for itself.

Based on Brian Ralph’s comics series, this adaptation from co-creators Aron Eli Coleite and Brad Peyton imagines an apocalyptic aftermath where Glendale High School students have carved up East Los Angeles into territorial pockets. The cheerleaders, the 4-H club, and the athletes are just a handful of tribes who’ve staked out their own domain in an irradiated landscape. Adults in this “Daybreak” world are either dead or have become ghoulies, zombie-brained walkers doomed to repeat their last innocuous pre-explosion thoughts for the rest of time.

Nukes fall, but if anything, they only intensify the problems that lingered under the surface before the explosions came. Graduation may have come for these kids a few years early, but now they find themselves smack in the middle of all the responsibilities that adulthood would have brought in due time. “Daybreak” just accelerates the process, adds a few deadly spikes, and puts the results through a washed-out Instagram filter. 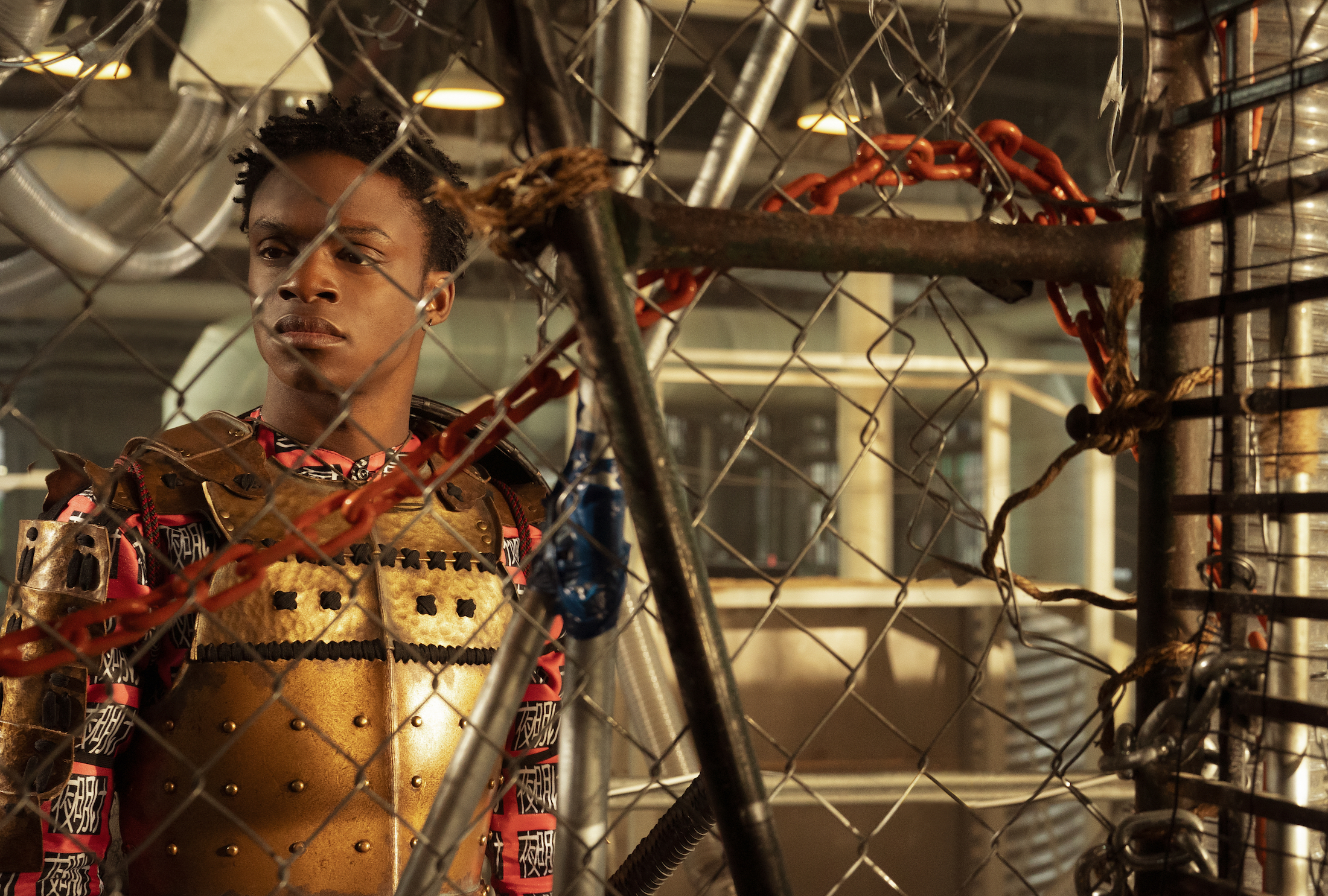 Our guide to this new Glendale that’s both strange and familiar is Josh Wheeler (Colin Ford), an outsider of sorts who’s stayed alive by minding his own business, literally and figuratively skating through the boundaries between these new disputed regions. While these warrior cliques are concerned with hoarding resources and murdering each other with relative simplicity, Josh is preoccupied with finding his way back to his lost love Sam Dean (Sophie Simnett).

Ford gives Josh just the right blend of charisma and sheepishness to be the ideal entry point into this world. But one of the show’s savviest narrative moves is widening the scope and allowing plenty of members from this rich “Daybreak” ensemble to give their own before-and-after perspective on their new existence. Along the way to save his beloved, Josh picks up a pair of fellow misfit compatriots: Wesley Fists (Austin Crute), a former football star who’s using his second chance at a first impression to indulge his love of kung fu and samurai stories, and Angelica (Alyvia Alyn Lind) a 10-year-old terror who’s got the mind of a MacArthur Fellow, the vocabulary of Nikki Glaser, and the general disposition of a little sister who knows precisely what buttons to push.

Yes, “Daybreak” is the latest Peak TV entry to go for a fourth-wall breaking approach and yes, Matthew Broderick is also in the cast. But while the “Ferris Bueller” comparisons will abound (ones the show actively courts at times), “Daybreak” also doubles as a better “Kick-Ass” than “Kick-Ass” and a better “Zombieland” sequel than the actual “Zombieland” sequel seems to be. Unlike other Netflix projects that have found wide audiences by existing purely as the product of ‘80s pop culture strip-mining, “Daybreak” wears its influences while marrying them to something distinct and of the present moment. Within that parade of last thoughts that each ghoulie repeats is an acknowledgment of all the colossally dumb concerns of 2019. As students make references to the parts of civilization they left behind, they make a good argument for our world to follow suit. 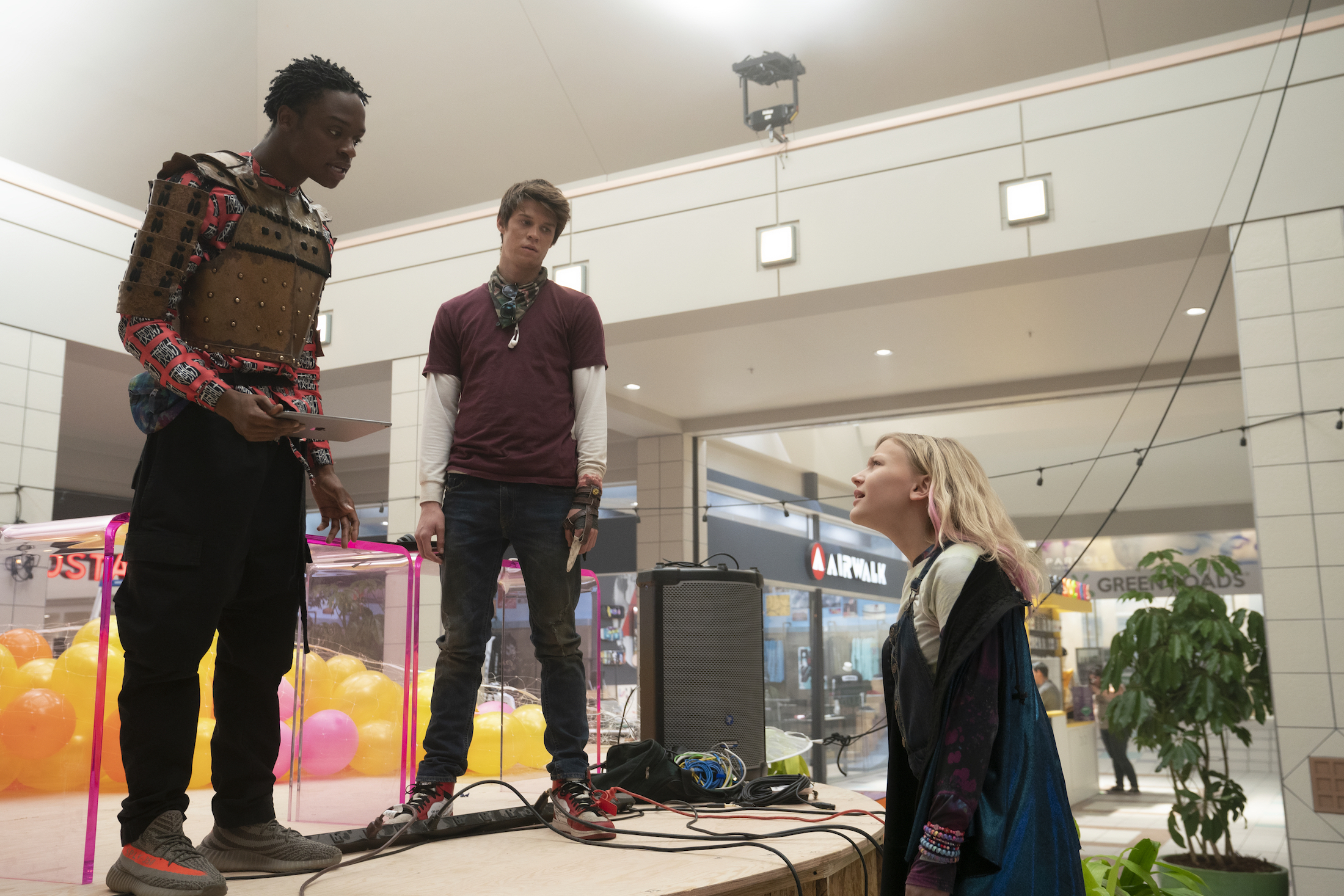 Only grown-ups have been eliminated completely and only animals face the consequences of mutation. While this new existence is cutthroat, it also gives its characters a chance to laugh through the end times. With high-schoolers as the canvas, “Daybreak” shows the natural human tendency to push back against any meaningful change. When given a chance to rebuild society in their own image, these students fall into old habits and assume the roles vacated by their now-zombiefied elders. Protectors ask for tribute, conflicts arise over perceived slights and a pathological need to avoid the perception of being a loser leads to endless, pointless endangerment.

Some of the details sprinkled around the former Glendale High student body feel a few years behind the times and there are a handful of jokes that get undercut by the show’s built-in winkiness. But when those two elements line up, there’s a go-for-broke playfulness fueling “Daybreak” that makes sure that the momentum rarely slows, even when our roving band of heroes is pausing to regroup for their next mission. “Daybreak” may telegraph a few of its biggest surprises, but the path getting to those revelations includes some wild left-field swings that its cast pulls off with glee.

Between the camera moves that help orient the viewer to this new Glendale geography; a versatile production design that represents a group of high schoolers working with the remnants of their old life to stay sharp in a new era; a fragmented timeline that hops between chapters with the accuracy and attention span of caffeine-fueled memories – they all work toward underlining the same, eventual message: these kids are desperately trying to grasp to some idea of the past while realizing that it probably wasn’t worth trying to hold on to anyway. Sounds like a perfect encapsulation of getting older in 2019. Turns out, it makes for a wild ride of a TV show, too.

“Daybreak” is now available to stream on Netflix.