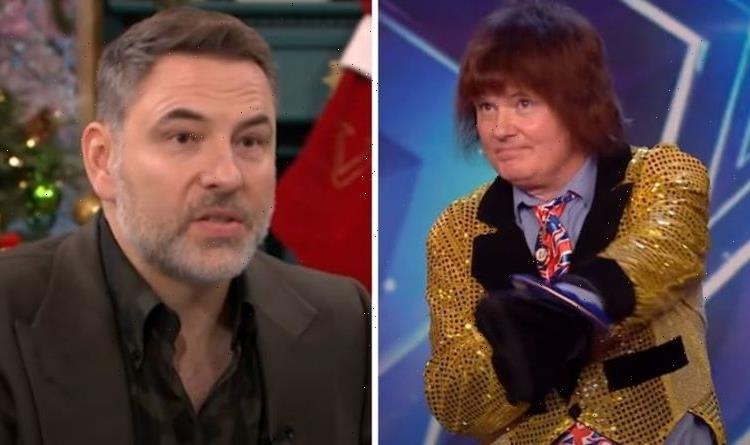 Britain’s Got Talent star David Walliams spoke on Tuesday’s This Morning to pay tribute to David Watson, who has died at the age of 62. After auditioning a record-breaking 12 times, Watson became a firm favourite of the popular ITV series. Walliams described him as part of the “lifeblood” of the show

Appearing on ITV’s This Morning, comedian and author David explained to viewers that the well-known face had died.

“Today we actually lost a guy called David, do you know David J Watson, he was the man who was a contestant,” he explained.

“He came back every year – year in, year out and he auditioned for the show about 10 times.

Watson performed a variety of acts on the show, from magic tricks to impersonations, each year hoping to impress the judges enough to get through to the next round.

He first appeared in the show in 2008 as an impressionist, but it took him years to receive enough “yes’s” from the judges to move forward.

The 2020 series of the show saw David getting through to the next round after Alesha Dixon and Walliams saw an improvement in his act.

According to The Sun, the recognisable contestant passed away in Altrincham, Manchester, last week.

It’s been reported that concerns were raised by his family after he failed to respond to calls.

The former NHS worker was a well-known character in his local area and is reported to have been a close friend of Coronation Street star Michael Le Vell.

Watson initially performed in 2008 and once again two years later in 2010.

Since 2013, he auditioned annually.

He once stated: “My first ever audition was back in 2007, but I never got through.

“A lot of people think the first time you get on TV is your first audition, but you’ve got to pass another audition before you even get to perform for the judges.”

Speaking to the Manchester Evening News, he continued: “I just love being on the show.

“To be on TV is very good because I get recognised in the Trafford Centre and people ask me for a selfie – I feel pretty honoured about it.

“Ant and Dec are always pleased to have me back and I used to get on very well with Stephen Mulhern before they stopped doing Britain’s Got More Talent.”

After hearing of Watson’s death, Holden shared a tribute on her Instagram Story, posting a picture of him on the BGT stage.

She wrote: “So sad to hear that @davidjwatsonbgt has passed away.

“He was always up for a laugh and such a good sport on @bgt. We will miss him.”