DAVID Beckham has a pint with Chelsea Pensioner Ted Heath after delivering on a vow to serve up pie, mash and jellied eels.

East London-born Becks, 46, was at the Royal Hospital Chelsea with the Cockney grub after praising his pal Tony’s shop in Waltham Abbey, Essex, last year. 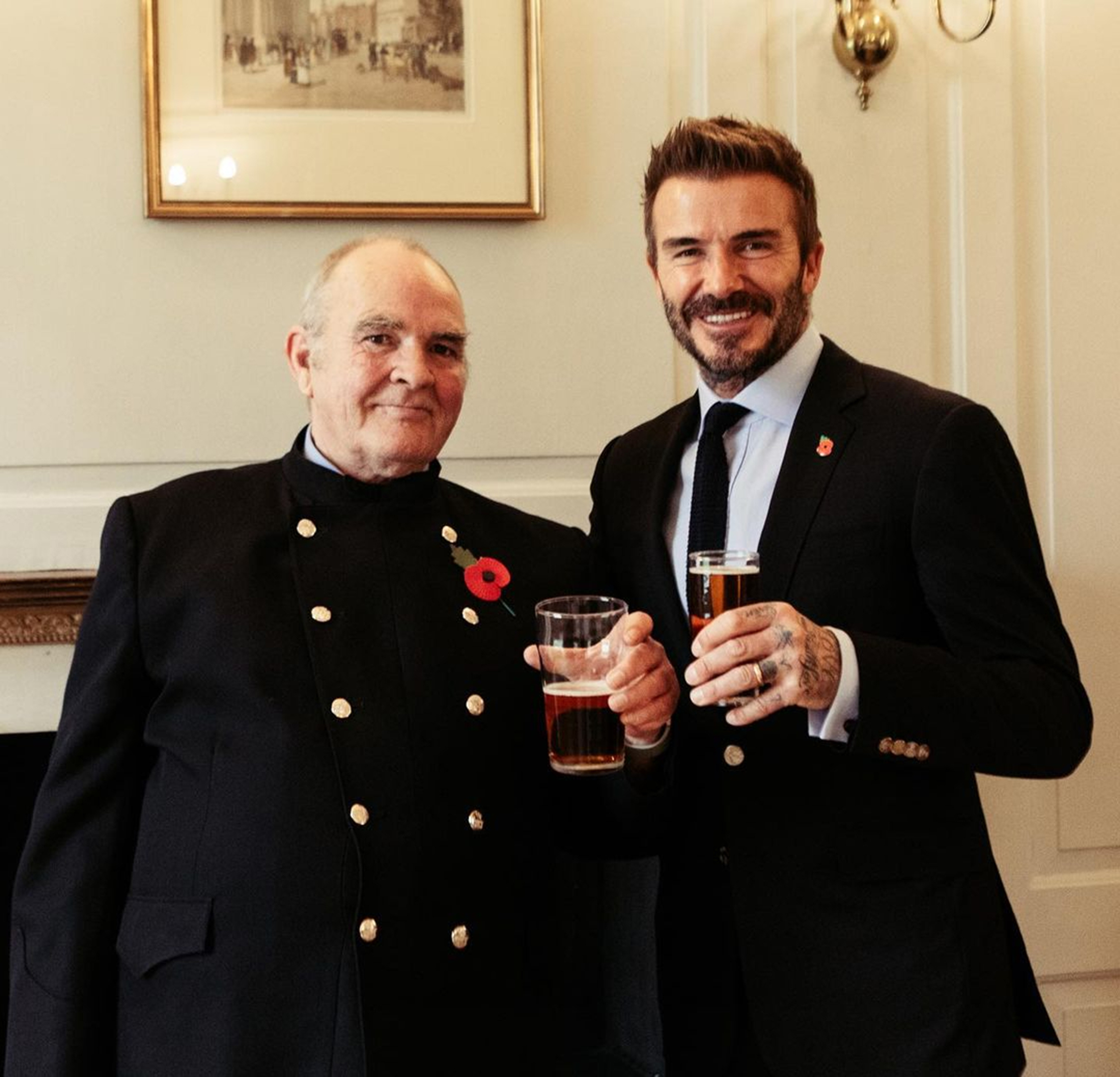 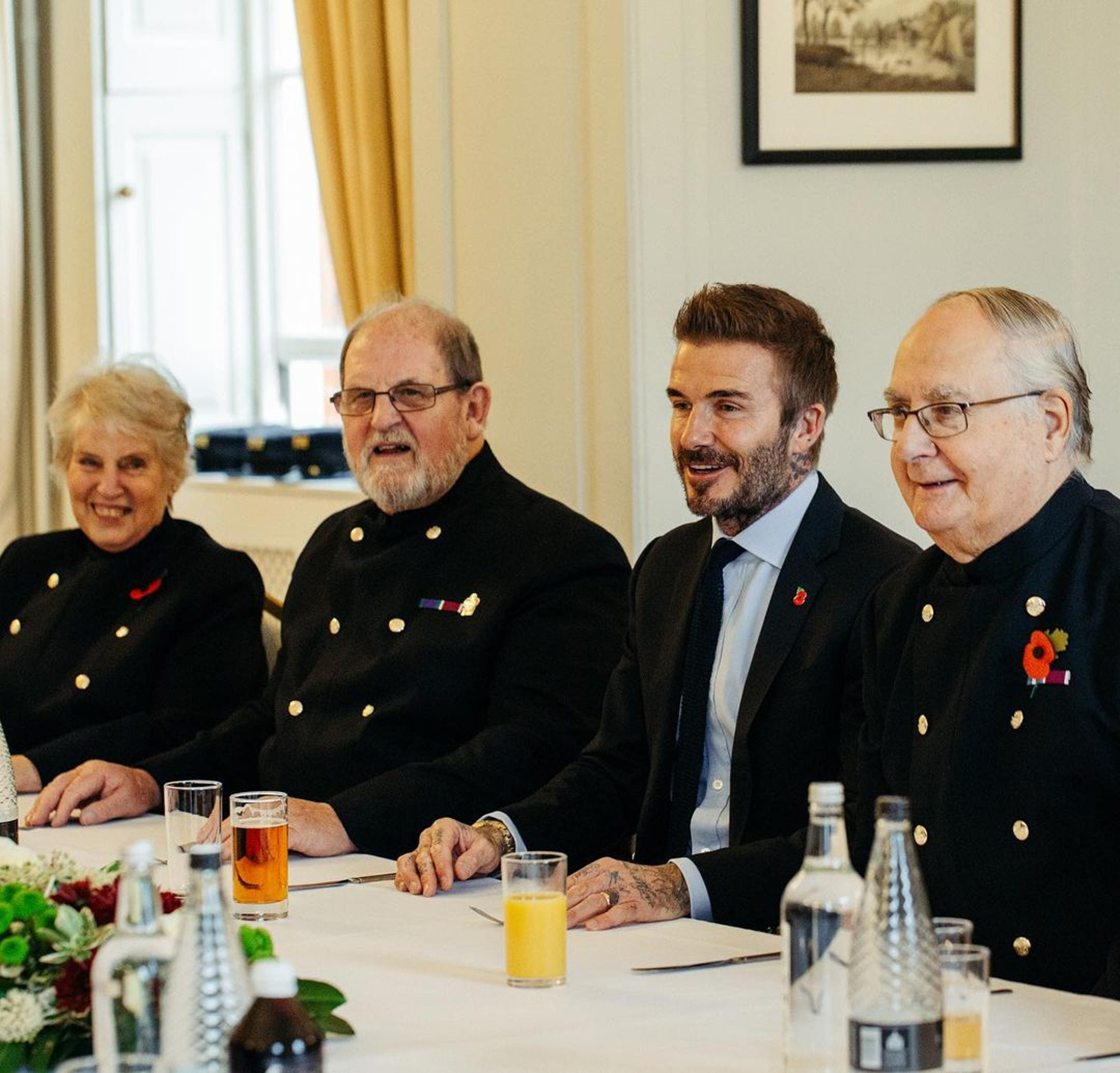 The footballer has long supported the Chelsea Pensioners.

Becks, who earlier this year took poppies to Chelsea Pensioners shielding during the pandemic, said: “It’s incredible that The Sun’s Poppy Appeal helped to raise so much money for the Royal British Legion.

“I’m so pleased that even in the toughest of times, people supported the legion.

“It’s great to get some good news and I was happy to have been a part of it.” 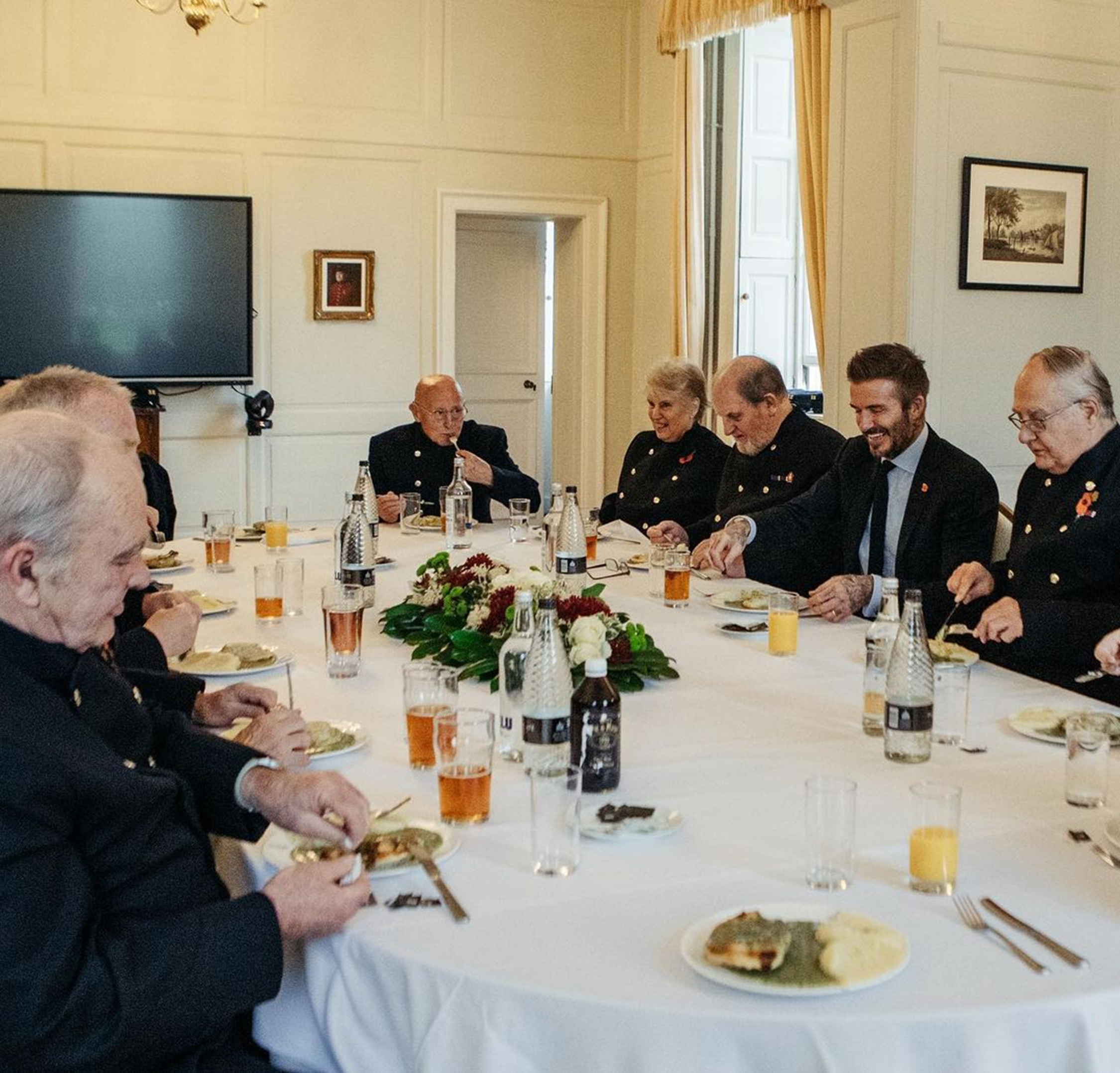