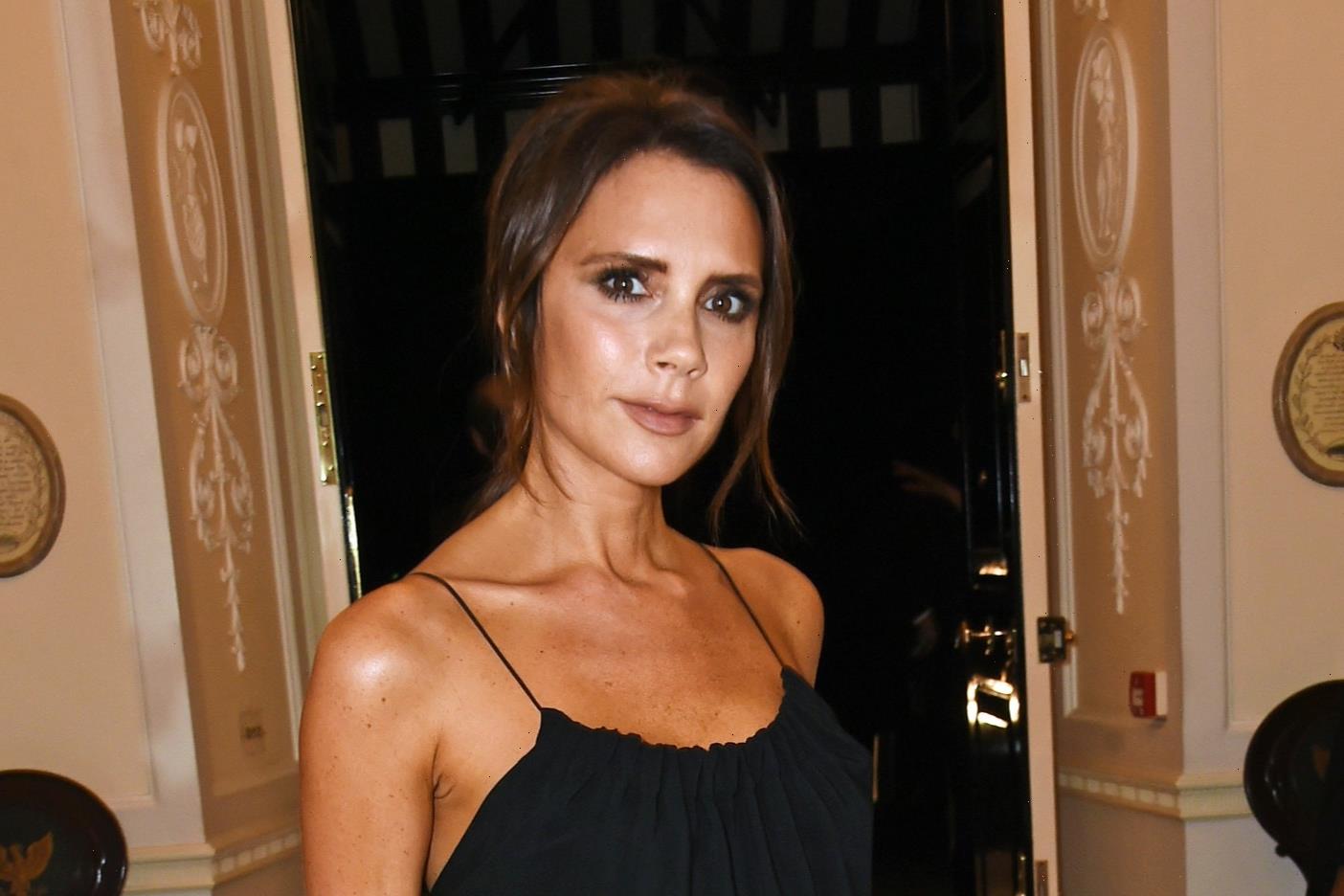 The ex-England and Manchester United ace demanded the Spice Girl "come home happier" and even branded her an "a***hole". 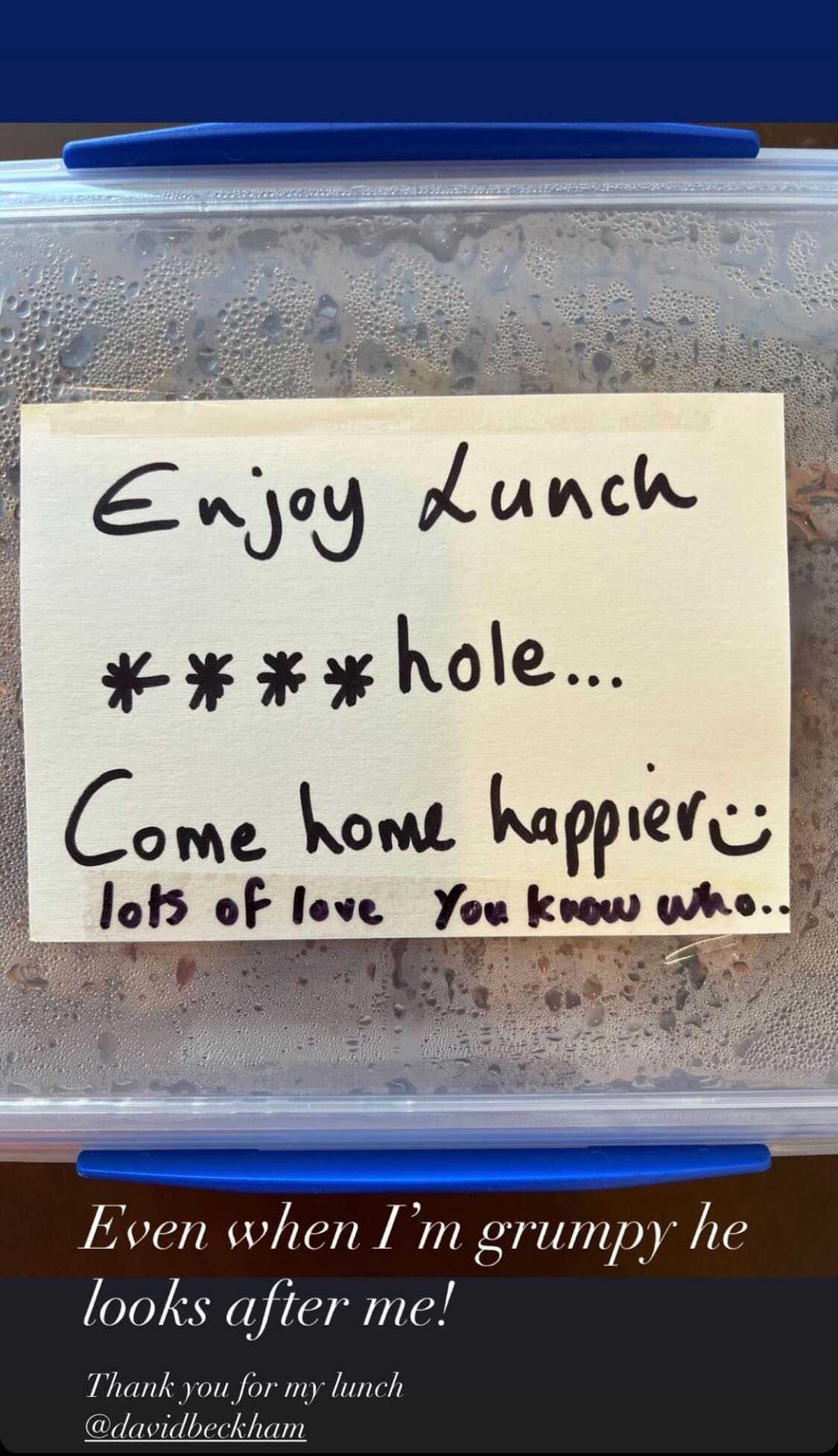 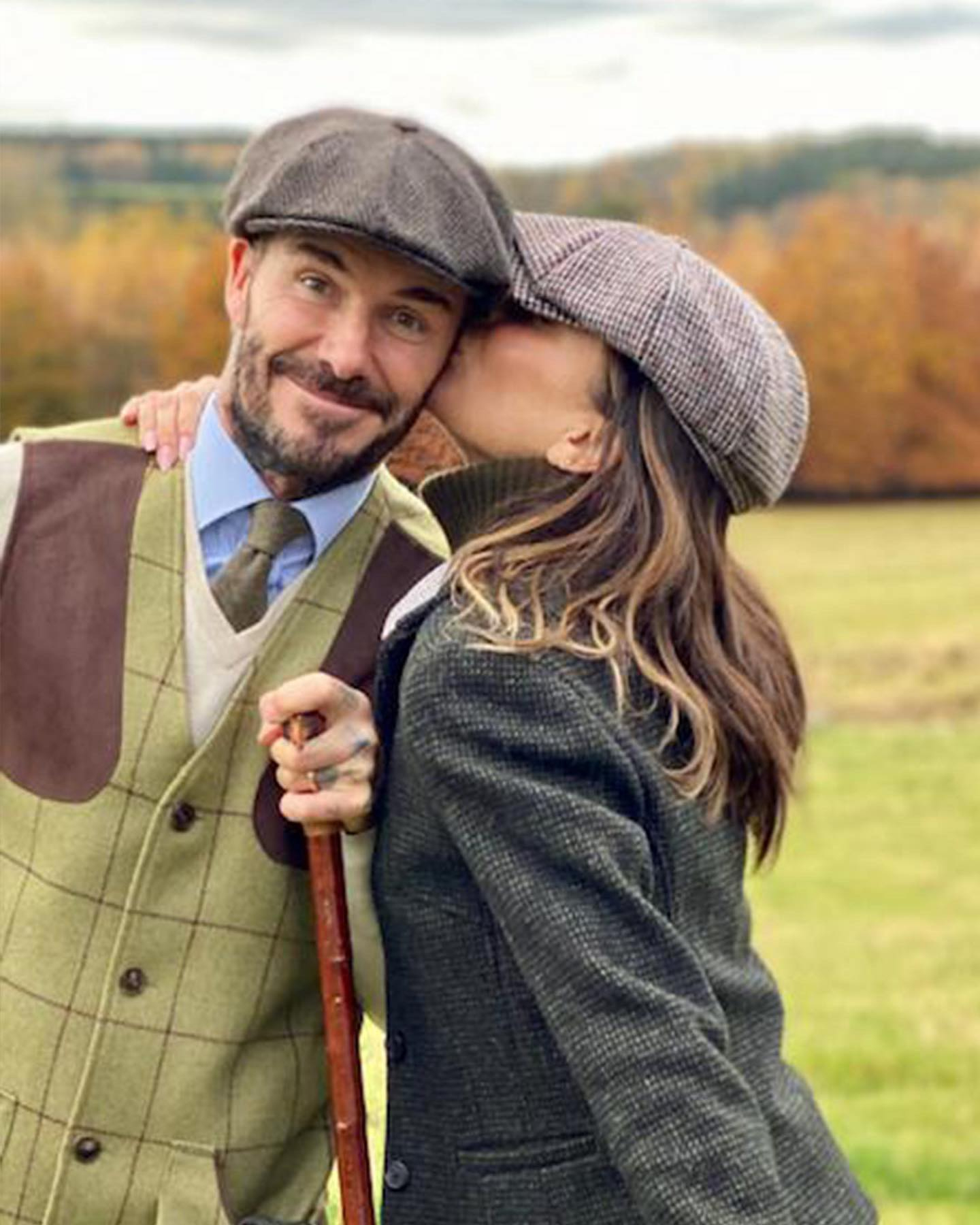 Victoria, 47, shared a photo of the surprise handwritten message that she found stuck to the lid of her tupperware box.

"Come home happier 🙂 lots of love you know who…"

The mum-of-four showed her appreciation for the food – and gentle jibe – writing over her photo on Instagram: "Even when I'm grumpy he looks after me!

"Thank you for my lunch @davidbeckham"

Victoria recently admitted 2021 "definitely wasn't the easiest" as she looked forward to a great 2022.

And the couple kicked off the year in style, going for a first cruise on their new mega-boat with family, including Victoria's parents, Anthony and Jackie Adams, who were seen sitting between the Beckhams in The Sun's exclusive snaps.

The vessel is named Seven — matching his shirt number for the Red Devils and as his country’s skipper, plus the middle name of ten-year-old daughter Harper.

The father of four, 46, splashed out on the 93.5ft yacht following a visit to the Ferretti shipyard in Forli.

It was presented to proud Becks near its mooring, close to the star’s £19million penthouse in Miami.

In one picture, Victoria showed off her tiny frame and peach bum as she looked out onto the sea from their yacht.

She looked incredible in some black Reebok shorts and a matching sports bra. 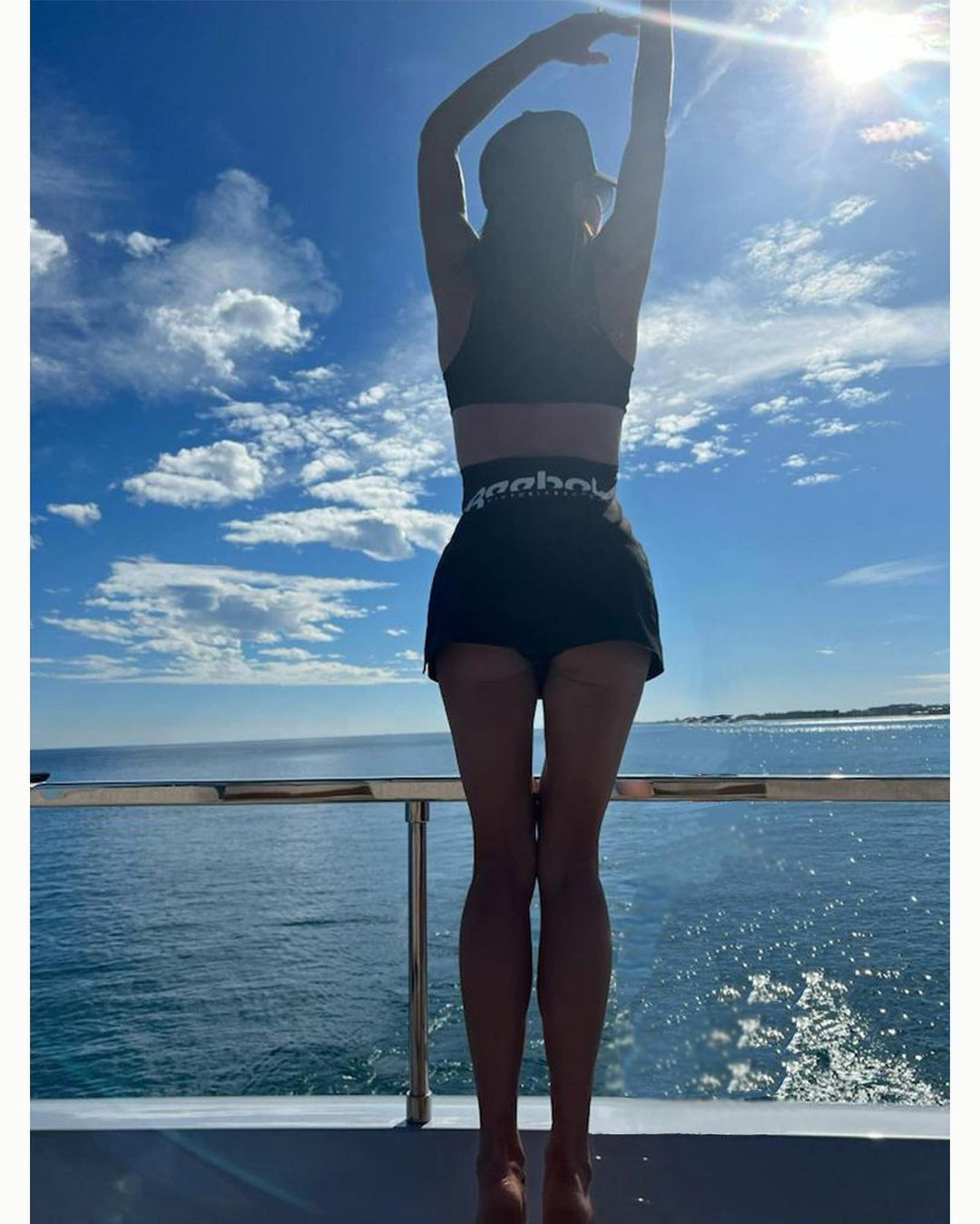 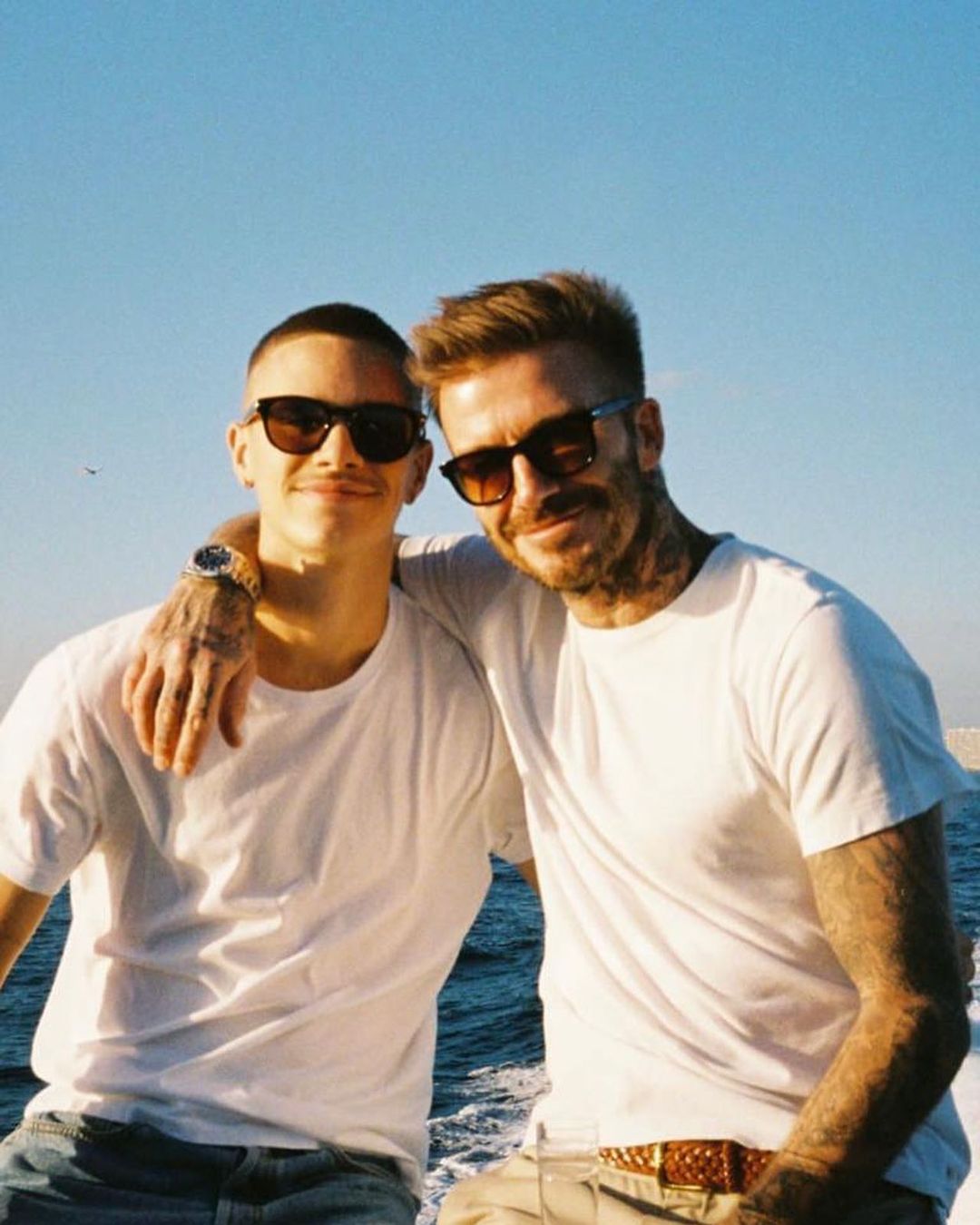