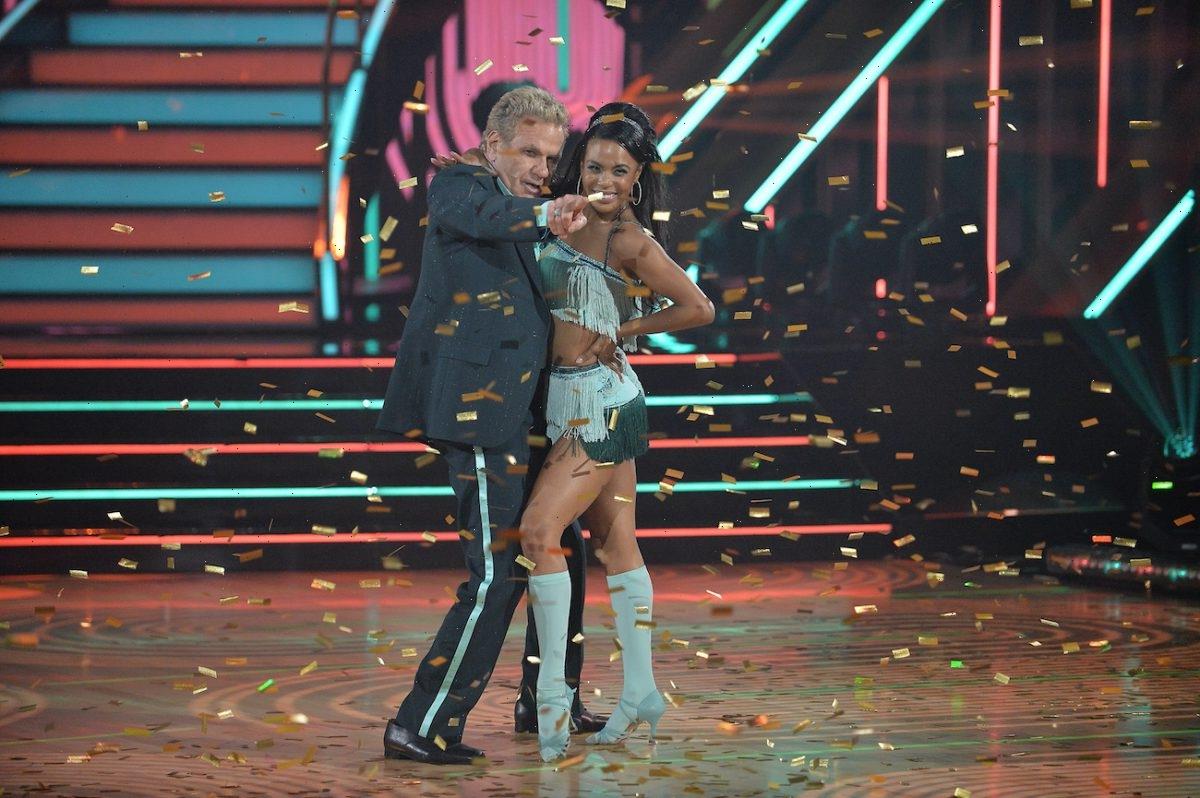 Almost every week, another celebrity gets eliminated from Dancing with the Stars. The next day, they appear on Good Morning America with their pro dance partners, then we don’t see them again until the season finale. The celebrities go back to their lives in show business, but what happens to the professional dancers from the cast of DWTS? Showbiz Cheat Sheet spoke with Britt Stewart over the phone to get the scoop on how a pro’s role changes once their celebrity partners get voted off.

Stewart got her start on Dancing with the Stars performing in the troupe in season 23. The company consisted of professional dancers performing on the show who were not paired with celebrity partners.

Six seasons later, Stewart got promoted as a pro partner on the show. Stewart’s first performance as a pro on Dancing with the Stars was season 29. Stewart and her partner Johnny Weir made it to the competition’s semi-finals, but The Bachelorette star Kaitlyn Bristowe and her partner Artem Chigvintsev won.

In season 30, Stewart was partnered with actor Martin Kove, best known for playing John Kreese in The Karate Kid franchise. The duo performed a Paso Doble to “You’re the Best” in the Dancing with the Stars Season 30 premiere. But after their week two cha-cha to “Twist & Shout,” Stewart and Kove were eliminated.

In many cases, when the judges eliminate a pro’s celebrity partner, fans would spot them in the troupe performances. But Dancing with the Stars did away with the troupe dancers in season 28.

We learned during our call with Britt that the pros become cheerleaders once their partners get sent home. “We’re still there every Monday to support our fellow pros and the couples still competing in the competition,” Stewart explained. “We go into fan mode. I love supporting my peers.” As Stewart explained, the Dancing with the Stars cast is one “huge family.”

From The Backstreet Boy’s Nick Carter to Pit Bull and beyond, Dancing with the Stars has often featured live musical performances, especially during the grand finale episode. But last season, the coronavirus (COVID-19) pandemic greatly impacted the Dancing with the Stars competition. Unlike past seasons, the show did not include a live audience or live performances as it has in the past. This was to keep the cast, crew, and fans safe.

In speaking to Stewart, Showbiz learned season 30 would be different. “There will be some performances,” she teased. “Last year we really cut back and there was no outside performances outside of the couples competing because of COVID. [But] this year, there will be a few performances, so you might see me dancing coming up pretty soon.”

DWTS fans are eager to see more from the celebrities remaining in season 30. Watch Dancing with the Stars Mondays at 8 PM EST on ABC.