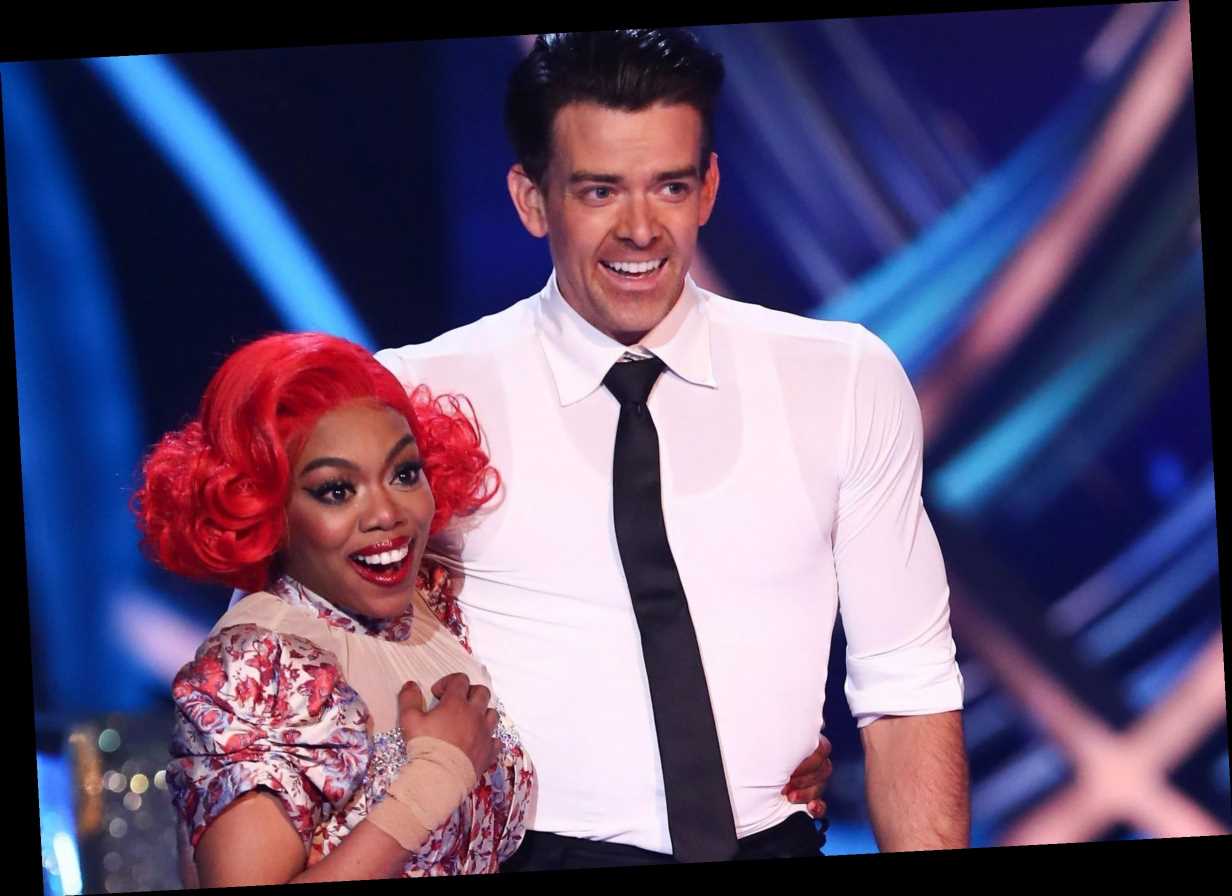 DANCING On Ice fans are convinced they know who will take the trophy this series as Lady Leshurr nailed a jaw-dropping routine. 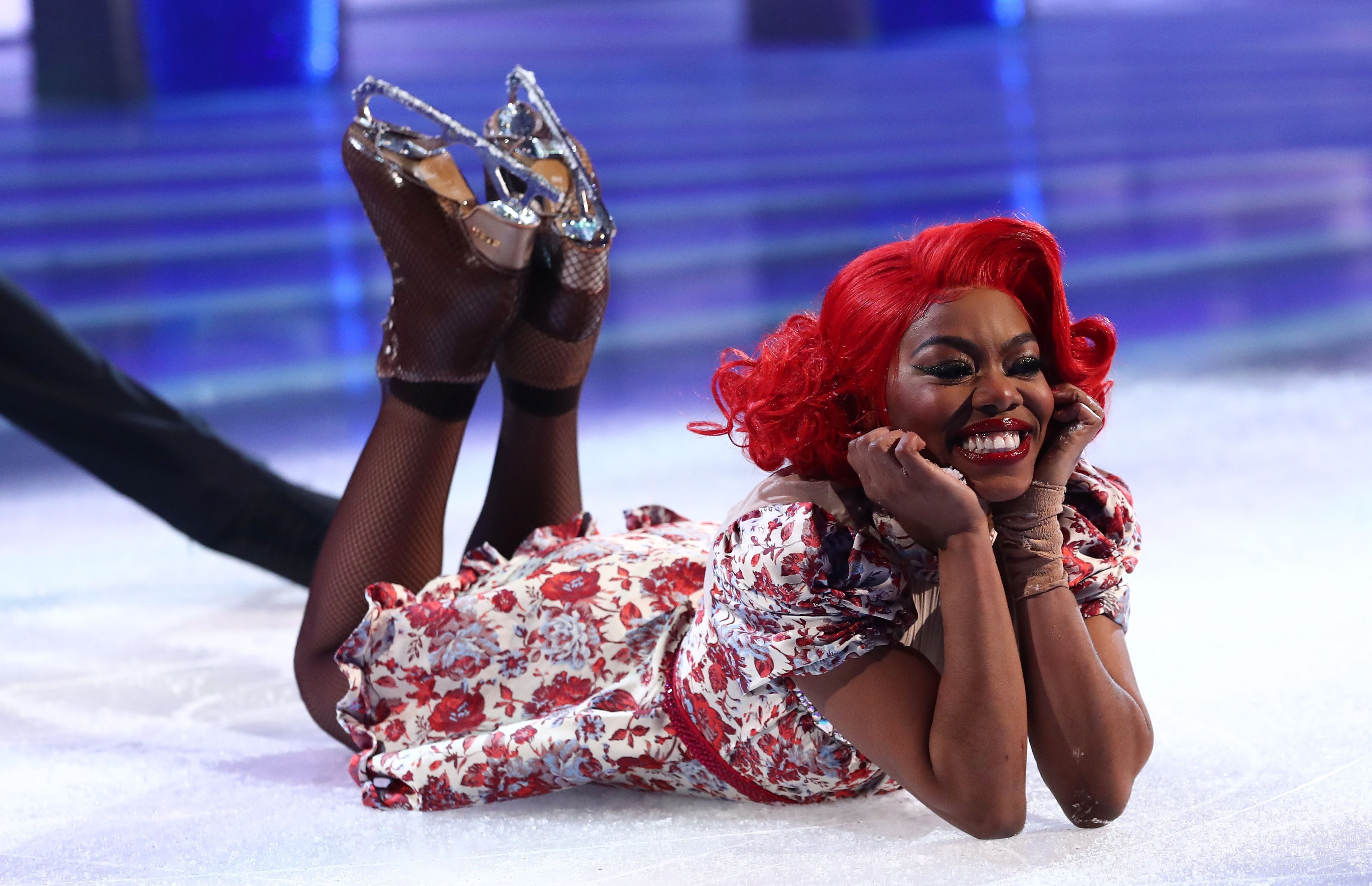 Rapper Lady Leshurr – who landed herself in the dance-off in the second week of competition – was awarded the highest score of the series so far.

Racking up an impressive 32.5, she found herself in joint first place with fellow stars Joe-Warren Plant and Faye Brookes.

Lifts included Lady Leshurr being swung in circles by her partner as he held her by the ankles, wowing the virtual crowd. 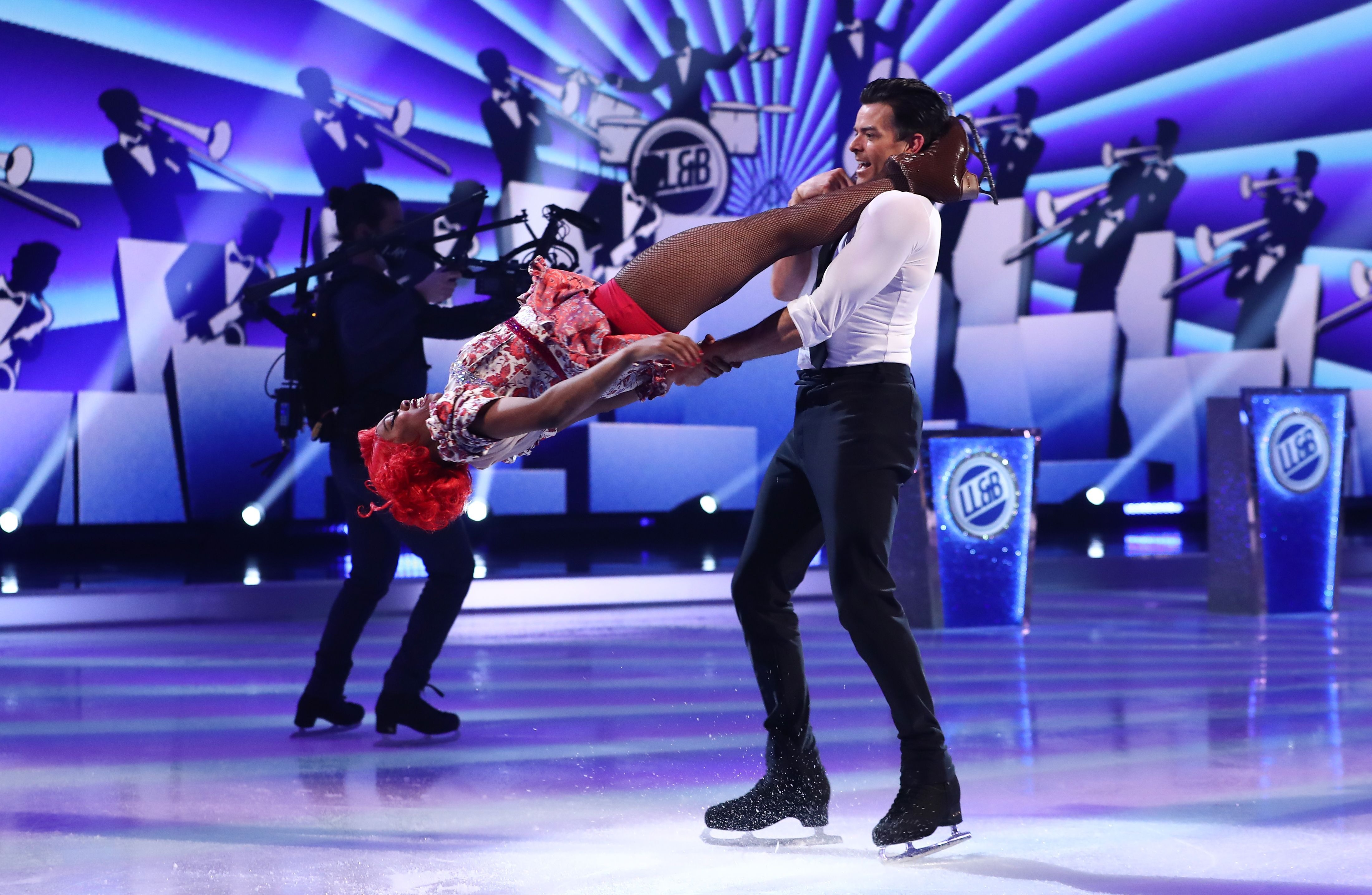 Her perfect performance also saw her suspended by her under-arms as she swung her legs in the air, while Brendyn skated backwards behind her.

Lady Leshurr was left lost for words after the judges huge scores – but she wasn't alone, with audiences at home totally stunned by her performance.

"Lady Leshurr for the win," simply wrote one fan before gushing in the comments: "Yes Lady Leshurr! I'm so happy for her."

Another tweeted: "Lady Leshurr is brilliant. When she's on it she absolutely nails it. Potential winner for me." 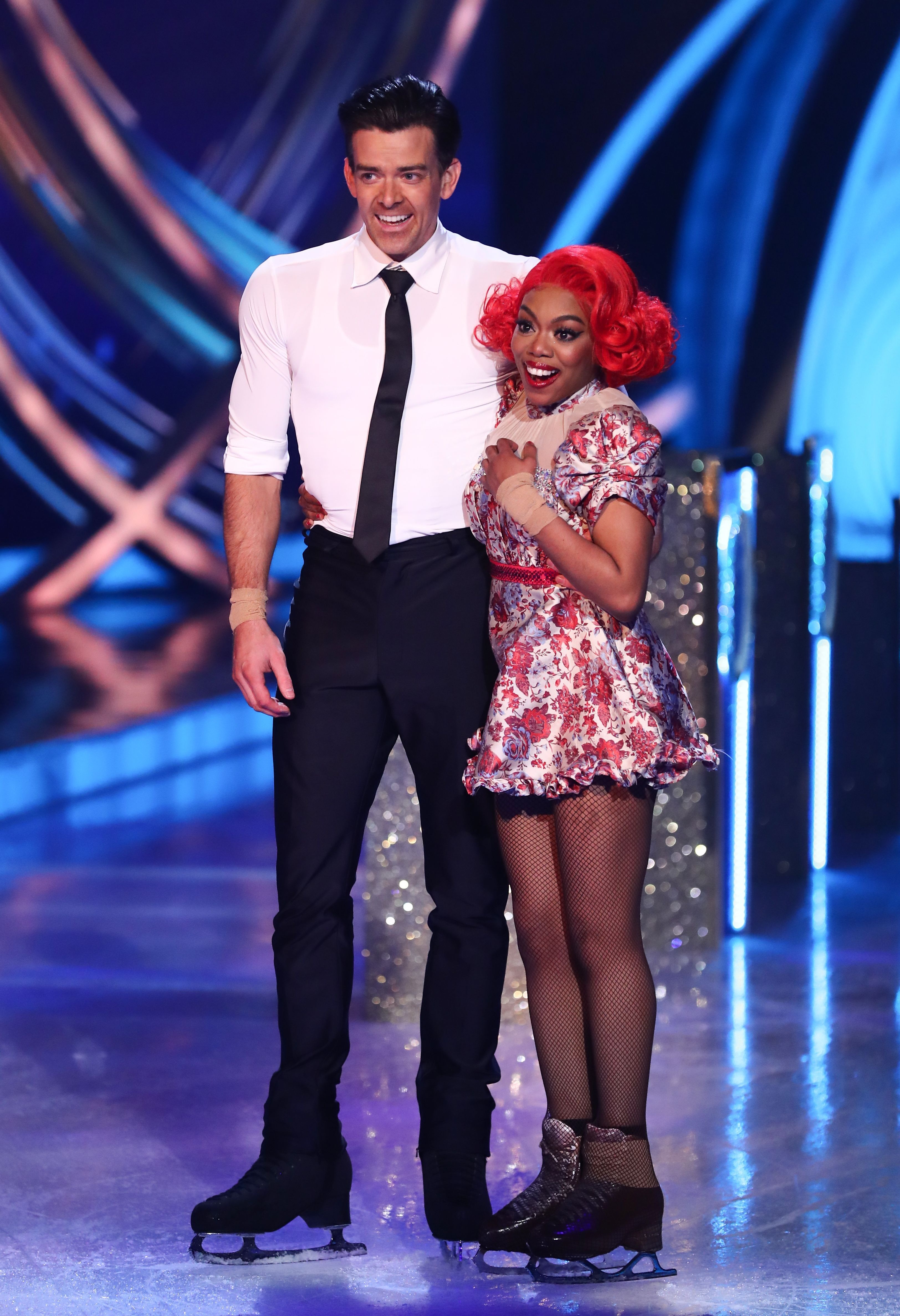 "Why do I keep crying when Lady Leshurr skates?" asked another viewer, before admitting: "I am so proud."

A fourth concurred: "Lady Leshurr is just brilliant. Finally getting the good scores she deserves. She could win this."

Others suggested that while Lady Leshurr stood out as a favourite, Faye and professional skater beau Joe Davies also nailing their routine.

It comes just a matter of weeks after Lady Leshurr found herself in the bottom two and facing the skate off. 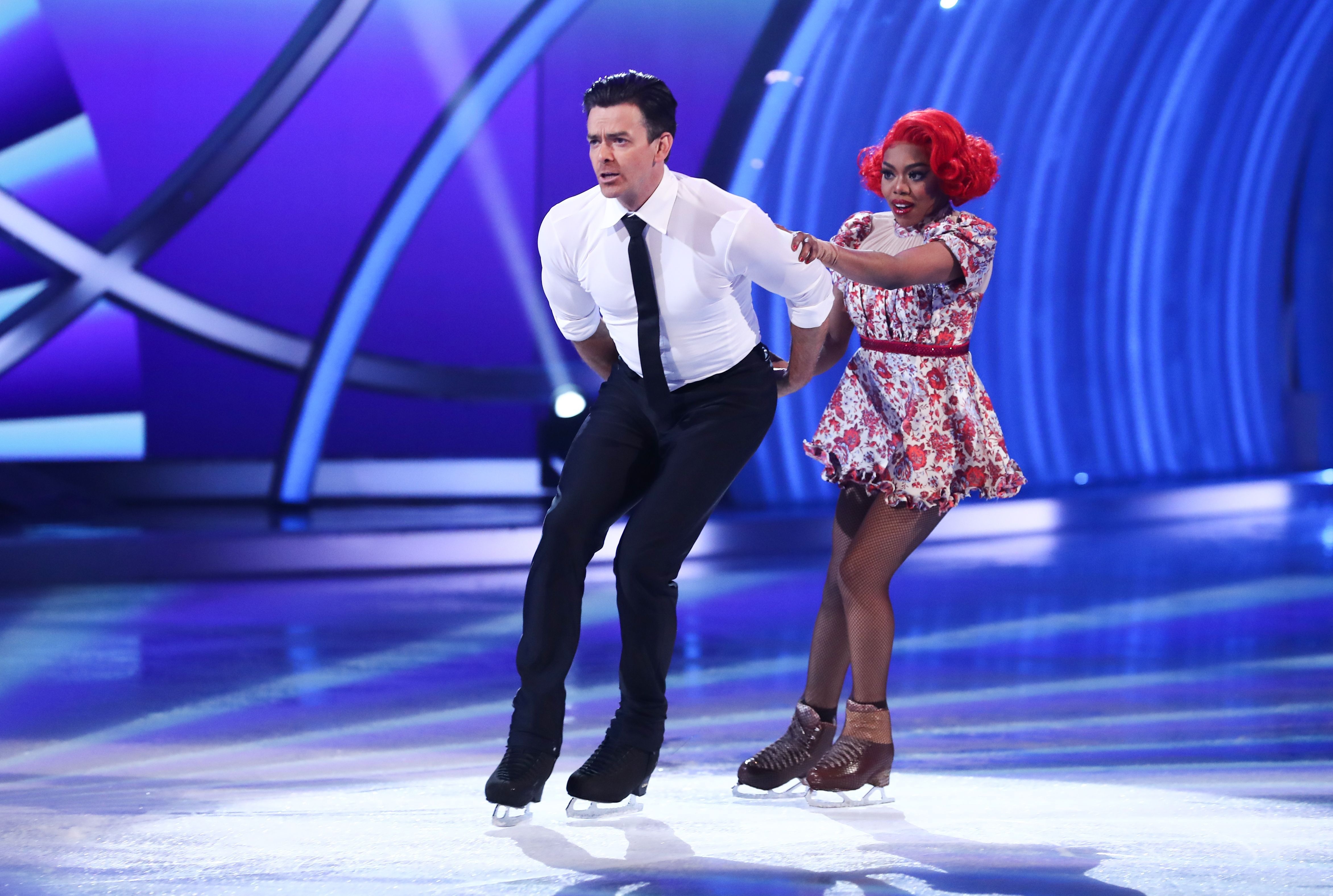 Fans were shocked that she had landed in the bottom two after pulling off an impressive dance and flawless routine.

It turned out Twitter fans were in complete agreement, arguing the Birmingham born star gave an impressive performance.

One Twitter user wrote: "I’m not having it!!! @LadyLeshurr you have been robbed! You best not go next week. you were actually amazing!"

Another added: "Fuming!!! Lady Leshurr was by far the best skater tonight."

Last night saw comedian Matt Richardson voted out after stepping in for Rufus Hound, who is isolating after a positive coronavirus test.

Billie Faiers was also absent following a week of grieving the death of her Nanny Wendy, sustaining a concussion on her return to the ice.

Dancing On Ice returns next Sunday at 6pm on ITV.