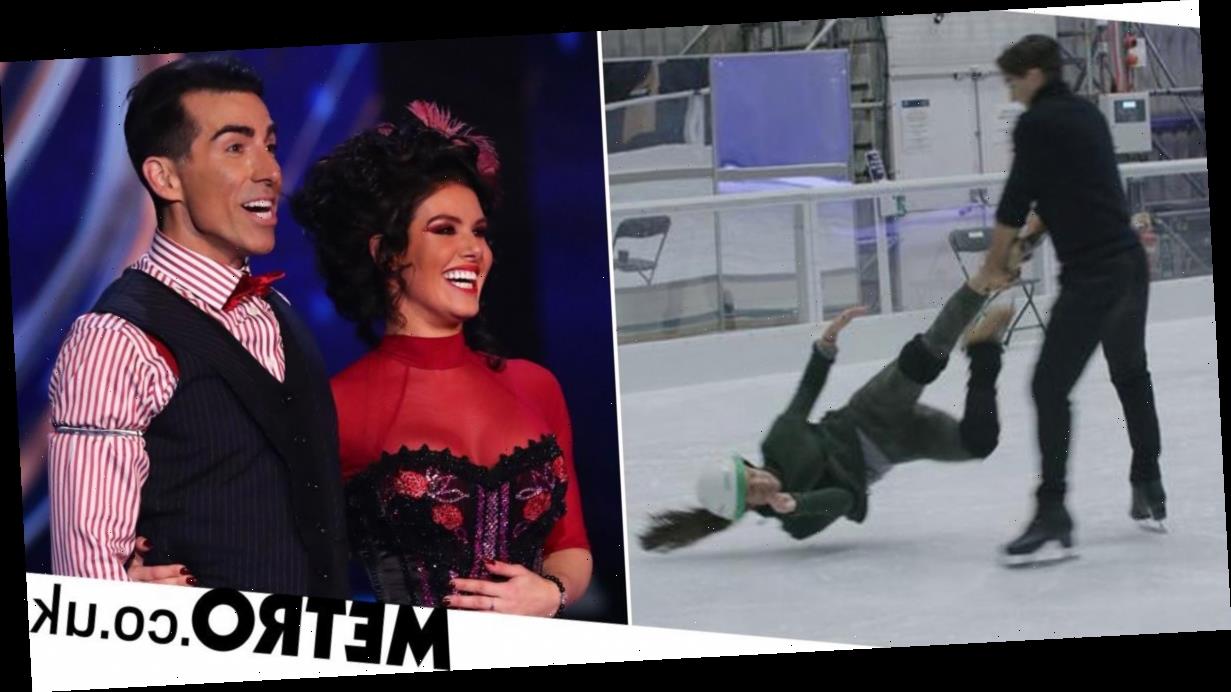 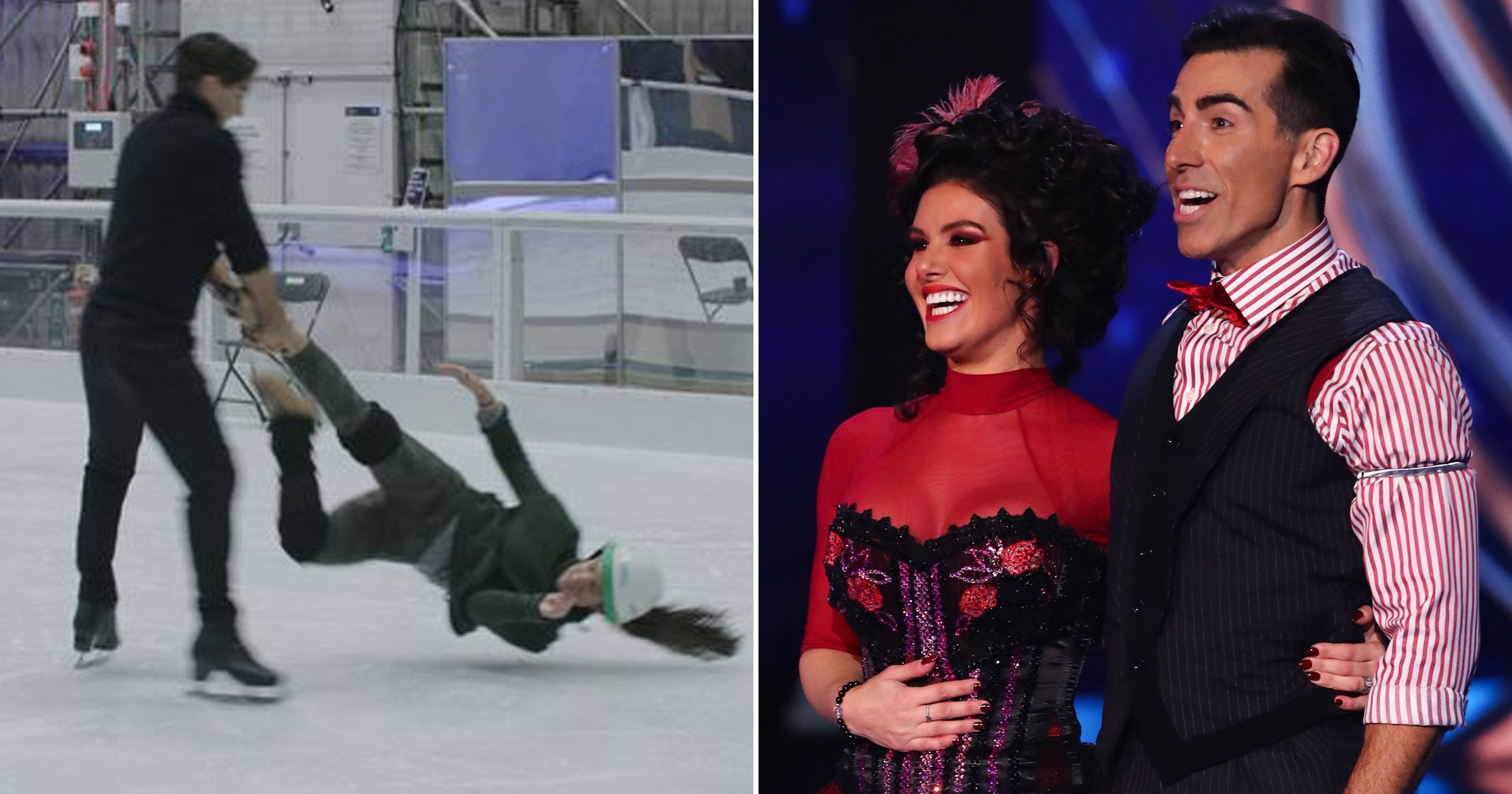 Rebekah Vardy is preparing to do the headbanger on Dancing On Ice – and is, quite rightly, absolutely petrified ahead of her performance.

In a series already dogged with drop outs, accidents and last-minute exits, Rebekah is proving to be quite the stunt woman by giving the move a go.

The infamous headbanger will see Rebekah swung around in circles by her ankles by her pro skater, with her head getting dangerously close to the ice.

Unsurprisingly, the move got its name by how often skaters bang their head while doing it.

Speaking to The Sun On Sunday about attempting the stunt, Rebekah said: ‘It’s petrifying, but I’m an adrenaline junkie and I trust Andy completely.

‘I know he would never let ­anything bad happen to me. It’s given me a vote of confidence to be able to do those things.

‘I have to practise with a helmet, everything we’re doing on the show is dangerous…’

Rehearsal footage shows Rebekah strapped into her helmet, nailing the move with Andy in the run up to tonight’s performance.

This week alone, two more contestants have had to pull out of tonight’s performance, with Jason Donovan suffering back pain and being given a bye until next week.

Emmerdale’s Joe-Warren Plant and Vanessa Bauer have had to quit completely after testing positive for coronavirus.

‘The amount of contestant injuries is a harsh reminder of how ­dangerous the show is,’ Rebekah said.

‘You have to stay focused and ­listen to the instructions properly.’

Earlier in the series, Rebekah and Andy had their own injuries to deal with – after Andy was sent to hospital needing stitches when the WAG accidentally sliced open his cheek doing a flip.

Thankfully it was only a minor injury, and they have continued to perform without issue.

Four contestants have had to pull out of the show this year – with Billie Faiers getting a concussion last week and was told to stop on doctor’s orders.

After already being given a bye week following the death of her grandmother, she had to withdraw as per the show’s rules.

Rufus Hound has also had to exit after testing positive for coronavirus, and Denise Van Outen was told she couldn’t continue after dislocating her shoulder in practice.

It’s the first year in the show’s history that both stand-by contestants were called in, with Matt Richardson performing and being swiftly eliminated last week.

Amy Tinkler, who replaced Denise, remains in the competition.

Dancing On Ice continues tonight at 6pm on ITV.