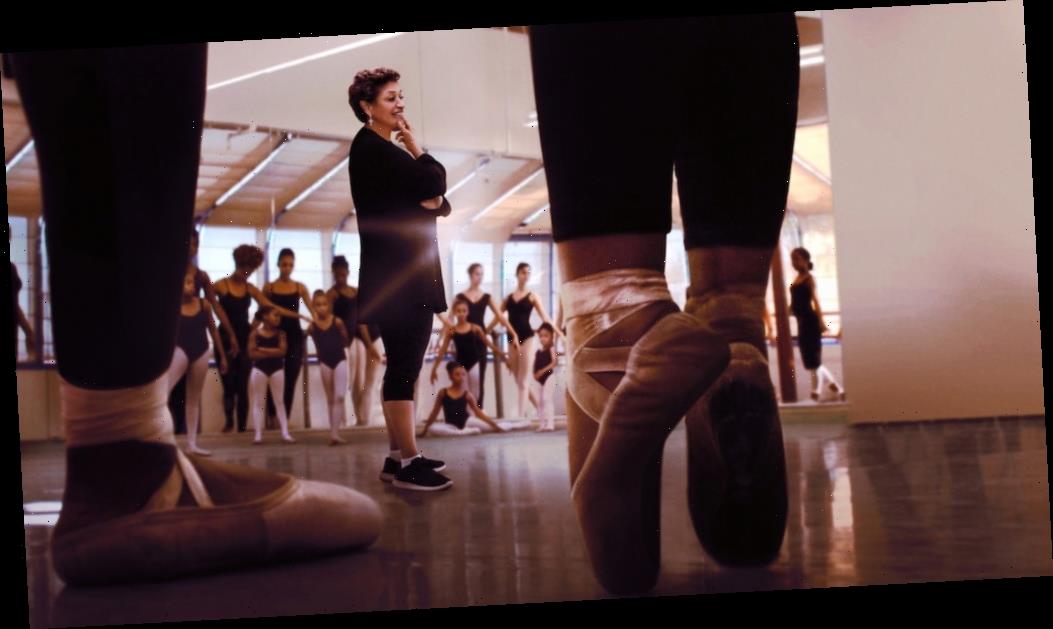 From Shondaland, “Dance Dreams: Hot Chocolate Nutcracker” spotlights the career of award-winning entertainer Debbie Allen and follows her group of ingénues as they prepare for Allen’s annual ballet showcase, which is produced via her Los Angeles-based Debbie Allen Dance Academy (DADA). Directed by Oliver Bolkenberg, the documentary, which is now streaming on Netflix, follows Allen, her staff, students, and extended family as they prepare for what has become a beloved local tradition that stars more than 200 children and a few professional actors, including Allen herself.

The Houston-born dance icon and her husband Norm Nixon have operated the non-profit DADA for 20 years. It offers a comprehensive dance curriculum to mostly youth of color, regardless of financial status. While in attendance, the students learn from a slew of teachers who are tops in their respective fields, like former Houston Ballet principal dancer Lauren Anderson and tap superstar Savion Glover.

The “Hot Chocolate Nutcracker” is the academy’s holiday extravaganza and biggest fundraiser — a modern, culturally-inclusive take on “The Nutcracker” written and directed by Allen. “When you think about the New York City Ballet, and where it started, George Balanchine — who co-founded it — created a production of ‘The Nutcracker’ in 1954, as a means to support and fund the company,” Allen said. “It had already been done in Russia, but it was his production of it that made it hugely popular in America. But when you look at it historically, there were not many Black people in it.”

Tchaikovsky’s score for the original 1892 “Nutcracker” is one of his most famous compositions. With “Hot Chocolate Nutcracker,” Allen decided to give it her own fresh, multicultural spin, incorporating tap, jazz and hip-hop, and Latin American music.

She isn’t the first to revamp the original work; the popularity of “The Nutcracker” has led to adaptations that reflect geography and specific traditions. “There was ‘The Harlem Nutcracker,’ Duke Ellington’s ‘The Chocolate Nutcracker,’ I had worked on a ‘Nutcracker’ that was totally Afrocentric, and I just felt like it was time I needed put my own spice into it,” she said. “It’s wonderful for audiences to see the Fairy Queen as a beautiful Black ballerina that flies onto the stage, which is something that young people will never forget. Especially young people who have never seen themselves in this particular world.”

Allen is very well aware that this version of the ballet classic would not have been possible when she was growing up. She never saw a live production of “The Nutcracker” as a child because she wasn’t allowed inside theaters in what was still a very segregated Houston. In the 1960s, as a pre-teen, the Houston Ballet Foundation’s academy rejected her, but eventually gave her a scholarship some years later when it needed to diversify as required by a Ford Foundation grant.

“The ballet world has always been very specific, elitist, and not very inclusive,” said Allen, who decided to open DADA in 2001 after her 13-year-old daughter, dancer and actress Vivian Nixon, told her that she didn’t feel embraced and supported while at The Kirov Academy of Ballet in Washington, D.C.

“There are mountains to leap over for Black kids,” she said. “We are built differently, and in the ballet world, you are wanted to be very skinny and fair, as in white. Misty Copeland and Lauren Anderson broke that mold. Desmond Richardson, amazing, but what role did they give him to play? Othello. Why couldn’t he be the prince in ‘Swan Lake’? Why couldn’t he be Romeo? So we still have a ways to go.”

Allen said she wrote the original script for “Hot Chocolate Nutcracker” in about three weeks, and then sought the expertise of some of her favorite “world class” composers, dancers, choreographers, production and costume designers, including Arturo Sandoval, James Ingram, Wally Minko, Timm Burrow, Karen McDonald, Evan Williams, Kevin Harris, Chantel Heath, and her son, Norman Nixon Jr., who she fondly refers to as “Thump.”

But she was very involved in all aspects of the creative process in bringing the show to life. “I always participated to some degree, and I staged quite a bit throughout,” she said. “It’s just been an incredible collaboration with all the people that participate annually. And it’s wonderful to see these young kids in the room holding their own with these serious professionals.”

The process is quite rigorous, especially for such young, doe-eyed students who range from four and five-year-old preschoolers to teenagers. In “Fame,” the hit 1980s TV series, a 30-something Allen in her breakout role as dance teacher Lydia Grant, tells her students, “You’ve got big dreams? You want fame? Well, fame costs. And right here is where you start paying, in sweat.”

At 70 years old, with real world stakes, Allen demands a similar kind of dedication from her students. “Dealing with kids, I’m tough on them because I’m trying to get them ready for what’s out there,” she said. “A world that is not going to just love them or let them get away with things. They have to measure up. So I have high standards and that’s why the production is very professional.”

Due to the COVID-19 pandemic, DADA had to temporarily close its doors, and, in March, Allen started giving dance classes via her Instagram page, enlisting other professionals like tap dance performer and choreographer Jason Samuels Smith. DADA has just now started to very cautiously opening classes to just a few students at a time. “Where there used to be 40 students at a time, now there might be six or eight,” Allen said.

For “Dance Dreams,” director Bolkenberg began filming in 2016. He and producer Shonda Rhimes are both parents of DADA students. And, against the backdrop of a global pandemic, as the academy’s key fundraiser, the documentary turned out to be exactly what the school needed in 2020, because it couldn’t stage its live shows. Allen is trying to raise $7 million to build out new facilities.

“We’ve borrowed money, we have raised money, but we are going to make it happen because this is the legacy for these young people and for our community,” Allen said. “We deserve a proper place, an oasis of art in our community. And that’s what DADA is going to be. It’s going to be called the The Rhimes Center of the Performing Arts, that houses the Debbie Allen Dance Academy.”

As audiences are quarantined, a streaming recording of the full “Hot Chocolate Nutcracker” show would likely be desired in this particular moment. But none exists at moment, except for clips here and there.

But in order to reach a wider audience, Allen does think a film adaptation of the show is possible. “I think this documentary is going to open up a whole new world of what could happen,” she said. “I would love to make a film based on it. It would make a glorious movie. But we have to get some money and do it right.” 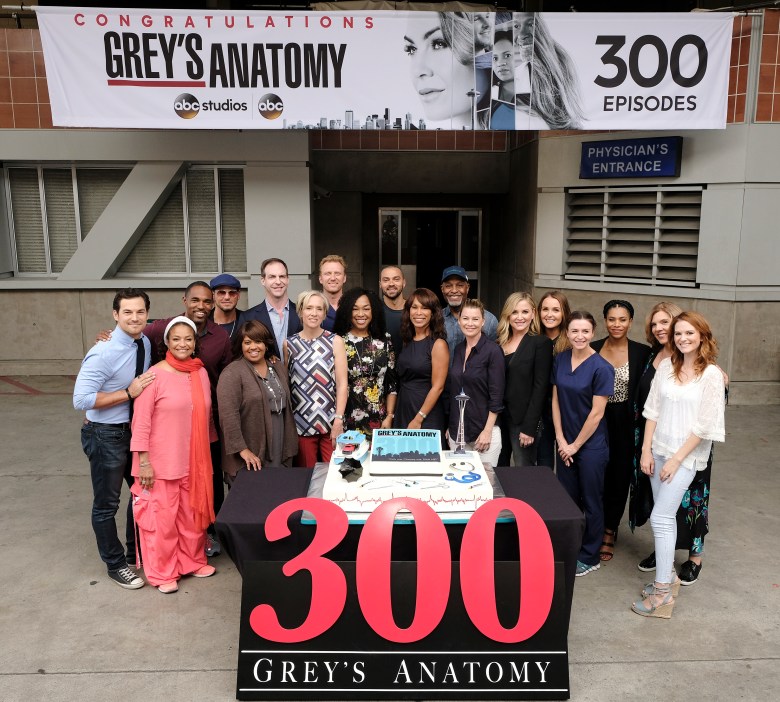 In the meantime, Allen is back at work on “Grey’s Anatomy,” which she co-stars in, as well as directs. “We’re 10 weeks in and still going strong, so we feel confident that we’ll get through the end of this season,” she said. “I’m tested three times a week. Everyone wears a mask, and a face shield most of the time. We have medical experts on set. Everyone is being very responsible.”

And as Allen sees it, with the pandemic shoving live performances into the virtual world for much of this year, “Dance Dreams” underscores one of the reasons dance can’t be allowed to slip away: The classes and rehearsals that lead up to the show are about much more than learning new steps. “I have received thousands of letters over the years, from the young people who have come to the production, and been inspired by this holiday classic that we have reimagined, because I present career options for them,” she said. “We’ve been asked to travel with it. But it’s a huge production. I think ‘Dance Dreams’ itself is really all about those kids; these young people, what they’re striving for, their challenges and how they see themselves in the world.”