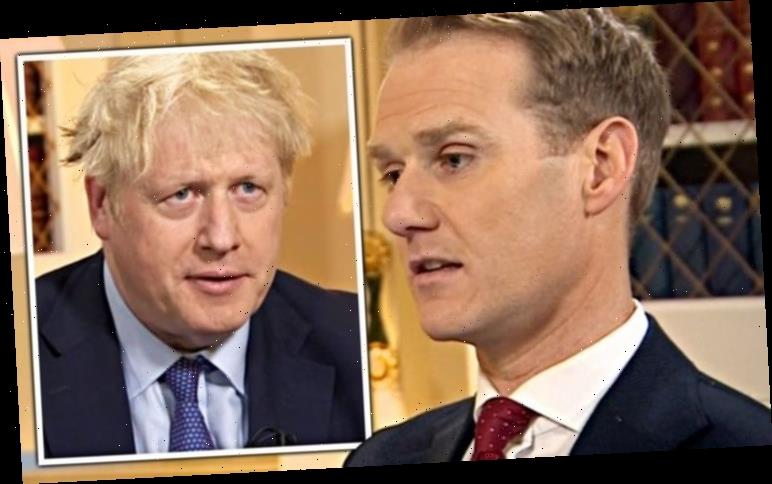 Dan Walker spoke exclusively to Prime Minister Boris Johnson this morning (January 14) about everything from Iran and Meghan Markle to Brexit and Boris’ most recent holiday. However, the interview fell short for several BBC Breakfast fans who claimed Dan Walker ‘just isn’t good enough’ after he failed to get control of the conversation.

Viewers watched as Dan Walker was left standing outside of Downing Street this morning because he wasn’t allowed in until the time stipulated by the Prime Minister.

And so fans watched as Walker interviewed different correspondents on the doorstep as they waited in the dark.

Walker started the conversation talking about Iran, he asked: “You said about dialling down but the reason this was dialled up was the death of General Soleimani 10 days ago, where were you when you first heard about that? 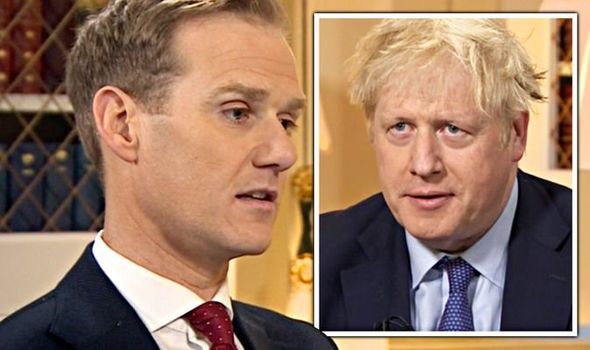 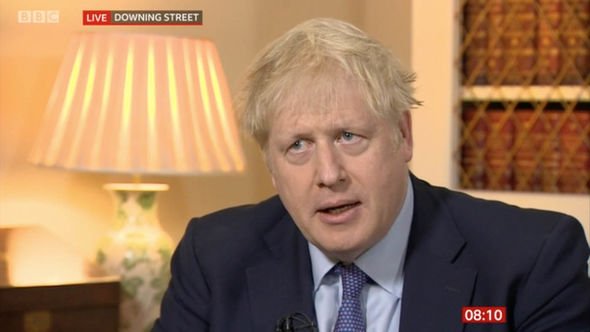 Walker interrupted: “Were you on holiday? You were on holiday, weren’t you?”

Johnson chipped in: “I was, I was. It’s no secret, it’s no secret and we got a good European response to the crisis we worked with the Americans and with, of course, we talked to the Iranians.”

Walker had to work hard to keep Johnson on track and get through all his questions in the half-hour time limit.

At one point he was forced to stop Johnson in order to move on, but it seems the whole interview has angered viewers. 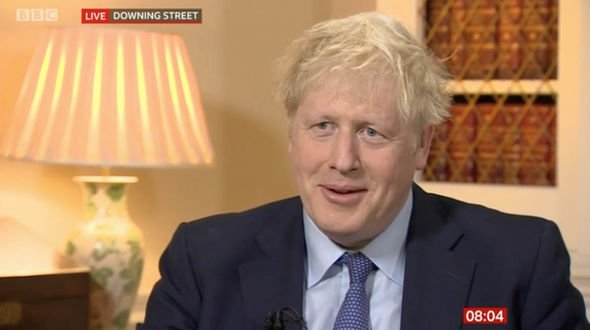 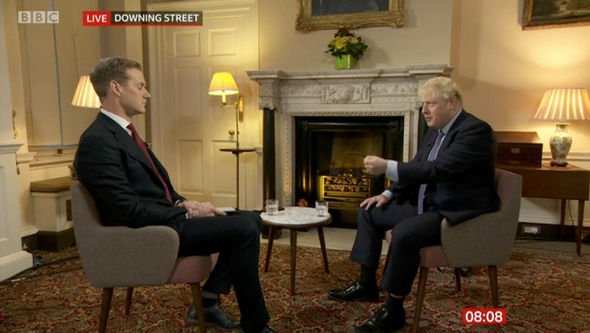 Walker quickly moved onto the most recent news that Prince Harry and Meghan Markle have decided to step down from their senior roles in the Royal Family.

Walker asked: “I understand that your job is very separate from the royal family but you have not dodged tricky issues in the past, do you have sympathy for Harry and Meghan?”

Johnson continued: “I have not dodged tricky issues in the past so therefore I must not dodge this? My view is that I am a massive fan of the Queen and the Royal Family as a fantastic asset for our country, I am absolutely confident that they are going to sort this out, and I think they are going to sort this out easier without a commentary of me.”

One tweeted: “Walker is just not good enough,” quickly followed by another viewer who said: “Hopeless questioning poor prep you want brief answers shorten your blinking questions and stop interrupting PM as he attempts to answer this has become typical BBC trying to bulldoze their agenda by attempting derailment head of govt. Lots to do time to reassess BBC.”

“Terrible interview. Didn’t really hear any proper answers. What will change specifically in the next year for the North? General waffle about things being better. Why not challenge him? Wasted opportunity.” explained another.

And a fourth tweeted: “Watching Dan Walker asking Johnson if he’s doing veganuary sums up why he got the gig instead of Andrew Neil #Johnson.”

Another said: “Shame that @BBCBreakfast wasted 30 minutes by giving the Johnson interview to @mrdanwalker, really disappointing, soft, no hard-hitting questions, no holding to account.

“Charlie Steyt or @BBCNaga would have made a much better use of the time.”

One added: “Managed to stomach (just about) most of the @mrdanwalker @BorisJohnson interview. However, it was full of blustering rhetoric & devoid of any content.

“Apparently the PM ‘has the utmost respect for HM the Queen’ – which begs the question “so why did you lie to her, then?”

BBC Breakfast continues tomorrow at 6am.