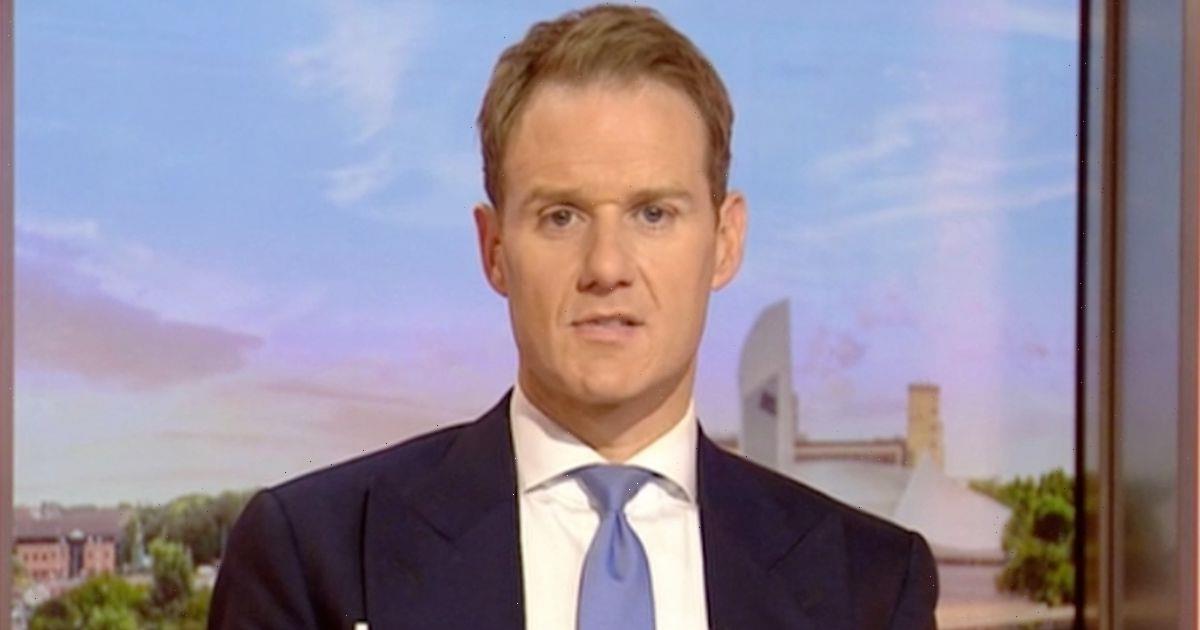 BBC Breakfast star Dan Walker fired back at a viewer on Twitter – after they questioned the host's fashion choice.

The BBC presenter, 44, is always seen in a smart suit when he anchors BBC Breakfast on weekday mornings.

However, he took to Twitter to respond to one baffled fan who had a question about his on-air outfits – and he couldn't help giggling at their comment.

Tuesday's broadcast (March 8) saw Dan return to the studio with his co-star Sally Nugent, and he looked smart as ever with a jacket, shirt and tie.

He also wore matching dark trousers for the cameras, but a Twitter user thought the broadcaster was wearing something else.

They asked: "Is @mrdanwalker wearing jeggings this morning on @BBCBreakfast?"

Dan was quick to clarify the fan's confusion on the micro-blogging platform, and he wrote: "No he isn't", alongside the hashtag:" #RegulationTrousers."

The fan replied: "It must be a trick of the light!", adding a laughing-emoji of their own.

It wasn't long before Dan's fans flocked to comment on Dan's fashion sense.

One wrote: "He has to wear what the BBC tell him to wear!"

Later on, Dan thanked viewers for tuning in to his show as he knew the Ukraine war coverage is a "tough watch".

Dan said: "Thanks for being with us on #BBCBreakfast this morning. We know it’s a tough watch at the moment but we are trying to bring you the latest from #Ukraine.

"We’ll continue to speak to our correspondents and Ukrainians about what they are facing at the moment."

Earlier this month, Dan was forced to break news of an "awful" Russian missile strike on a government building in Kharkiv.

Watching footage of the blast, Dan said: "It looks awful, doesn't it?", to which Sally agreed: "Yeah."