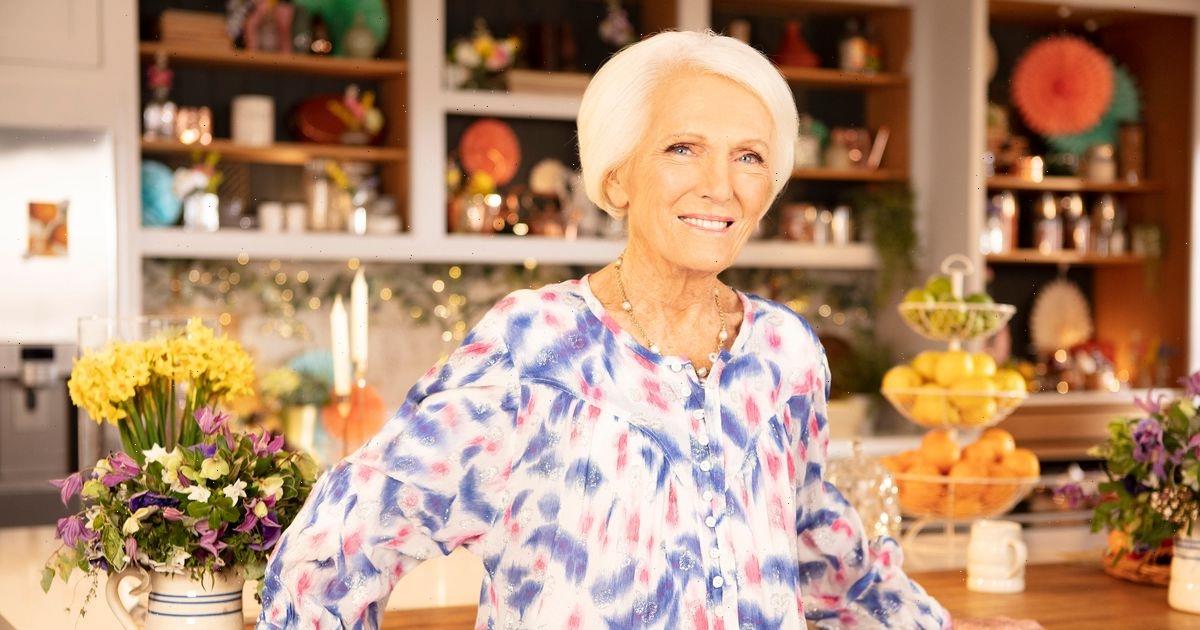 Dame Mary Berry has opened up about her "exciting" new role as a pudding judge for the Queen's Platinum Jubilee celebrations ahead of her new three-part series for BBC One, Mary Berry's Fantastic Feasts.

The 86 year old said: "I’m looking forward to the celebrations for the Queen’s 70th anniversary and of course judging the Platinum Pudding competition. How exciting!"

The Queen of Cooking is back helping inexperienced chefs learn some kitchen skills. Join Dame Mary Berry as she helps fireman Mark, youth worker Callum and boxing instructor Thaer create a fantastic afternoon tea to give as a thank you surprise to Soraya, who runs a local youth charity.

She also has a couple of secret ingredients. Her celebrity helpers are Capital FM star Roman Kemp – who recently opened up about his struggles with mental health – and Celebs Go Dating’s Tom Read Wilson, who she dubs "hilarious."

However, this won't be an easy ride for Mary and her teaching skills will be put to the test. After all, Thaer has previously had to throw burnt pots away and Mark has never followed a recipe in his life.

Mary isn't worried though: "Teaching cookery is a huge passion of mine, it’s in my DNA, so I wanted to share my knowledge and encourage beginner cooks."

She added that her celebrity helpers aren't actually must help either, saying: "Roman, can you believe, had never had a cup of tea! And when he tastes it, he says, 'Well it’s like hot water,' so I was really mean asking him to go and choose the tea for the Tea Party as he really didn’t know what he was doing!

"Tom’s mission is to find the best strawberry jam, so I send him off to make some with the local Women’s Institute. He really enjoys this, it’s just up his street. In fact, he wants to join the WI!

I think he was in his element, making the jam and putting it all in those very attractive jars, with beautiful labels put on – he was very pleased with himself!"

As well as judging the Platinum Pudding competition, Mary also has her husband's birthday to look forward to.

"My husband has a special birthday in March and we’re actually having a family lunch to celebrate," she revealed.

"I’m doing one course, Annabel our daughter is doing the main and our daughter-in-law is doing another course. I think if you’ve got a special occasion to cook for, it’s lovely to share it. Just do a section of it each between family or friends and it’s a lovely present, isn’t it?"