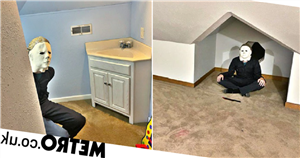 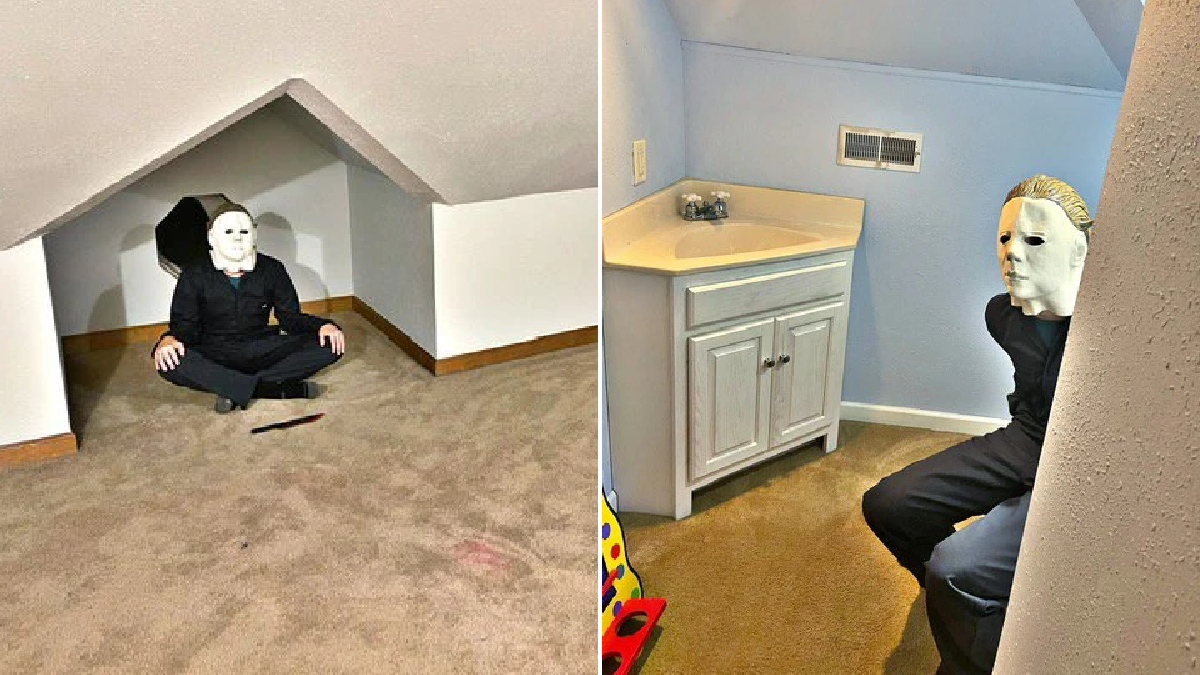 On the hunt for a home and feeling particularly brave?

A seemingly innocent-looking property has gone viral thanks to an unsettling figure lurking in the background of some of the photos – dressed disturbingly as the killer from the Halloween film franchise.

Owners Danielle, 40, and Owen Sullivan, 53, evidently decided to help the property stand out from the pack by paying homage to the classic horror flick, and having someone pose in the background wearing a white mask and holding a knife.

In one shot, ‘Michael’ pokes out from behind a curtain, while in others he sits ominously in the background, legs crossed and staring into the camera.

That’s a special kind of ambience.

One particularly creepy photo shows him sitting on the stairs, holding a knife.

Another corker just shows his legs and the tip of the blade.

The kitchen has French doors leading to the courtyard and a breakfast bar/island. And outside, you’ll find a deck and garden space, as well as cute stone steps leading to the home.

The spacious home might need a bit of an update (and possibly some kind of exorcism to sort Michael out), but it’s definitely got potential.

The comments online seemed pretty focused on Michael over the house itself, however, with one viewer writing: ‘But why is Michael Meyers in socks and no shoes?’

Someone else quipped: ‘So long as he cooks and cleans, we will have no problems.’

Others took more umbrage with the house than the killer costume, with one critic commenting: ‘That bathroom is the true horror.’