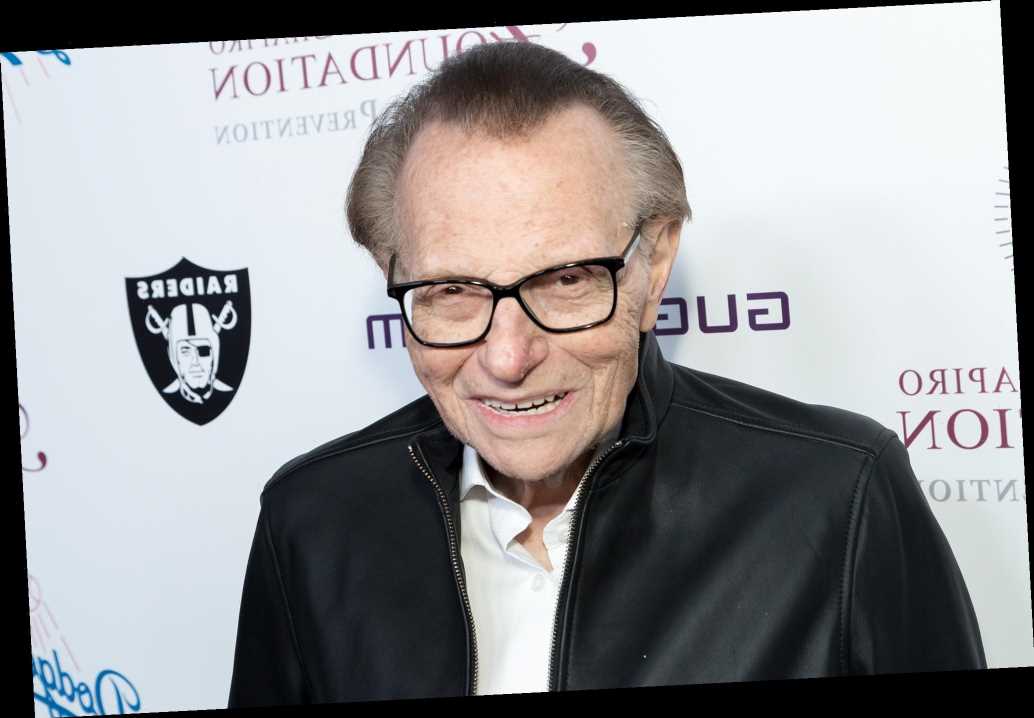 Larry King's fans and famous friends are mourning his death.

The broadcasting legend died on Saturday at Cedars-Sinai Medical Center in Los Angeles. He was 87.

"Larry King was a giant of broadcasting and a master of the TV celebrity/statesman-woman interview," wrote CNN chief international anchor Christiane Amanpour.

"His name is synonymous with CNN and he was vital to the network's ascent. EVERYONE wanted to be on Larry King Live," she added. "May he Rest in Peace."

TV host Craig Ferguson also shared a touching tribute as he reflected on how much he learned from King over the years.

"Just heard the awful news about Larry King. He taught me so much. He was a true mensch. He probably even taught me that word," Ferguson wrote. "So long pal, thanks for all the laughs. Say hi to Rickles."

"RIP Larry King," added Andy Cohen in another tribute. "I loved the easy breezy format of his CNN show, and his amazing voice."

"Thanks for the countless interviews and insights, Larry King. You understood human triumph and frailty equally well, and that is no easy feat," actor George Takei wrote. "There was no one else like you, and you shall be missed. Rest with the heavens now."

"With profound sadness, Ora Media announces the death of our co-founder, host, and friend Larry King, who passed away this morning at age 87 at Cedars-Sinai Medical Center in Los Angeles," read a post shared on King's Twitter account.

"For 63 years and across the platforms of radio, television and digital media, Larry's many thousands of interviews, awards, and global acclaim stand as a testament to his unique and lasting talent as a broadcaster," the statement continued. "Ora Media sends our condolences to his surviving children Larry, Jr., Chance, Canon and the entire King family."

"We mourn the passing of our colleague Larry King. The scrappy young man from Brooklyn had a history-making career spanning radio and television. His curiosity about the world propelled his award-winning career in broadcasting, but it was his generosity of spirit that drew the world to him," CNN president Jeff Zucker wrote in a statement.

"We are so proud of the 25 years he spent with CNN, where his newsmaker interviews truly put the network on the international stage. From our CNN family to Larry's we send our thoughts and prayers, and a promise to carry on his curiosity for the world in our work."

Although a cause of death was not given, King's death comes weeks after news of his hospitalization due to COVID-19 was made public on Jan 2.

"Larry has fought so many health issues in the last few years and he is fighting this one hard too, he's a champ," a source close to the King family told ABC News at the time.

Funeral arrangements and a memorial service for King will be announced at a later time.