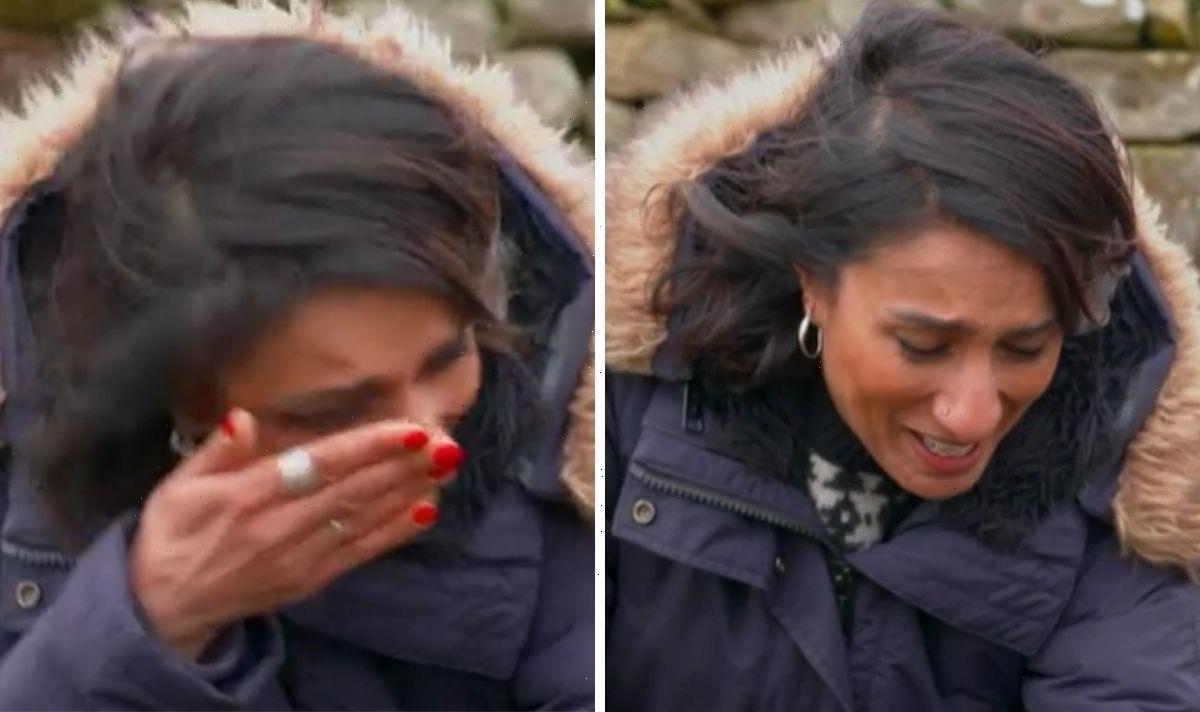 Countryfile: Farmer tries to bring dead lamb back to life

On Sunday night’s Countryfile, Adam Henson gave BBC viewers an insight into his lambing shed as the farmer prepared to welcome a number of new arrivals onto the farm. Elsewhere, Anita Rani got to experience something brand new when she helped 15-year-old shepherd, Katie, to deliver the lambs on their farm in Cumbria.

Despite helping to bring a number of newborns into the world, things took a turn when Anita and Katie discovered a lamb had been abandoned by its mother.

“It’s been a busy morning in Cumbria, I’ve already delivered my first ever lambs,” the host began.

“I saw young shepherdess Katie deal with a very tricky birth and I met the cutest orphan lamb, but plenty more challenges still lie ahead.”

Katie led Anita as they went to check on the sheep in the field as they needed to see if any had given or were close to giving birth.

The farmer explained that, usually, they leave the ewes to give birth on their own in the field as they were bred to be outside.

However, if there are complications, they will step in to help them.

When asked what they were looking for, Katie explained: “So we’re just seeing if any of them are showing any signs of lambing.

“They tend to pull themselves away from the pack, that’s the very first early sign of lambing and then they’ll start to paw to the ground… sitting down, standing up again, just looking a bit uncomfortable.”

After spotting one lamb on their own, Katie panicked and they ran over to see if it was ok.

“I hope I’m not too late,” she said as they sprinted across the field.

“It’s quite cold,” she added as she picked up the lamb and started swinging it from side to side.

Katie proceeded to blow air into the lamb’s mouth, rubbing it on the side in the hopes it gave a breath of air.

“You just got to work them to try and get the heart going,” she told Anita.

However, it was quickly apparent that the lamb couldn’t be saved.

The Shepherdess explained: “I think unfortunately because the mother hasn’t licked it, I think it might have died.

“I’ll just keep working on it because sometimes they can come back.”

As they tried to revive the lamb one last time, Anita began to break down in tears as she admitted: “I’m quite upset.”

“It is upsetting really,” Katie replied. “Unfortunately we just missed it, but that is just one of the risks when you take lambing outside.”

The host sobbed as she added: “I guess it’s just nature, isn’t it? I am really upset.”

Anita later said: “I found that really emotional and that’s because it’s my first experience but this is like reality for you isn’t it.”

“It is but it is still upsetting,” she admitted before adding it is something she is used to now.

Countryfile airs on Sunday at 6pm on BBC One.