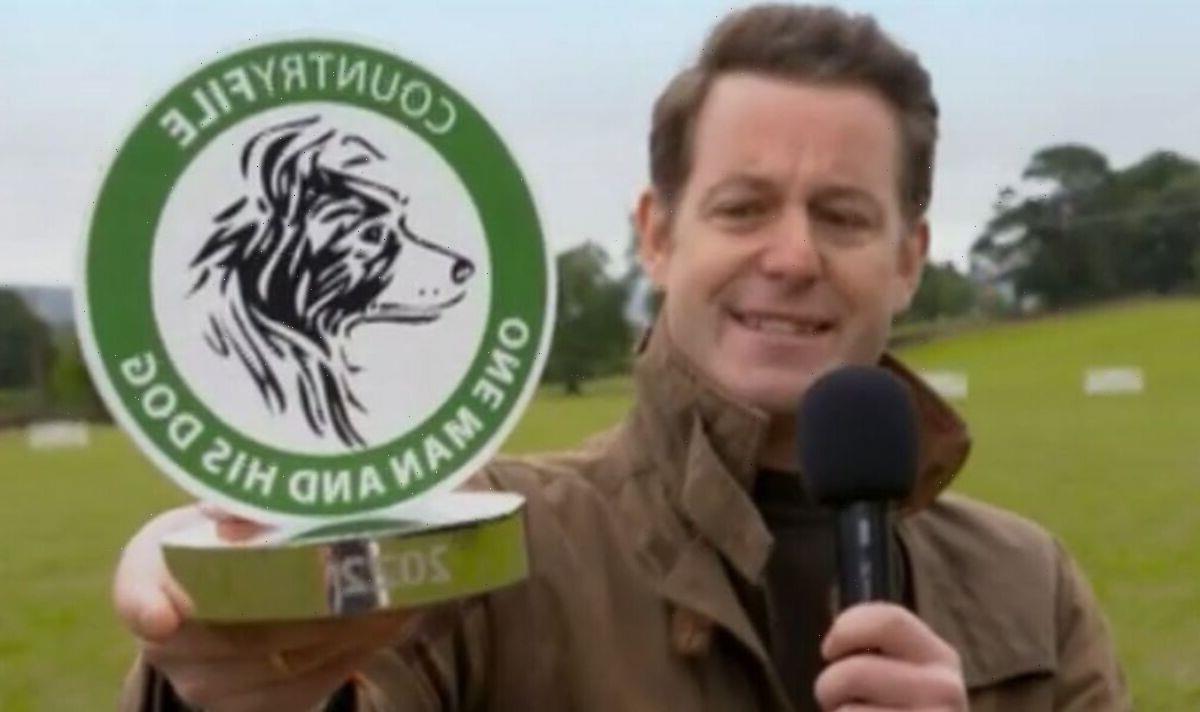 Countryfile: Matt Baker introduces 'One Man and his Dog' special

On Sunday night’s Countryfile, Matt Baker returned with this year’s coverage of the One Man and His Dog event. The BBC presenter met with four of the UK’s top handlers and their sheepdogs, who competed at the Bodfari course in front of judge Mike Northwood.

However, the Countryfile special left viewers divided, and while some were loving the programme, others felt the title, “One Man and his Dog’, should have been more inclusive.

Mark Edgar tweeted: “When will this awesome competition be called “One Person and their Dog”.”

Alexia went on to ask: “Wonder if there are any female competitors in today’s @BBCCountryfile #OneManAndHisDog? Oh yes, there is, time to update and consider inclusive language me thinks.” (sic)

“Is it really still called ‘one man and his dog’?” Dr Kate Leonard asked.

While Phil Groom added: “C’mon @BBCCountryfile— “One Man and His Dog”??? Ever heard of #InclusiveLanguage? #SoLastCentury!” (sic)

Lars Nielsen pointed out: “Watching “One MAN and HIS dog”. The first competitor is a woman. Time to change the name of the competition?” (sic)

Duncan French said: “English lawyers – is “one man and his dog” / sheepdog trials a sport?! Asking as watching @BBCCountryfile and pondering the big questions!!!!” (sic)

Viewers also shared snaps of their own dogs watching the show on social media.

While Ed James added: “Randomly found myself watching Countryfile and can’t take my eyes off the final of #onemanandhisdog it’s compulsive! @BBCCountryfile.”

Jenny S penned: “In my element watching #Countryfile, it’s like one man and his dog all over again! Dogs are so clever, I have gone to trials and watched agility too all my life…I can watch things like that for ages, even my first dog used 2 watch with me!” (sic)

Introducing the programme, Matt said: “This unassuming field in the Derbyshire Hills is about to enter into the history books as the stage for One Man and His Dog.

“Four of the top sheepdog handlers from England, Ireland, Scotland and Wales are here, all hoping to get their hands on this prestigious title and become champions of One Man and His Dog 2022.”

As Matt stood where the trials would be taking place, the host explained the land was built as a boundary for the King’s Kingdom and the Welsh.

“And anybody who is up there today having a good hike is in for a real treat because they are going to get a cracking view of our trial.”

As he held up the prestigious award, he concluded: “And the competitors hoping to get their hands on this, the Man and His Dog trophy.”

Countryfile returns on Sunday at 4.45pm on BBC One.