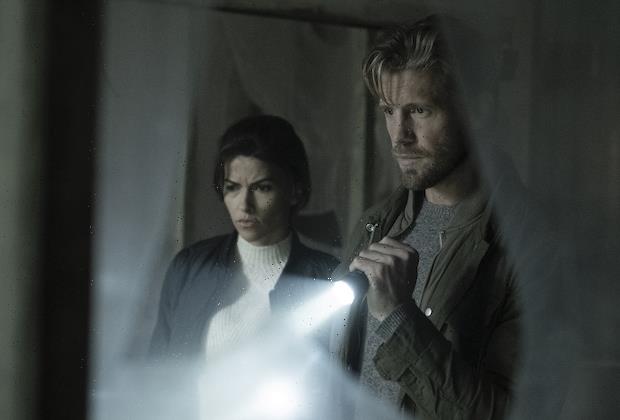 Now that Blood & Treasure Season 2 is finally seeing the light of day, streaming new episodes every Sunday on Paramount+, fans are wondering how vested — if at all — they should be in sharing even more adventures with Danny and Lexi.

“At Blood & Treasure, we have a kind of ‘never say never’ and ‘never say die’ [attitude],” series co-creator Matthew Federman told TVLine when asked about the prospects for a Season 3. “It’s like, who knows? If the numbers are really good, we could always bring the band back together. We have a ton of stories we can tell in this world.”

Speaking of “the band,” co-lead Matt Barr has a new series, The CW’s Walker Independence, launching this fall. And while that would seem to encroach on the actor’s availability, the fact that The CW and Paramount+ both fall under the Paramount fka ViacomCBS banner might work in the globe-trotting drama’s favor — if there is a yen for Season 3.

“We’d cross that bridge if we ever came to it,” Federman said on Twitter recently, when asked about Barr possibly pulling double duty, “but it’s the same corporate umbrella, so I think it could be worked out.”

Barr himself, meanwhile, seemed gung-ho for hunting more treasure and risking more blood when TVLine spoke with him at The CW Upfronts. Attesting that fans will clamor for more after seeing the Season 2 finale — “They will, you bet! You bet!” he avowed — the actor then quipped, “Five years later we’ll release Season 3!”

For Blood & Treasure co-creator Stephen Scaia, just getting Season 2 in front of everyone — after three full years, and navigating much pandemic-era globe-trotting for the production itself — is a huge win.

“The miracle for me was being able to finish that second season during a pandemic, traveling the world, shooting on three different continents over however many months” — including one government-mandated break — “and everyone made it through healthy,” Scaia told TVLine. “We went through so much to get it on screen for everybody, and I think that’s a victory in and of itself, outside of where the story goes from there.”

Want scoop on Blood & Treasure, or for any other show? Email [email protected] and your question may be answered via Matt’s Inside Line.