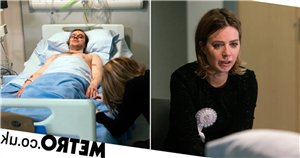 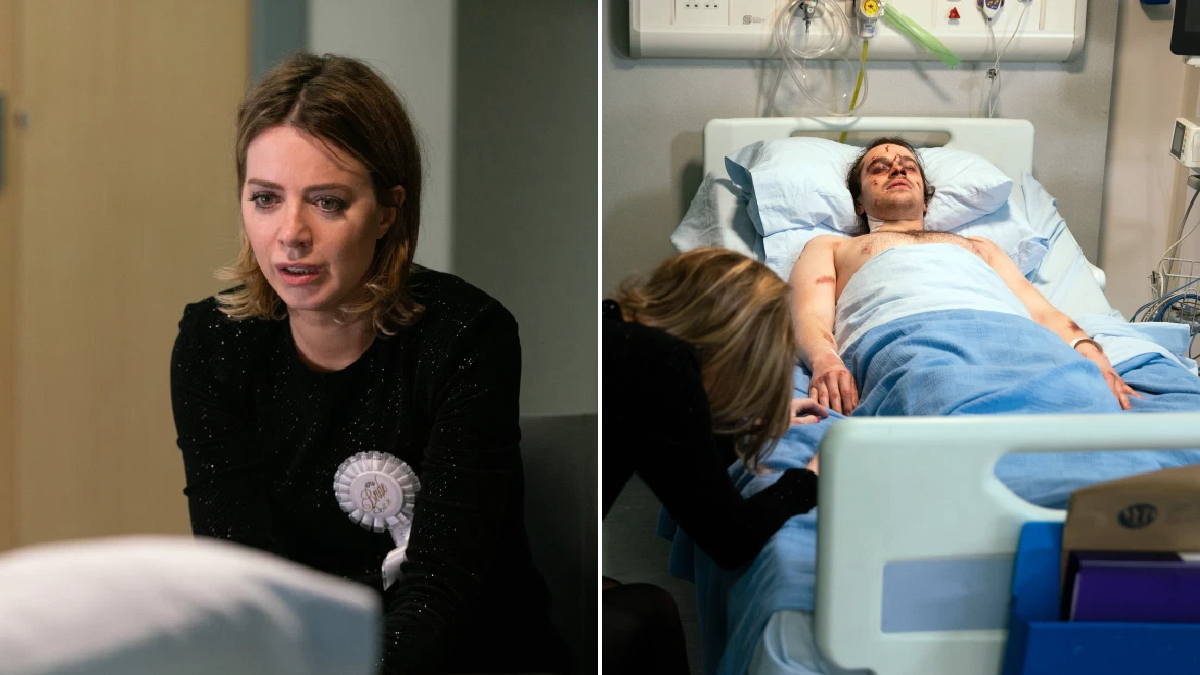 After Seb and Nina (Mollie Gallagher) were attacked by Corey (Maximus Evans) and his drunken gang, the couple were rushed to hospital. As the doctors and nurses worked to save Seb and Nina, Abi was told that a ventilator was the only thing keeping her son alive and was forced to say goodbye.

Working alongside The Sophie Lancaster Foundation, Corrie decided to tell this hard-hitting storyline to explore the prejudice so often suffered by people from stigmatised minority groups.

Seb and Nina’s violent assault scenes had similarities to what happened to Sophie Lancaster and her boyfriend Robert Maltby in 2007. The couple were set upon and beaten in a park simply because of the way they looked and as a consequence of the attack, Sophie died from her injuries.

In scenes that aired during the second half of Wednesday’s episode of the ITV soap, the police interrupted Abi’s hen party to break the news that her son had been attacked.

Harry Visinoni has played Seb Franklin for five years and has worked with Sally in some difficult storylines for the mother-son duo.

They’ve been through a lot, and Sally Carman recently told Metro.co.uk and other press how she felt when she discovered Harry would be leaving his role as Seb:

‘It was bittersweet as I knew I’d no longer be working with Harry as he was obviously going to be leaving. That was difficult but I do speak to him outside of work so it’s not the end of the world.’

‘From an actor’s point of view, it’s a brilliant opportunity to flex your acting muscles’ Sally added, when asked how she felt when she first heard about the storyline.

‘I knew it was a story which would have a social comment, I knew it was important too so it was something I was really excited about. The more we can do about getting information out about it and opening avenues for people to talk and report hate crimes, the better.

You can read a story about something happening to someone and it’s not personal, but when something happens to a character on Corrie who you love, it becomes personal and it gives you a deeper level of empathy and awareness that these are people’s daughters, brothers, sisters and it could impact anyone of us.’

It’s a reminder to be kind, we are all just doing our best.’