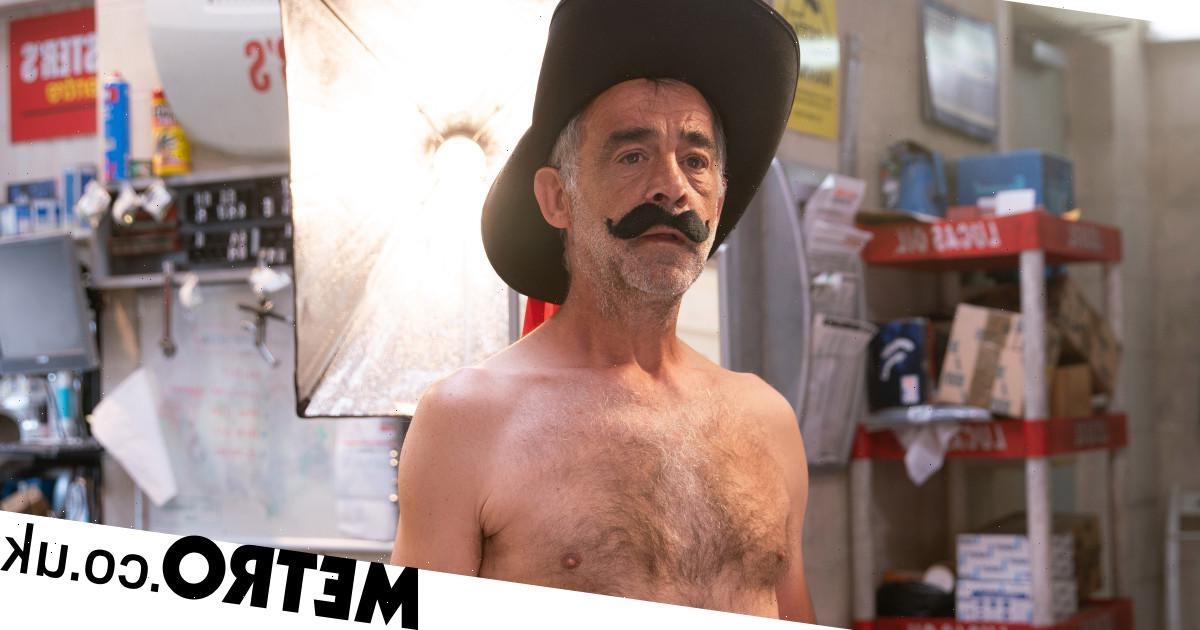 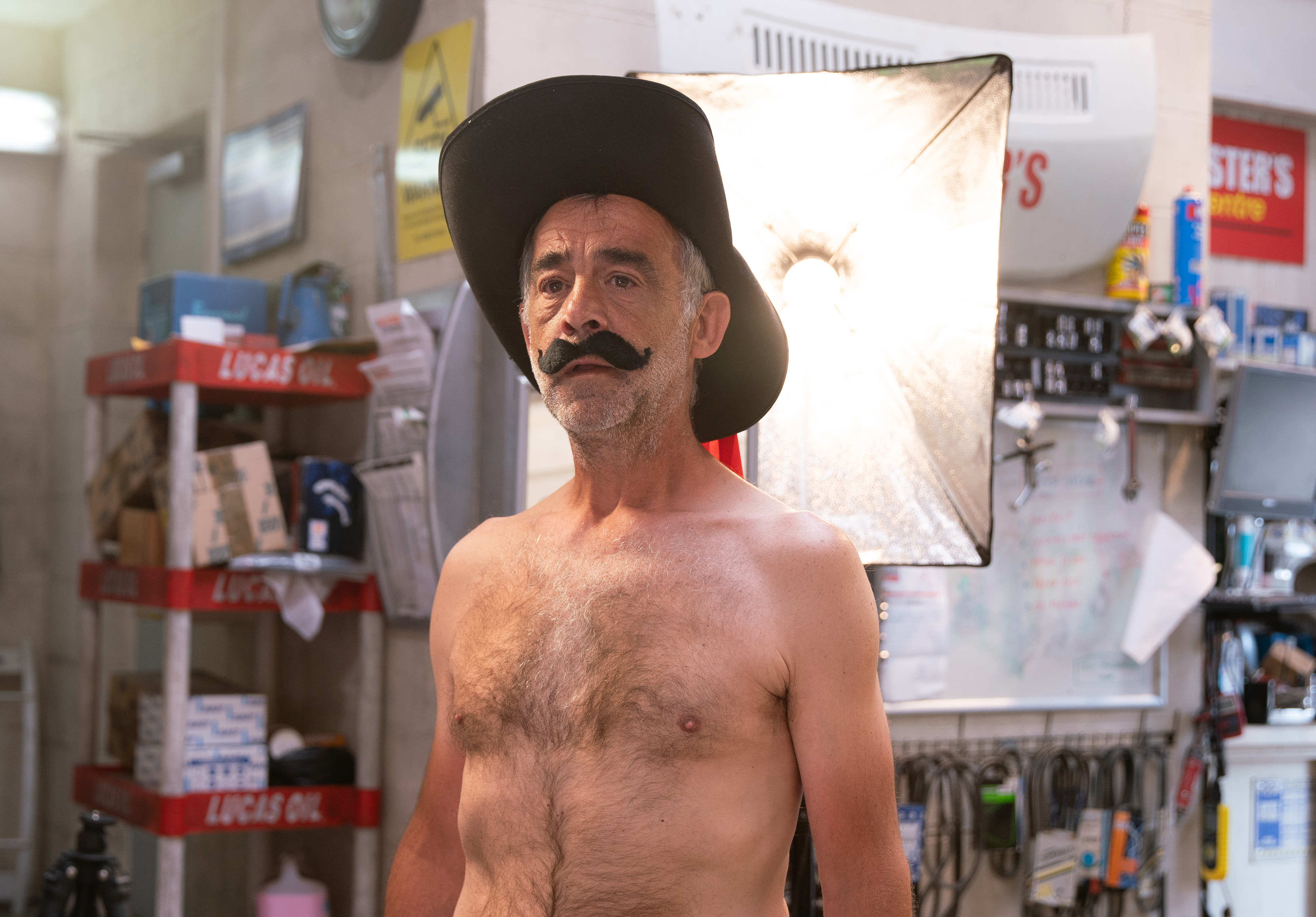 Kevin Webster (Michael Le Vell) causes quite the stir in Coronation Street next week, as he strips off all his clothes!

But before you start jumping to conclusions, it’s all for a good cause, as he’s taking part in the naked photoshoot organised by Curtis Delamere (Sam Retford).

Brian Packham (Peter Gunn), who is taking the picture, sets up his camera for the photoshoot in the garage.

And with that, the scene is set, and all that’s left to do is for Kevin to drop his robe.

He does just that, as he prepares to pose for Brian, but little does he know that Abi Franklin (Sally Carman) has arrived at the garage!

Abi is, of course, stunned to be faced with Kevin, who is completely naked.

And it’s not just Kevin that’s getting his kit off, as Dev Alahan (Jimmi Harkishin) strips for the calendar shoot too.

Debbie Webster (Sue Devaney), however, gets more than she bargained for when she enters the shop to find Dev in all his glory!

The shop owner, horrified, darts between the aisles in an effort to cover his modesty!

The naked calendar shoot first comes about when Curtis, desperate to assist Steve in reaching his target of £100,000 for Oliver’s fund, suggests it to Emma Brooker (Alexandra Mardell).

Steve, who had managed to raise £96,000, was contemplating leaving it at that, but Curtis is determined to get him to his goal.

With Emma’s assistance, he sets in motion his calendar idea, and in scenes which will air this week, they cleverly manipulate Steve into taking part!