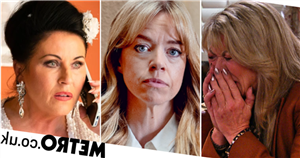 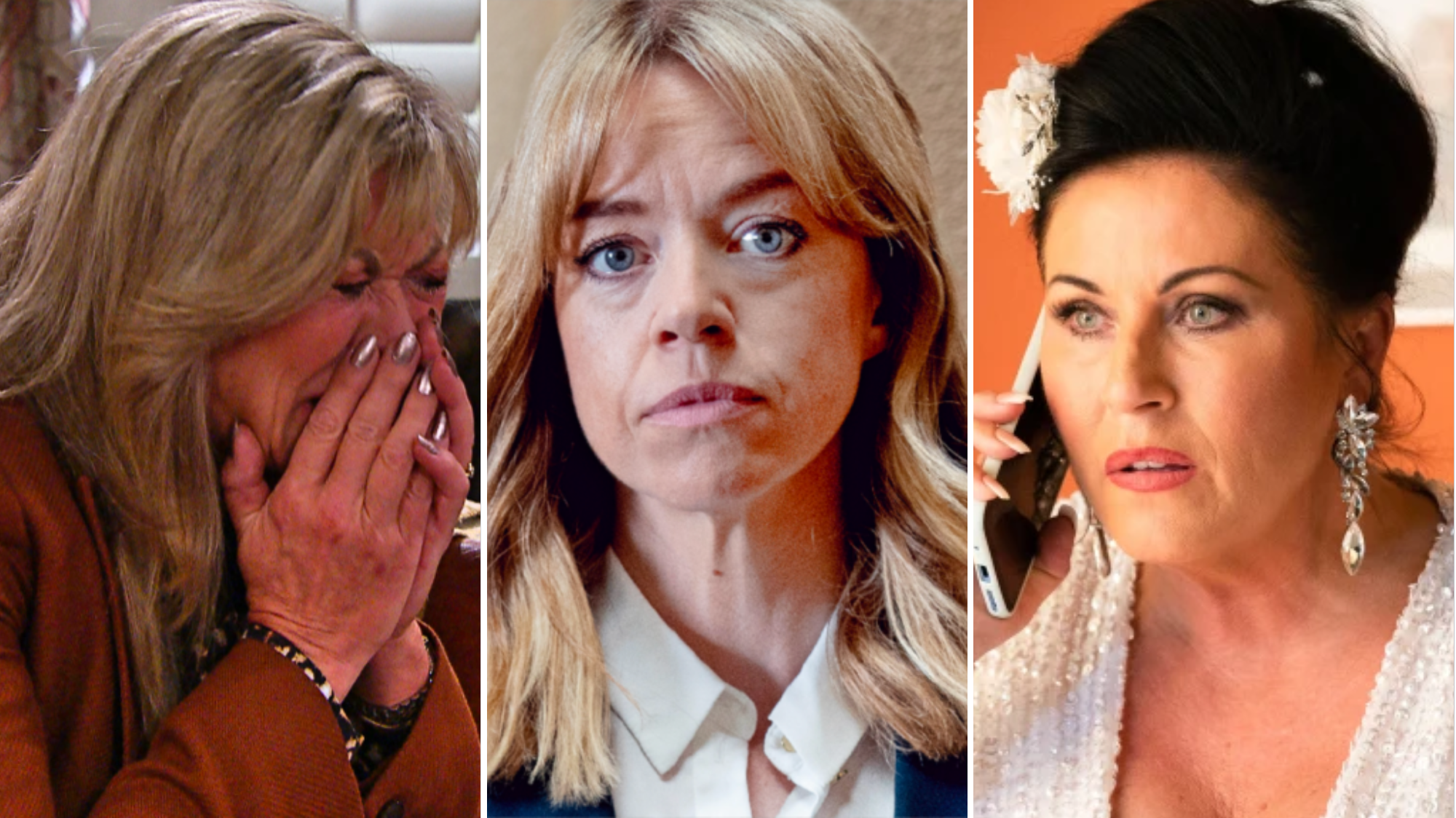 There are some huge scenes on the way in soapland, with the outcome of a trial and a shock wedding dilemma on the cards.

Kat Slater prepares to marry Phil Mitchell in EastEnders, but Sharon Watts is on the hunt to win her ex back by showing him that they’re meant to be together.

That remains to be seen. Over in Coronation Street, Toyah Battersby’s big day in court arrives, but will the truth about the circumstances surrounding the crash be revealed?

Over in Emmerdale, Mackenzie Boyd comes to a huge decision about his one night stand, while Hollyoaks’ James Nightingale’s actions come back to haunt him.

It’s all kicking off in soapland, and we’ve got all the latest spoilers you could possibly need.

Toyah cries over Alfie’s pram, apologising for taking his dad away, after Abi allows her to take him for a couple of hours before court. Ahead of her trial, she confesses to Spider that she did intend on killing Imran, as she crashed the car on purpose! Leanne walks in and is left reeling, having heard her sister’s confession.

The trial subsequently kicks off. Adam and Kelly are called as witnesses, while Saira tells the court how she saw Toyah kissing Spider, and thus suspects she was having an affair, claiming this must be why she killed Imran. Leanne does her best to defend her sister, and before long, the jury delivers their verdict.

The day of Phil and Kat’s wedding arrives, but Sharon is on a mission to win back her man, handing him a photo of them together, hoping to make him sense. Phil, however, reiterates that he’s marrying Kat.

Kat receives a huge shock when Alfie shows up on her doorstep, begging her not to marry Phil, but Kat puts him in his place. Phil arrives and squares up to Alfie – but Kat assures Phil that she’ll meet him at the altar. Once Phil has left, Alfie tries his luck once more, but Kat forces him to go. Alfie arrives back at his canal boat and realises Bert and Ernie snuck in his van with him, which ultimately makes Kat late as she heads off to retrieve her kids.

Kim makes a discovery in Emmerdale

Kim is stunned to find out that Hazel has been in an accident, and upon visiting her in the hospital, her world comes crashing down as Hazel reveals that not only is Jamie alive, but that he pushed her down the stairs! Hazel fills Kim in on Jamie’s time with her, insisting that she know all about what her precious son has been up to.

Millie is shy upon arriving at Home Farm with Kim. Kim, meanwhile, is struggling in the wake of finding out Jamie is still alive, and alone with her thoughts, she smashes up the Home Farm living room before breaking down.

Sid opens a letter to find out it’s from Victor in prison, and he’s left visibly shaken as a result. Lizzie, meanwhile, has a brainwave and subsequently surprises Sid with the notion of them both going travelling. Sid, however, cannot stop thinking about Victor. Will he open up to Lizzie about what’s on his mind?

Stu gets a horror surprise in Coronation Street

A man rocks up at Speed Daal, explaining that he was a mate of Charlie’s – the girl that Stu ‘murdered’. In tense scenes, he produces a box and removes the lid – but just what has he unleashed?

Dotty cheats on Vinny in EastEnders

Vinny grows jealous of Finlay’s friendship with Dotty and as the tension grows, Vinny punches him. Ash offers some reassuring words to Vinny and he tries to call Dotty, unaware Dotty and Finlay are sleeping together.

Mackenzie reveals who he cheated on Charity with in Emmerdale?

Mackenzie is riddled with guilt over his one night stand and he plans to tell Charity the truth. His plans are soon scuppered, however, and he ends up following Charity upstairs! Charity, meanwhile, is thrilled when Mack surprises her with a trip to Ibiza, and as she heads off to pack, Mackenzie receives a call, demanding that the person on the other end leave him alone.

James proposes to Norma that she scare Donna-Marie into selling the gym at a low price by arranging a break-in. However, James panics in the last second when he thinks his son is in danger, but it’s Leela who ends up getting hurt.

Kelly receives a holdall of her mum’s things, which she left in Spain, and as she scrolls through a digital camera, she’s stunned to see a holiday snap, dated as June 17, 2019 – aka, the date Rick was murdered! Determined to get answers, Kelly shows Gary the photos, asserting she wants to know who really killed her dad. Is the game finally up for Gary?

Linda supports Frankie after her ordeal in EastEnders

Frankie is disgruntled when Jack tells her that getting a conviction will be hard leaving Mick feeling helpless. She later spots Nugget and Denzel interacting with an uncomfortable Amy, increasing her rage even more. Linda tries to offer her support.